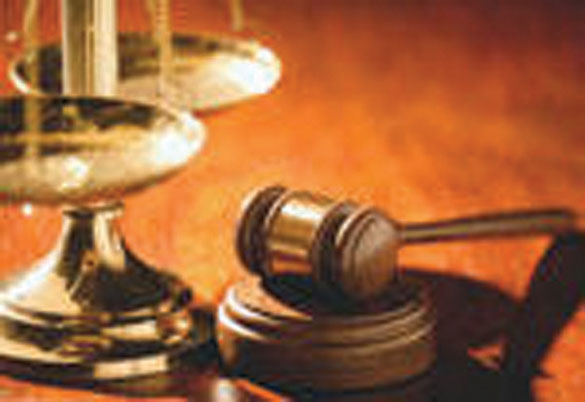 A preliminary examination for Joseph Gonzales on charges of negligent arson, child abuse, attempted distribution/possession with intent to sell a controlled substance, use or possession of drug paraphernalia, and trafficking, was continued. Assistant District Attorney Kent Wahlquist said the federal government is still investigating the case. Gonzales was arrested in connection with the May 4, 2016 explosion at a Los Alamos apartment complex.

Chihyuejim Kao was found guilty of assault against a family member and criminal damage to property in connection with a domestic disturbance at his home March 12.
Wahlquist agreed to drop a charge of battery against a household member. He said he had spoken to the victim, that Kao had never hit her but had broken a door at the residence. Kao was given a 180-days suspended sentence and placed on supervised probation for 180 days. He was given a $50 fine plus court costs for breaking the door.

Raymond J. Martinez received a 180-day suspended sentence and supervised probation for 180 days on a charge of assault against a household member. Martinez was arrested Feb. 11 after police responded to an incident at the victim’s place of work.

A bench warrant was issued for Johnny Lowance who failed to appear Monday for a status hearing on charges of aggravated driving under the influence, improper display of a license plate, possession of a controlled substance and use or possession of drug paraphernalia.

Joshua Montoya waived his preliminary on a charge of larceny over $2,500 and was bound over to District Court.

A preliminary hearing for Jeremiah Colson a charge of bringing contraband into a jail was continued until May 25.  He was arrested in Rio Arriba County Dec. 27, 2016 on charges of trafficking of a controlled substance and use or possession of drug paraphernalia and was transported to the Los Alamos Detention Center by New Mexico State Police Dec. 29, 2017. Soon after his arrival, Sgt. Tim Lonz was notified that Colson had allegedly been found with a homemade knife made from a copper spike with a black tape handle and green rope. Bringing contraband into a jail is a fourth-degree felony.

Adrian Taylor waived his preliminary examination on charges of fourth offense driving under the influence of drugs or alcohol and improper start of a vehicle. He was bound over to District Court.

A preliminary examination for Aleah Stahl on charges of shoplifting, tampering with evidence, and possession of a controlled substance was also continued because she did not have a public defender.

Daniel Merrill failed to appear for a preliminary examination on charges of assault and battery of a police officer. Public Defender Tyr Loranger asked Casados for an opportunity to make contact with Merrill as he had just been assigned the case.

Ashley Garcia’s preliminary examination on a shoplifting charge from 2016 was continued because she has a new attorney who needed become more informed about her case.​