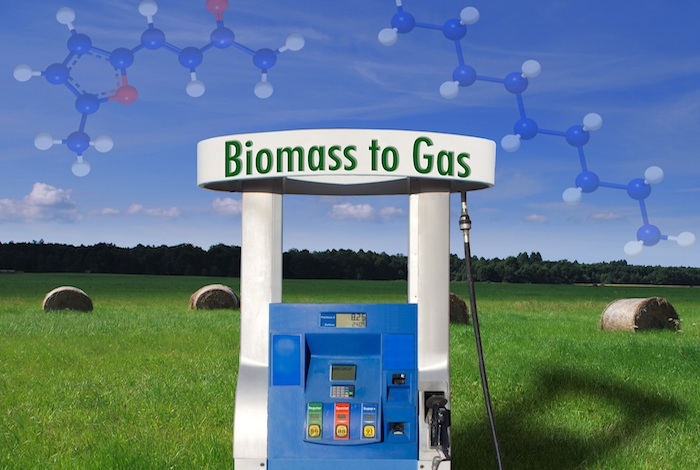 One of the more promising roads to energy independence leads away from crude oil and into the forests and fields.

For years, scientists have been seeking efficient means to convert non-food based biomass into fuels and chemical feedstocks, reducing fossil-fuel dependence and reducing greenhouse gas emissions.

To that end, Los Alamos scientists and collaborators from The University of Guelph in Canada published an article in the scientific journal Nature Chemistry this week that could offer a big step on the path to renewable energy.

The April journal article, “The hydrodeoxygenation of bioderived furans into alkanes,” describes how to take building blocks that are derived from glucose or cellulose (a carbohydrate that is a constituent of woody biomass and the most common organic compound on Earth) and couple them with other bio-derived building blocks to give new molecules that have between eight and 15 carbons in a row.

The researchers’ then convert these molecules into hydrocarbons that are similar to those found in gasoline and diesel, enabling an opportunity to synthesize drop-in fuel replacements or industrial chemicals such as polymers, pharmaceuticals and pesticides from biomass.

This work describes a completely new approach, an alternative route to convert this class of molecules to hydrocarbons that uses much less energy and has a very high degree of conversion to provide pure products. This very general method allows researchers to generate a range of alkanes from a variety of biomass-derived molecules. The team is looking to improve catalyst recyclability and scale-up methods.