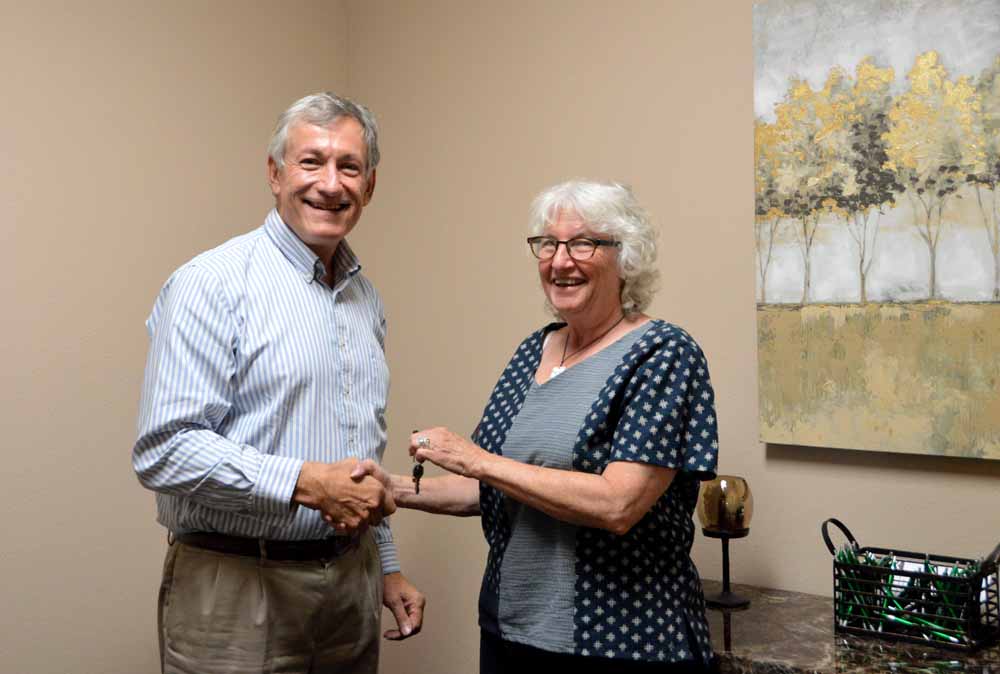 Due to a series of unfortunate events, longtime Los Alamos resident and recent widow Katy Korkos had reached the end of her rope at this time last year and feared she might become homeless.

Korkos owned and operated Katherine’s Restaurant in White Rock with her husband David for 23 years before selling to a man who defaulted on the arrangement after just six months. The building reverted back to Korkos and overtime and with the loss of her husband became a burden on her finances.

“The building was foreclosed on, my home was at risk, and I had very poor communication with my home mortgage lender,” she said. “Bankruptcy seemed like the most likely option for me, and even in that case I would have had to give up my home of 30 years because only a portion of one’s home equity is protected under bankruptcy proceedings. So needless to say, I was desperate.”

That’s when Steve Brugger, executive director of the Los Alamos Housing Partnership stepped in to help.

“Steve Brugger of the Los Alamos Housing Partnership, whom I had known from his time in the Planning Division at the County, heard of my dilemma and offered to help,” Korkos said. “He had also heard that a vacant property in Pinon Trails could be acquired – that it was not yet in foreclosure and could be available.”

Pinon Trails is in the same neighborhood in White Rock where Korkos lived. She had watched the home being built, and said she knew that they were beautifully designed.

“I also loved the design of the planned subdivision, which combined higher density houses with lots of open space,” she said. “The houses were all designed to be sustainable, with radiant floor heat and good-quality insulation and windows, and xeriscaping.”

At the same time Brugger was helping Korkos obtain a new mortgage, notwithstanding the judgment against her, he also was negotiating with the lender on the Pinon Trails house. He had to field dozens of phone calls from that lender, talking eventually with more than 20 different people who apparently didn’t talk to each other at all, she said.

“Steve shepherded me through an arduous nine-month process to get me into my new home by mapping out a plan to sell my old house to satisfy the bank, then satisfy the mortgage lender on the new house,” Korkos said. “We had a few setbacks, but Steve always had an alternate path forward, whenever we faced another roadblock. And the board of the Housing Partnership also stepped up when it appeared that I wouldn’t qualify for a mortgage on the new place, to assure me that they would try to provide me with a lease if I couldn’t get the mortgage.”

Katy Korkos signs purchase documents at the closing on her new home in Pinon Trails. Photo by Carol A. Clark/ladailypost.com 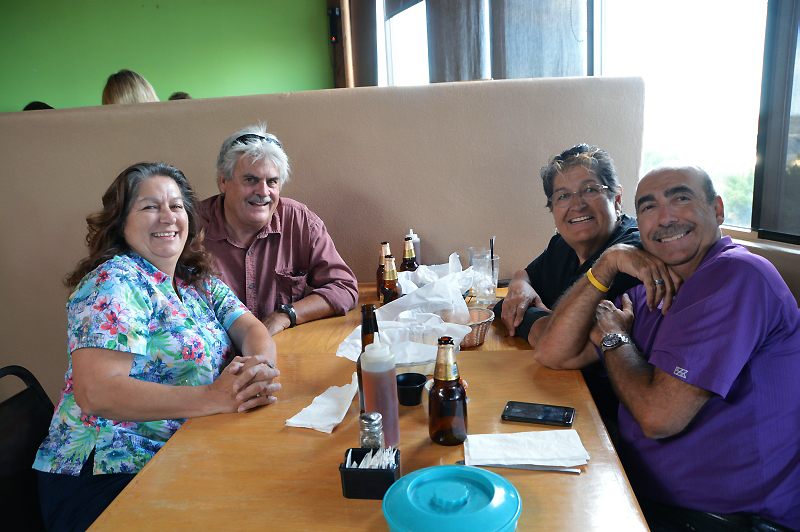 Brugger attended the closing when Korkos purchased her new home in Pinon Trails.

“Katy is the kind of person we strive to help and the reason why we do what we do each day,” Brugger said.

Korkos wrote a letter to the Los Alamos Housing Partnership Board and attended their board meeting following the closing of her new home to thank them in person.

“I came out of this process with a huge sense of gratitude,” she said. “I’ve nearly got everything unpacked now, and I’m feeling like I really belong here. My dog Sophie also is really happy in her new home.”

The Los Alamos Housing Partnership was incorporated as a 501©(3) non-profit corporation in December, 1994. The organization was established as a mechanism to help Los Alamos County implement a variety of housing programs and projects, although an independent Board of Directors for LAHP has provided leadership and established policy for the organization.

For approximately 17 years, LAHP’s one person staff was a County employee. Office space and other office expenses were contributed by the County, as well, along with ongoing operational support. In 2011, staff support from the County was eliminated, and LAHP hired its own part-time administrative staff. In 2014, LAHP prepared a business plan with the goal of becoming an independent, financially self-sufficient organization with its own full-time staff and office space. In 2015, LAHP hired its first executive director, Brugger, to implement Board-established policies and programs, which follow the adopted business plan.

Brugger has worked for 22 years in affordable housing in northern New Mexico. He holds a Master’s Degree in City Planning and an undergraduate degree in Economics, both from the University of Wisconsin–Madison. He also has an AICP certification from the American Planning Association and is a licensed Realtor.