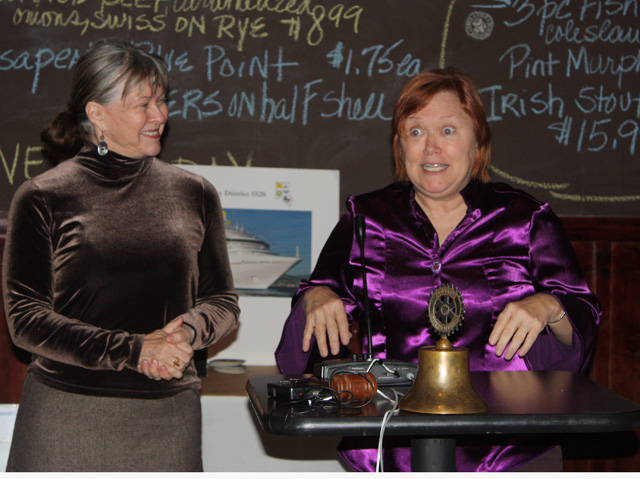 For non-thespians, the main attraction will be four one-act plays put on by companies from throughout the state.

Three companies are competing to go to the regional competition in Lafayette, La., as well as for first place honors at AACT Fest.

Two companies will be chosen for this honor. Young actors from the Las Vegas, N.M. company, Clearly Confused Productions, a project of Youth Theatre Showcase, will present a one-act, but are not part of the competition.

LALT won the regional competition and competed in the nationals in 1989. Although the company didn’t win, their performance led to an invitation to perform in Glasgow, Scotland, where they presented the full-length version of “Painting Churches,” their one-act competition entry.

Tonight, Clearly Confused Productions will present an original script, “Get Over It: A Second Chance.” Los Alamos’ own Little Theater will present a one-act version of “Van Choc Straw” by Mark Dunn. The full length version of the play debuted at LALT earlier this month.

This version of “Van Choc Straw” was produced as a radio play on KUNM radio in March 2012.

On Friday, see Lincoln County Community Theater’s production of, “Women and War” by Jack Cunningham and Sandia Performing Arts Company’s “The Last Act is a Solo” by Robert Anderson.

Saturday, Community Players of Hobbs will present “A Doll’s House” by Henrik Ibsen and finalists in AACT’s Monologue Competition will present their monologues.

General admission is $12 ($10 for students and seniors) for each night or $20 ($15) for all three nights. Tickets are available at CB Fox or at the door. Performances start at 7 p.m. Be prompt! No one will be allowed to enter the theatre after 7 p.m. for the first performance.

The plays will be adjudicated by a panel of three judges: Nancy Eppert, Dennis Gilmore and John Sullivan.

The technical aspects of the shows present a special challenge to the competitors. Each theatre company has to start with all their equipment in a 10×10 foot square. They have 10 minutes to set up, 60 minutes to perform and 10 minutes to strike the set.

“This is a really cool way to see how theater is constructed,” Fest Chairperson Eric Bjorklund said. “My theater education came from attending these events.”

AACT Fest is about a lot more than the competition performances. On Friday and Saturday, there will be workshops on Monologue, Stagecraft, Costuming and Play Writing. The public is invited to participate in these workshops, as well as in the Monologue Competition by registering for the entire Fest at $55, which is quite a bargain since it includes all AACT Fest events. A Silent Auction, two after-performance receptions and a Sunday Brunch are all part of the Fest.

Registration forms and more information can be found at www.lalt.com.

This the 70th anniversary of LALT, founded in 1943. Attending ACCT and cheering loudly for our local thespians is a great way to show your support.