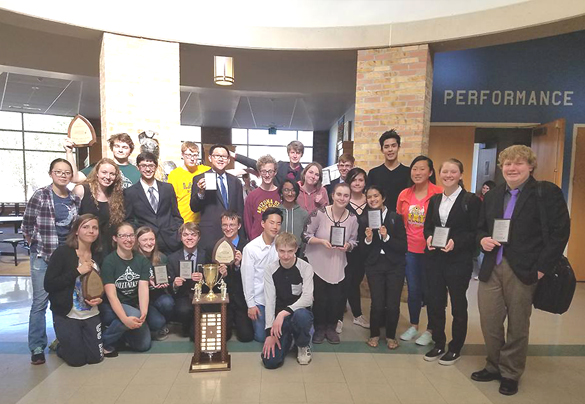 The Los Alamos High School Hilltalkers Speech and Debate team completed their tournament season with a strong finish by qualifying nine members of the team to the National Speech and Debate Association National Tournament in jUne in Birmingham, Ala.

A number of Hilltalkers earned alternate qualification at the tournament including:

“Ms. Engebrecht and I are very proud of all of our Hilltalkers and the hard work they have put into this activity. Most of them have been competing since they started on the Los Alamos Middle School Hawktalkers. The program at the middle school has created a strong high school Speech and Debate program that is nationally recognized for its vertical integration and collaboration,” Batha said.

“These chocolate bars are a delicious product and we hope that the Los Alamos community will help support us in our efforts to get these Hilltalkers to Birmingham in June,” Batha said. “We need these funds to transport and house chaperones and students and to pay our entry fees for the tournament.”