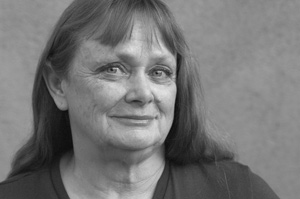 Louise Janecky, known as Loui by the gymnastics families of Los Alamos, has been elected by acclamation to the USAGymnastics’ newly formed National Xcel Committee.

The U.S. National and Olympic teams have been chosen from the top Level 10 gymnasts across the nation. Every eight years USAGymnastics changes the compulsory routines and the requirements for optional routines. This fall begins a new cycle of routines and requirements. With this years’ change, comes the addition of the Xcel program. The Xcel program consists of optional routine requirements for gymnasts of all levels and abilities.

One representative from each of the eight geographical regions has been elected to sit on the committee which will write the national standardized rules, requirements, and judging deductions for the Xcel program.

New Mexico, along with Arkansas, Colorado, Kansas, Oklahoma, Texas, and Wyoming make up Region Three of USAGymnastics. As the Region Three representative, Janecky will travel to Orlando, Reno, Texas and Hartford, Connecticut to help write and present the Xcel program at the state, regional and national levels.

After more than 40 years of coaching, 32 at Los Alamos School of Gymnastics, Janecky said she is very excited to play such an important part in the future of gymnastics in the United States.