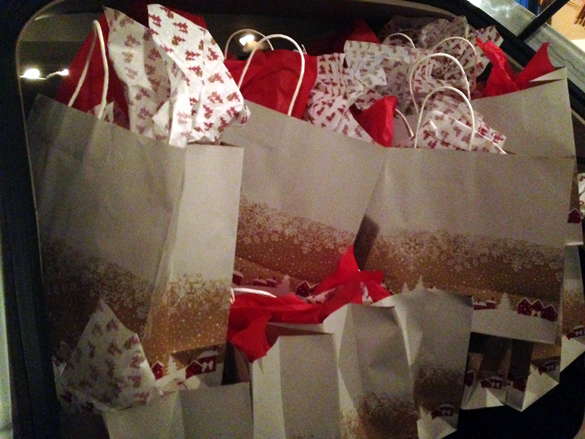 During the meeting, Ryan Cangiolosi, 41, was elected State GOP chairman in a 251 to 156 vote over Albuquerque businessman John Rockwell.

“I voted for Ryan – we had two good candidates in John Rockwell and Ryan and I think that we will be well served by Ryan,” McKerley said. “He has pretty broad experience at the state and county levels, he’s relatively young and has a lot of energy and a vision of where the party should go and I think that’s a good thing.”

Cangiolosi served as deputy chief of staff for Gov. Susana Martinez before taking a position as executive projects director at the UNM Health Sciences Center. He is a self described father, Christian Catholic, fitness and outdoor lover, musician, golfer, coffeeholic and Navy Reserve Officer.

In a letter today to members of the State Central Committee, Cangiolosi thanked them for their support:

“It has been truly humbling to receive your vote and your confidence. John and I ran a hard-fought race, and I look forward to working together, not only with John and our new State Party Officers but with all of you, to carry Republicans to victory in 2018. With the chairman’s race over, we must now unite all members of the party behind our common goal of electing Republicans across the state and promoting our shared message of economic prosperity, safer communities and an education system that prepares our students for a brighter future.

“I’d also like to thank former Chairman Debbie Maestas for her dedication and unwavering commitment to revitalizing the Republican Party of New Mexico. She has served our party and state very well the past two years, and I hope to work with her as she continues to fight for the Republican cause in the years to come.

“We have a lot of work ahead of us, but I know that with your support and the hard work of our volunteers and staff in the next two years, we will take back the State House, elect a new Republican Governor, and elect Republicans in every corner of New Mexico.”