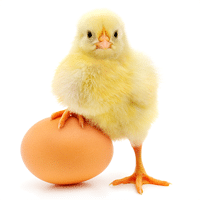 In 1802, William Paley published his famous watch analogy in Natural Theology. He asserted that if a watch is found in an open field, “the inference we think is inevitable, (is) that the watch must have had a maker – that there must have existed, at some time and at some place or other … an artificer who formed it.”

He reviewed the complexity of human anatomy, as well as animals and plants, based on scientific understanding at the time. Seeing complexity far beyond a watch in plants, animals, and human anatomy, he concluded that there is a Creator.

Paley’s idea was not new. From the Greek philosophers to the Bible and the Quran, the existence of God was asserted to be self-evident on the basis of the wonder of the world we live in. However, after the publication of On the Origin of Species in 1859, scientifically minded individuals increasingly associated the theory of natural selection with “the” driving force that created “the watch”. This rigid association fueled an uptick in atheism.

However, natural selection as “the” mechanism of creation falls apart when we get down to the ground level. When we look at the mechanics of what is actually happening in all living organisms (which is biochemistry), the contribution of the theory of natural selection is placed in its proper perspective. It becomes evident that a completely naturalistic view of creation is actually a belief, which doesn’t come anywhere close to meeting a burden of proof and isn’t destined to at any point in the near future. In fact, while sometimes the devil is in the details, this presentation might demonstrate God is also in the details. When the details are examined, the wonder of life is affirmed as well today as when William Paley first published Natural Theology.

A cell is the basic unit of all life; therefore, the natural starting point for exploring whether natural processes explain how life came to be is to explore the development of the first cell. This presentation by  Berg will briefly explain the primary mechanisms inside all cells, and then review the current degree to which a naturalistic explanation for them seems plausible, based on the current scientific research.

For more information on upcoming lectures go to: losalamosfaithandscienceforum.org