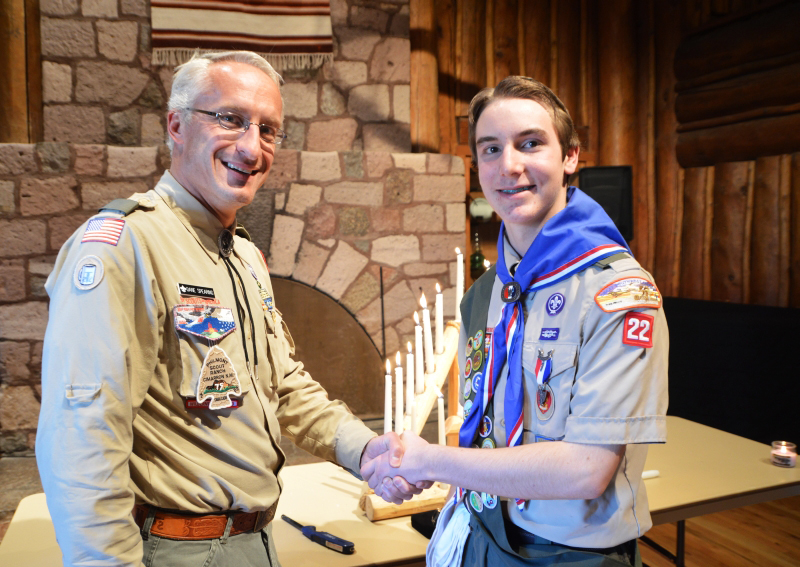 Los Alamos Faith and Science Forum President Nelson Hoffman presents a report to the annual meeting of the forum Sunday in the Nambe Room at Fuller Lodge. Photo by Morrie Pongratz 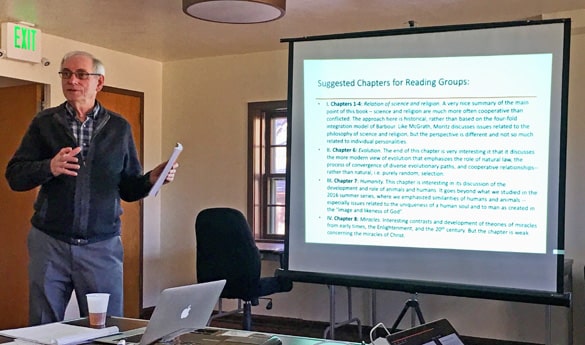 President Nelson Hoffman began the annual report by mentioning that this was the forum’s first full year as an incorporated 501 C(3) non-for-profit corporation.

During the winter of 2016-17, the Forum conducted a “Winter Series” consisting of six book studies, organized in groups of about 5-8 participants, meeting at times and places convenient for the study members. The intention was for the ideas expressed in these groups to help stimulate thinking about possible themes and topics for Summer 2017. During last summer the forum continued its practice of weekly summer presentations on topics related to science and religion. Weekly attendance ranged from 38 to 52 people.

Sept. 24, the board was alerted to a controversy surrounding a decision by the New Mexico Public Education Department (PED) to implement new standards for the teaching of science in elementary through high school grades. PED intended to base its standards on the Next Generation Science Standards (NGSS), developed by the National Science Teachers Association, but had chosen to alter some of the wording, dropping some (but not all) references to evolution and the 4.6-billion-year age of the Earth, as well as to climate change.

Forum Treasurer Dan Winske gave a financial report during Sunday’s annual meeting. Forum membership grew from 17 to 28 during the year. Winske also presented a proposal for a fall/winter book study based on Joshua Moritz’s book “Science and Religion: Beyond Warfare and Toward

Also during Sunday’s meeting, Keller, Bob Reinovsky and Gerry Wood were re-elected to the LAF&SF Board of Directors.