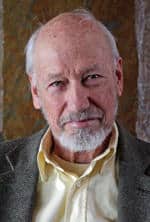 On Wednesday, June 20, Chick Keller presents the third talk in the Los Alamos Faith and Science Forum summer series. The title of Keller’s talk is “Darwin and Beyond”. The theme of the 2018 Summer Series is “Purposeful Evolution”.

Our current understanding of how the Earth came to be filled with different, but apparently related, animals is that they evolved from simple organisms to the very complex ones we see today. Thus, complex life (including humans) appeared gradually through evolution. However, current theories of evolution seem to say that this process is entirely random. But this would rule out a creator whose creation would have purpose built in.

In order, however, to reject evolution, so-called “Young-Earth Creationists” had to formulate reasons why it was wrong. Among these were two:

This talk will show the fossil evidence for evolution and will address the problem of intermediate forms showing that they do indeed exist. In addition, it will comment on methods of determining the age of rocks.

Finally, we will discuss the evolution itself of theories to explain these fossils from Darwin and Wallace to the mid-20th century (subsequent talks will introduce the latest modifications to evolutional theory showing that it is not always random and indeed seems guided.)

The main goal in this summer’s Los Alamos Faith and Science Forum lectures is to bring our community up to date on the latest views about evolution. The meetings will follow our usual format: light supper at 6 pm, talk at 6:30, followed by questions for the speaker and then table discussions. These talks will be in the Fellowship Hall of the Unitarian Church (1738 N Sage Loop, Los Alamos, NM).

Chick Keller was born in Harrisburg, Pennsylvania, in 1939. The product of a Catholic school education, he attended St. Vincent’s Monastery College in Pennsylvania State Univ. and received a Bachelor of Arts in philosophy and then a Bachelor of Science in physics from Penn.

He subsequently received a Master of Science and a PhD in astronomy from Indiana University in 1969. Chick arrived in Los Alamos as a Los Alamos National Laboratory graduate student in 1967 and joined the Lab’s J Division in 1969, where he became Group Leader in 1974. His subsequent work centered mostly on earth and planetary physics modeling as Group Leader in G Division, which became Earth and Environmental Sciences Division.

Chick was Director of the Lab’s branch of University of California’s Institute of Geophysics and Planetary Physics from 1987-1990. He finished with a sabbatical to Scripps Institute of Oceanography reading over 200 papers on aspects of Global Change, which resulted in several large published reviews on the subject and many community talks.

The Los Alamos Faith and Science Forum (LAF&SF) is an incorporated 501(c) 3 nonprofit organization seeking to understand faith and science and how they fit together. The website is www.lafsf.org.