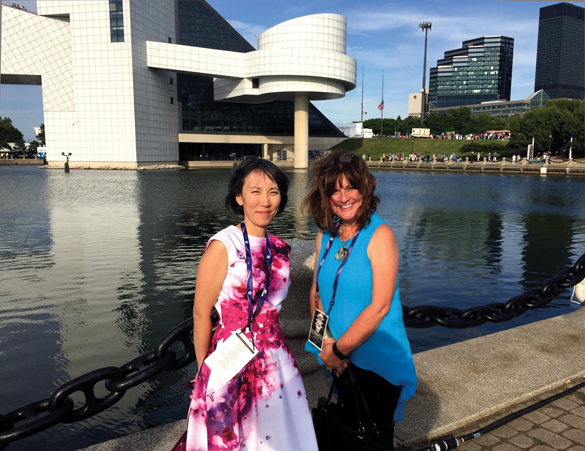 GOP Convention Delegates Lisa Shin, left, and Kelly Benner of Los Alamos arrive in Cleveland, Ohio Sunday to participate in the 2016 Republican National Convention. They are standing in front of the Rock and Roll Museum and preparing to attend Sunday evening’s RNC Convention Welcome Party. Shin is speaking at the convention on behalf of ‘Korean Americans for Trump’ at around 6 p.m. Thursday. Courtesy photo

The convention also includes approximately 15,000 credentialed media—an international press corps second only in size to the 2016 Rio Olympic Games—as well as a global audience watching the event through Internet and social media efforts. Roughly 50,000 people are expected to visit the Cleveland area during the convention.

This year’s gathering marks the fourth time the Republican Party has convened its convention in Ohio. The Buckeye State also played host to the 1876, 1924 and 1936 Republican National Conventions in Cincinnati (’76) and Cleveland (’24 and ’36).

The 2016 Republican National Convention has an official app for phones. Click to download on iOS or Android.