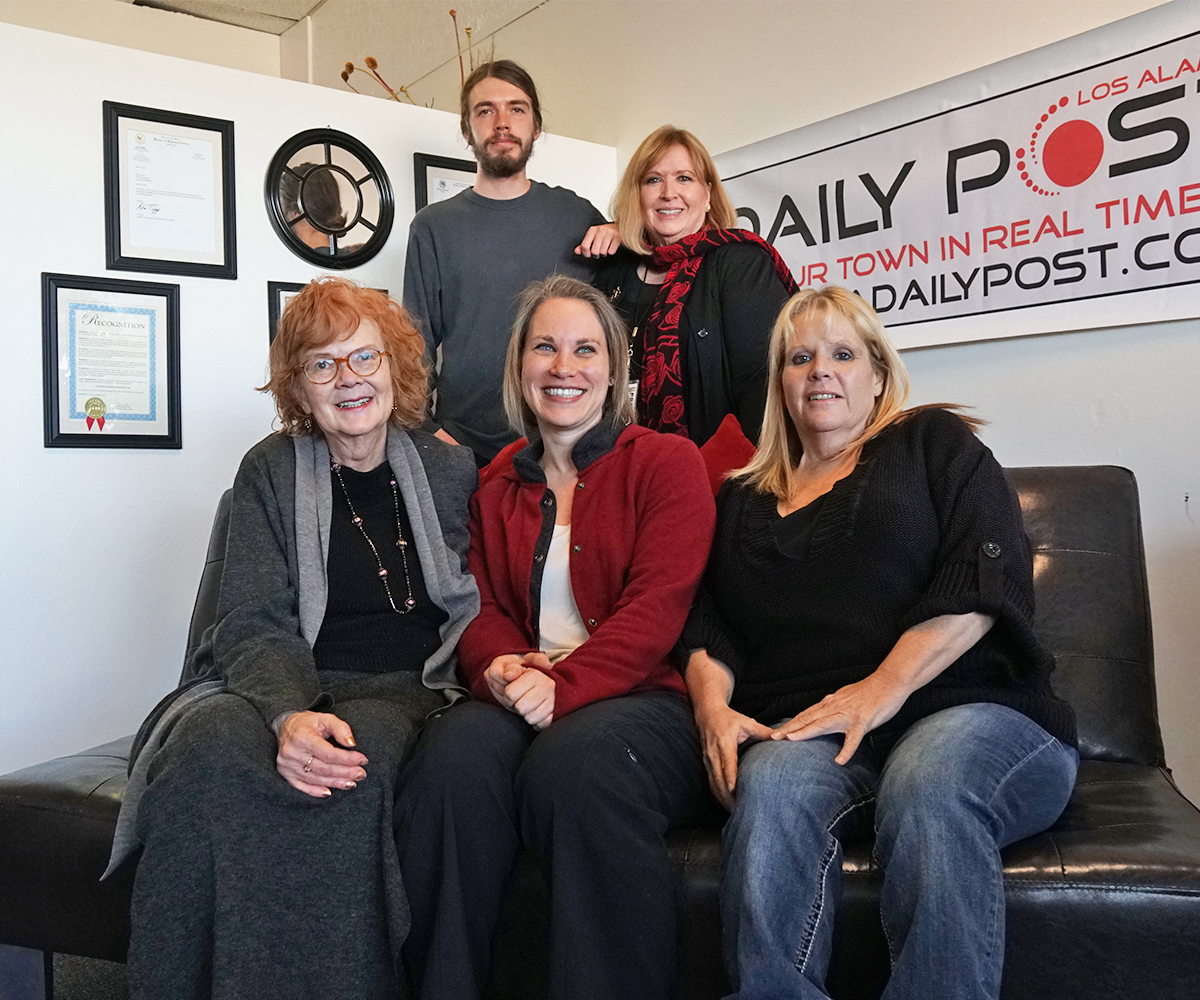 Los Alamos Daily Post Publisher/Editor Carol A. Clark and her team are celebrating the 5-year anniversary of the newspaper, and its recent designation as the Official Newspaper of Record for Los Alamos County.

“The Post turned 5 years old Feb. 7 and I am overwhelmed with gratitude to the people of this community,” Clark said. “Every day for the last five years I have been so grateful to them for allowing me to do what I love in the place I love.”

Before launching the Daily Post in 2012, Clark, an award-winning journalist, spent nine years at the Los Alamos Monitor, including her last three years there as managing editor.

“When I decided to leave the Monitor, I knew I loved Los Alamos and didn’t want to move away, but there wasn’t the option of another newspaper, so for that reason I started the Los Alamos Daily Post. I began with my laptop and camera in my home in White Rock,” she said.

Clark said she jumped into her new enterprise “on a hope and a prayer” because six months earlier she had purchased her home. She knew it was a calculated gamble but her son gave her the final push off the cliff when he said with total confidence, “Don’t worry mom, if it doesn’t work out you can live in my basement.”

When she started her online paper, Clark used WordPress to publish it because she was familiar with that system, but soon discovered that they didn’t allow advertisements. With the help of local residents Greg and Karen Kendall, she switched to Drupal Gardens, an online platform used by many newspapers at the time.

“The business community started contacting me to place their ads and have continued to do so every day for these five years and I am so appreciative of their support,” Clark said.

At that point, Bonnie Gordon, who had worked with Clark for a few months at the Monitor, had gone to work at UNM-LA. Gordon began creating ads for Clark in her spare time until four years ago when she joined the Daily Post fulltime.

Christopher Clark joined his grandmother’s newspaper three years ago as social media editor, quickly learning the business and becoming a “spectacular photographer.” In 2015, Roger Snodgrass, a former editor of the Los Alamos Monitor joined the Daily Post as a science writer. “Roger has a special talent for telling technical stories in an easily understandable way,” Clark said. Kirsten Laskey, who also worked with Clark at the Monitor, recently joined the news team.

“Kirsten has a love for the newspaper business and over these five years has been a steady contributor as time allowed. The day finally came recently when I had enough income to hire her fulltime,” Clark said. “It was a very happy day for both of us.”

Hope Jaramillo joined the Los Alamos Daily Post last year … she has lived in town since the first grade, knows everyone and is a great asset to the team in her role as advertising manager. Another recent addition to the team is locally renowned sports photographer John McHale who is working as a contract photographer for the Los Alamos Daily Post.

“Seeing his incredible sports photos in our paper makes us all feel proud,” Clark said. “We have a small, passionate news team at the Daily Post where each person does the work of five. In addition we have an army of volunteers from across the community who contribute stories, photos and information. Often times if someone doesn’t see one of us at their event, they take photos and send us write-ups … that’s just so fantastic … the community has taken ownership of the Daily Post and we love that.”

Clark, who admits that she works seven days a week, says her daily life is a blend of newspaper work mixed with social activities, all of which she enjoys immensely. She volunteers on 11 community boards including the United Way, Los Alamos Medical Center Advisory Board, Bradbury Science Museum Association and Leadership Los Alamos.

Perhaps the most heartwarming and sad moment of her last five years Clark says was when she turned on her computer early one morning and opened an email from the late Bill Hudson … he was dying and it was his goodbye letter to the community. The hardest story for her to write involved a local pastor charged with child pornography because she knew how devastating it would be for the community.

Clark is recognized by many in the community for her passion for the truth, her fairness, her honesty, and her kindness to people in tough times. She has never charged anyone for placing an obituary in her newspaper and never limits the length, saying people should be able to write what they wish about their loved one in during their grieving.

In 2014, the Small Business Development Center named the Los Alamos Daily Post “Small Business of the Year” and the team was recognized for that honor on the floor of the New Mexico Legislature and by the Los Alamos County Council. Clark said the recognition was a great honor and shined a positive light on Los Alamos at the state level. 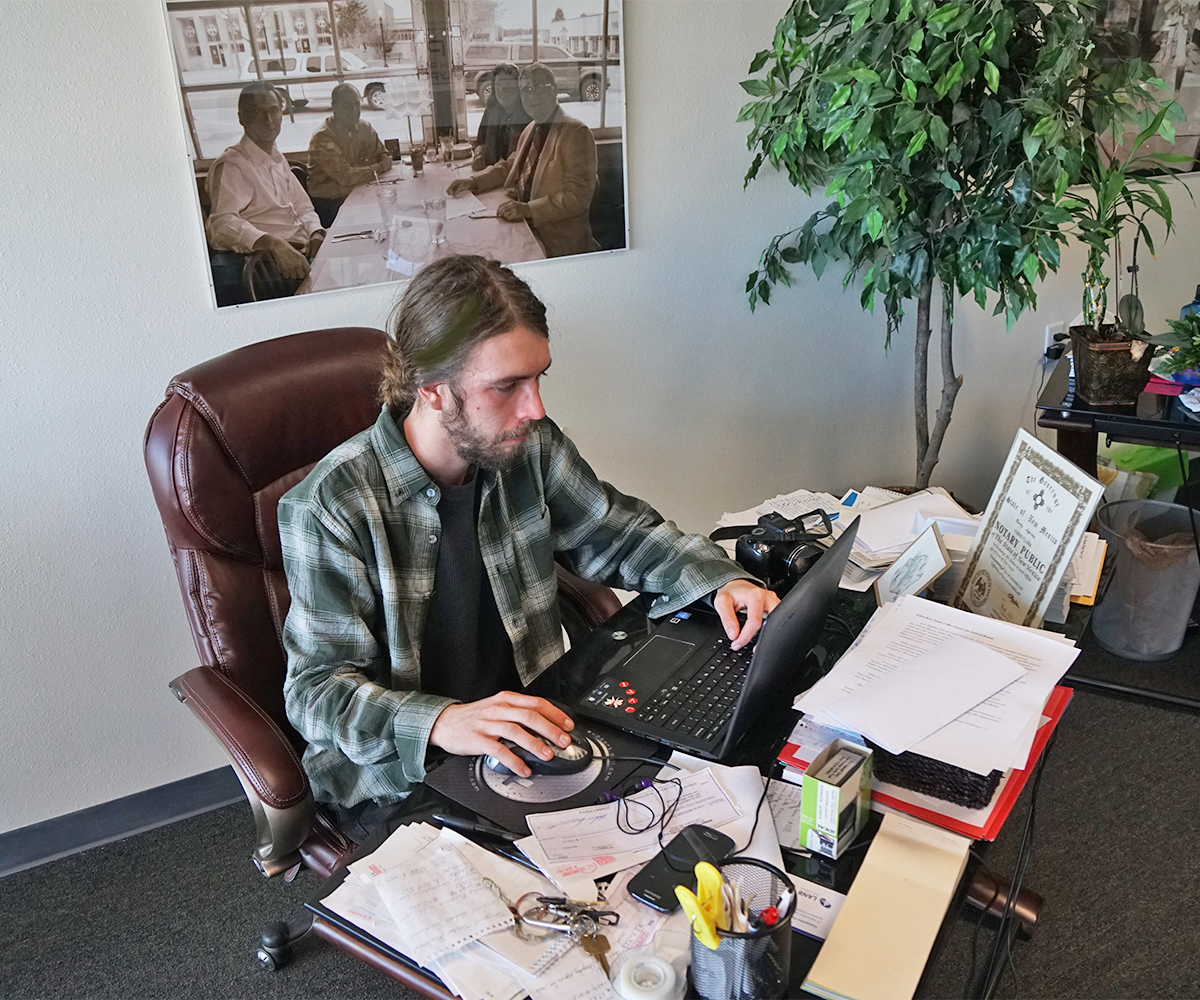 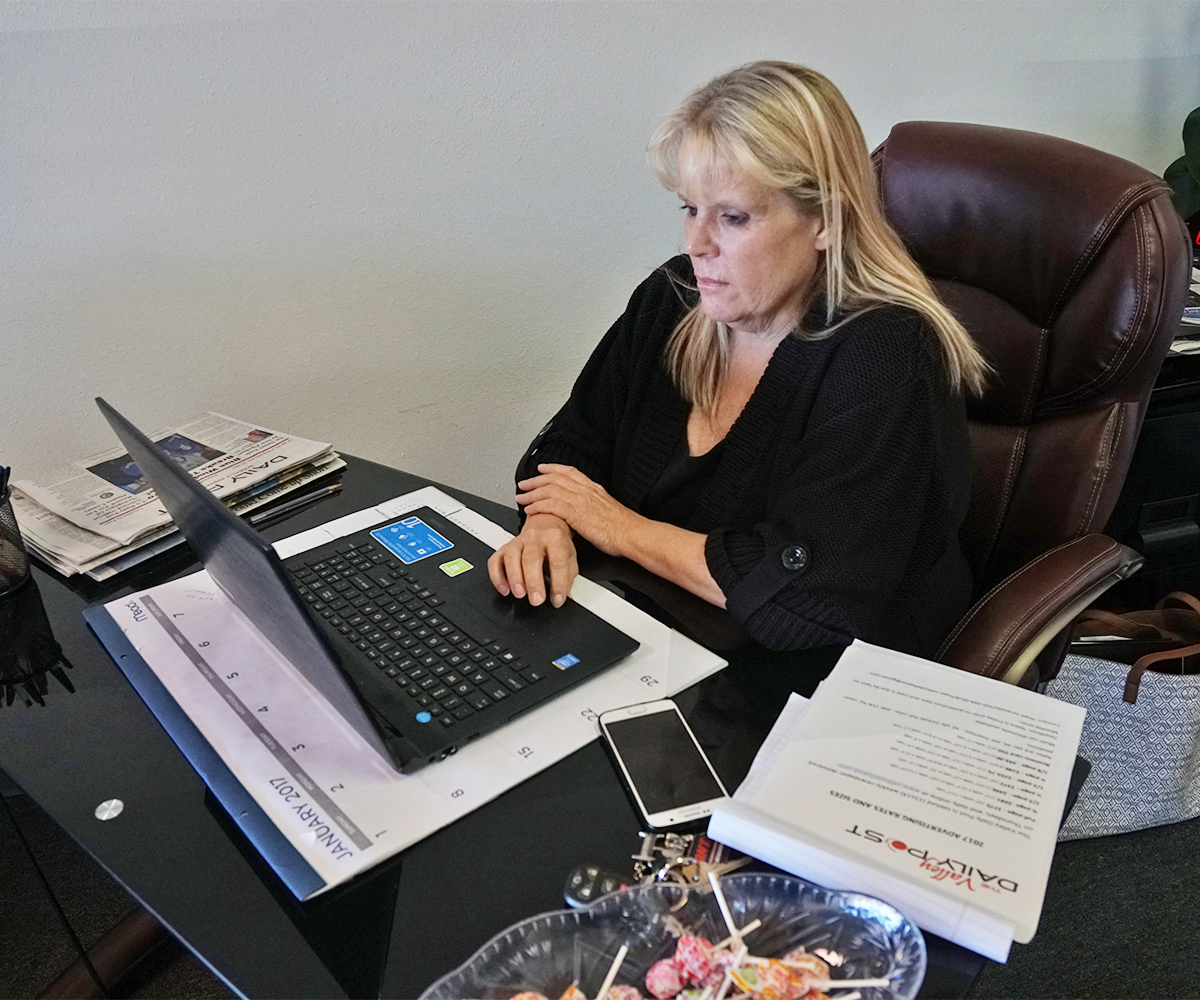 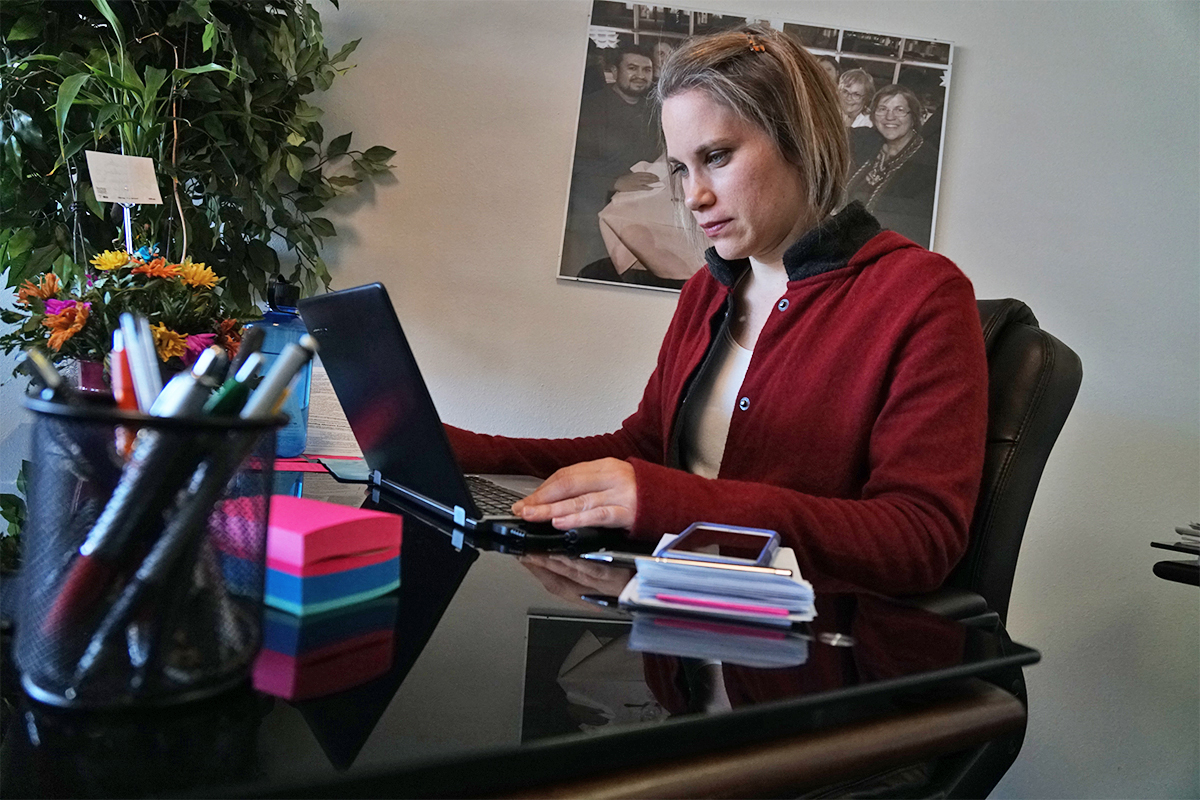 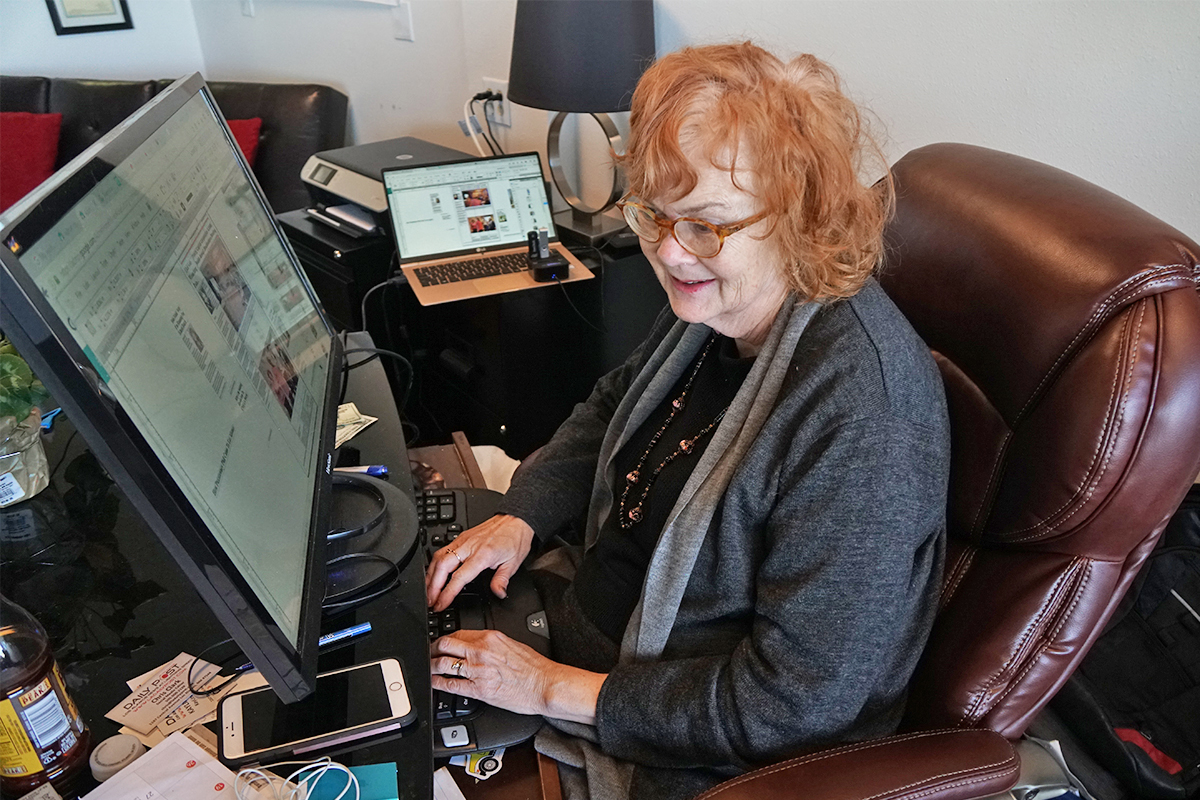 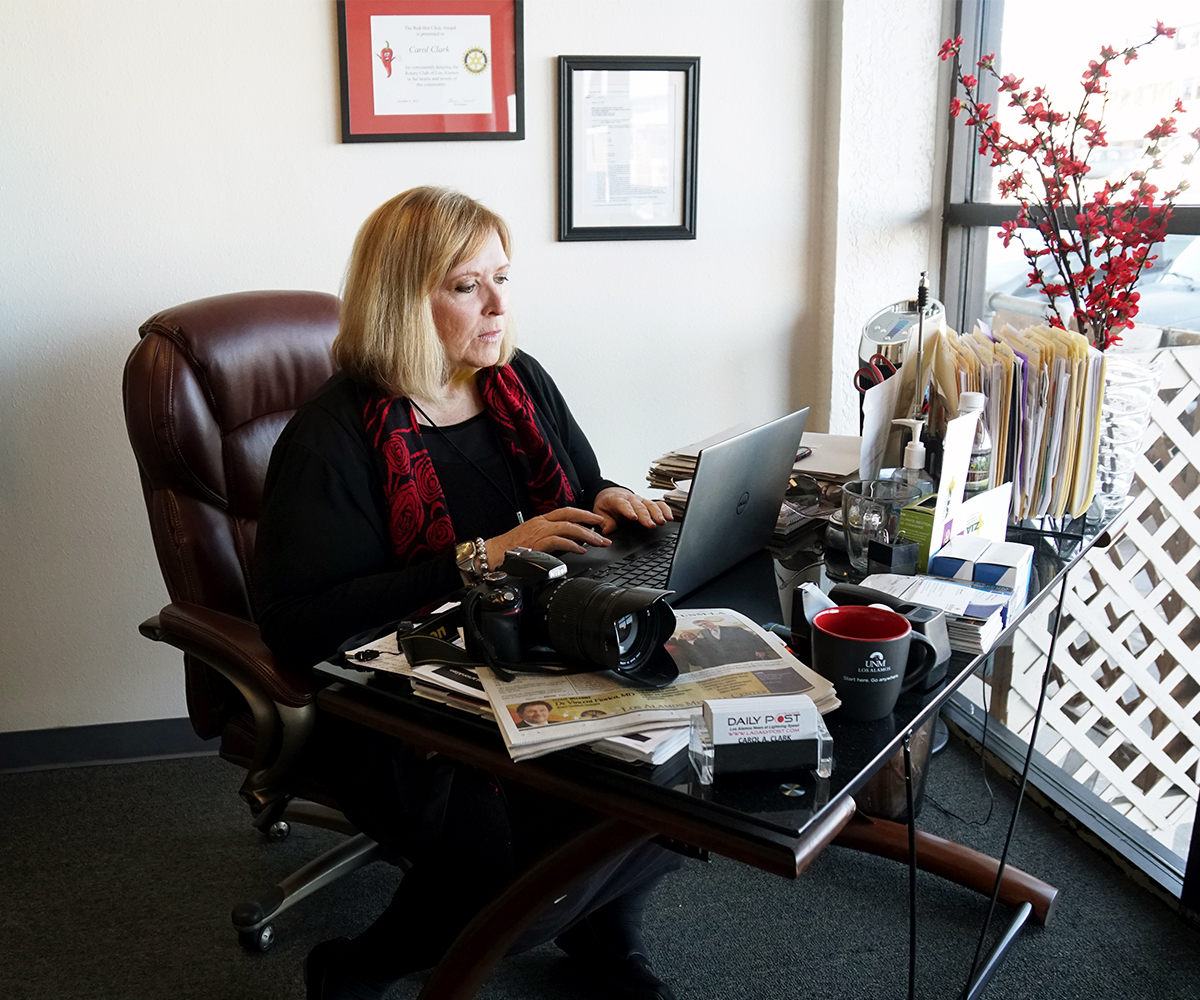