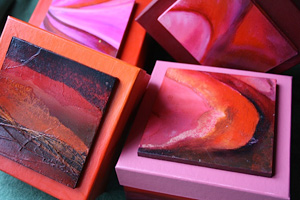 The Los Alamos County Summer Concert Series presents Igor and the Red Elvises at 7 p.m. today and we’re proud and happy to tell you it is “Los Alamos Daily Post Night!”

A whole lot of Los Alamosians have seen the Red Elvises and I imagine that many of them will be at the Pond Friday. I think they’ve played for us 17 times and I’ve reserved a date with them for next year. If you haven’t caught this band, I suggest you join their fans. This is Los Alamos’ favorite band!

The Red Elvises play Siberian surf-rock, funk, funk-rock, rokenrol, disco, rockabilly and Russian folk-rock. They play songs with titles like “Caramba! She Works For The KGB”, “Bacon”, “Beers, Babes & BBQ” and “Closet Disc Dancer”. Igor was born in East Germany, grew up in the Ukraine and studied in Russia. He says that in the Soviet Union, folk music was the norm and rokenrol was illegal. Igor started a “Folk ‘n’ roll” band called Limpopo. They moved to the United States in 1993 and the band met President Reagan (why or how, I don’t know) and also won the “Best Band Award” on “Ed McMahon’s Star Search”. Welcome to America, Dude.

In 1995, Igor had a dream where Elvis Presley tells him to play rock. Shortly after, Igor and two of his pals from Limpopo started the Red Elvises. The band has produced 12 studio albums, 2 live albums and a live DVD concert where they play for some 50,000 people in Moscow’s Red Square. Some of their most notable film and TV contributions include music and/or performances in “Mail Order Bride”, “Armageddon”, “Skippy”, “Melrose Place”, “Fastlane”, “Penn & Teller’s Sin City Extravaganza”, “VH-1 Behind The Music”, “MTV” and the cult classic, “Six String Samurai”.

Igor and the Red Elvises are one of the greatest party bands in world. A few thousand Los Alamos music fans can attest to that. So will a helluva lot of other Americans and Russians. I recommend you come out to Friday’s party.

Friday, June 23, we’ll be at the Pond with the New Orleans funk-soul-jazz and rock band, Big Sam’s Funky Nation. This show will be “LA Monitor Night.” My daughter, Annie Rose and my grandchildren will be here. They’ll be here for three weeks, so come say “Hi.” You can listen to our bands at www.redelvises.com, www.bigsamsfunkynation.com, www.gordonssummerconcerts.com and on www.youtube.com.

There will still be a Gordons’ Concerts after this year. My son, Abe Gordon and his lady friend, Kara Robertson will run our company. My wife and I will be helping from Seattle, Wash. I know a lot of people are worried about the future of the Series. Well, if the County of LA wants us to continue, we shall. The County asks people every year to apply for this post that I’ve had for 28 years. Usually, the only business to apply is our company. I sure hope Los Alamos continues to trust Gordons’ for 15 to 17 shows every year in the future. Abe has been helping us for 28 years. He knows the business and he knows music. If he can do this for 28 more years and then maybe my eldest granddaughter, Aisha can take over. That should take care of you for the next 50 years.