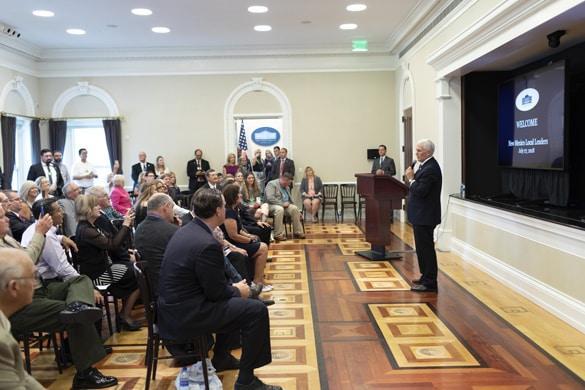 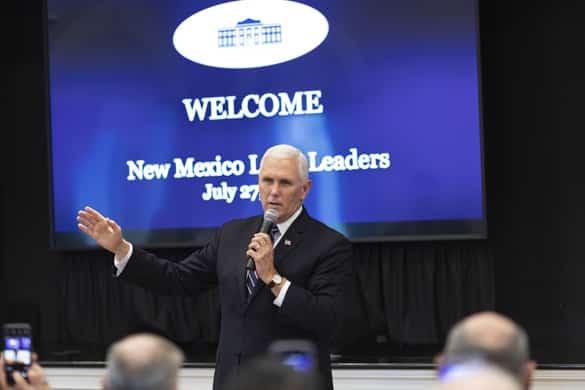 The question of whether Triad National Security, LLC will pay gross receipt tax (GRT) to Los Alamos County drags on … as a result, several County Councilors and County Manager Harry Burgess traveled to Washington, D.C., to argue the point.

The local officials met with Associate Principal Deputy Administrator in NNSA/DOE William White as well as U.S. Sen. Tom Udall, U.S. Sen. Martin Heinrich and staff from each of the state’s congressional delegates and staff from the House Arms Services Subcommittee on Strategic Forces.

The following day, Maggiore joined Pongratz and Burgess for a briefing at the White House.

Pongratz said that throughout the marathon of meetings Izraelevitz emphasized the uncertainty of whether Triad pays GRT is “an existential threat to our County”.

Chandler added, “Our message to them was the impact of the loss of GRT to the County and community would be significant.”

Everyone seemed to agree that the message was heard and understood but no answers were provided.

“They listened, and I guess in general their reaction was, ‘I feel for your pain but I’m not prepared to do anything about the pain,” Pongratz said.

“Yes, people did express their support and their understanding that the County and the community are integral to the success of the laboratory,” he said. “However, no specifics were provided as to how we would address a change, a decrease in revenue, if that were to occur.”

To emphasize the importance of the laboratory GRT to Los Alamos, Chandler said County officials presented examples. They showed how much is currently paid to the County in GRT, which ranges in the tens of millions of dollars. The loss of this would affect the County, the community and all the services local government provides.

Burgess said GRT funds have allowed the County to pay for numerous programs. The major programs include the County’s partnering initiative in which the County uses some of the GRT to benefit the region including the Regional Coalition, the Regional Development Coalition and the North Central Regional Transit District. In total, the County funds $585,000 annually to this initiative, he said.

GRT funds things internally in the County such as a new position in the County’s Community and Public Information Office, three positions in the Community Development Department and the entire social services department is funded by the increased taxes, Burgess said.

Other programs funded by laboratory GRT include the Capital Improvement Project program and grants totaling $500,000 to Los Alamos Public Schools, which are awarded every other year.

Although no answers were given, Chandler said the trip was an opportunity for local government officials to drive home the magnitude and seriousness of the issue. Everyone was knowledgeable about the issue, showed support to Los Alamos County and were willing to work with the County and Triad to resolve the issue as satisfactory as possible, she said.

Izraelevitz pointed out that several congressional members said they would reach out to NNSA to resolve the issue.

“I think it was important to go there to reiterate the message,” Izraelevitz said. “We were pleased with the support, with the congressional delegation across the state.”

Izraelevitz also emphasized that no assurances were made about when this issue would be resolved.

Pongratz said he also took the issue to the White House administration. He said that he, Maggiore and Burgess attended a meeting July 27 with several federal department heads along with members of the White House Administration including Vice President Michael Pence.

The meeting was held for all county commissioners and county managers in New Mexico and he estimated 60-70 people were in attendance.

In addition to popular names such as Counselor to the President Kellyanne Conway speaking during the meeting, Pongratz said Deputy Assistant Secretary for Intergovernmental and External Affairs Doug Little spoke. When questions were solicited, Pongratz took the opportunity to present the GRT predicament Los Alamos is in with the laboratory.

“He (Little) acknowledged they are aware of the issue but gave no solution,” Pongratz said.

So, what is the next step?

Chandler said more information is needed on how to proceed forward with the budget. Right now, she said, they don’t have the information needed to make solid decisions.

Burgess said a work session to revisit the budget is scheduled for Aug. 21. He said it is anticipated something will be known at that time. He explained that County Councilors adopted a flat budget but depending on the decision regarding the laboratory GRT, Councilors will either be asked to increase or decrease the budget. 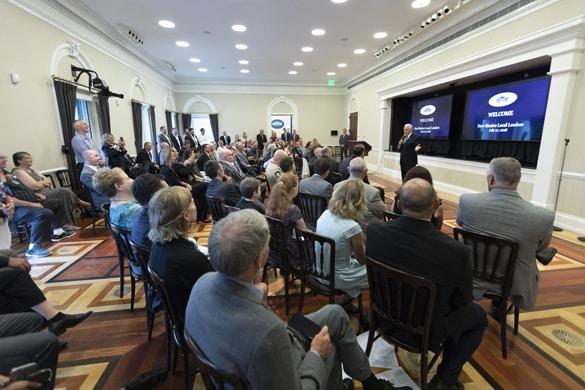