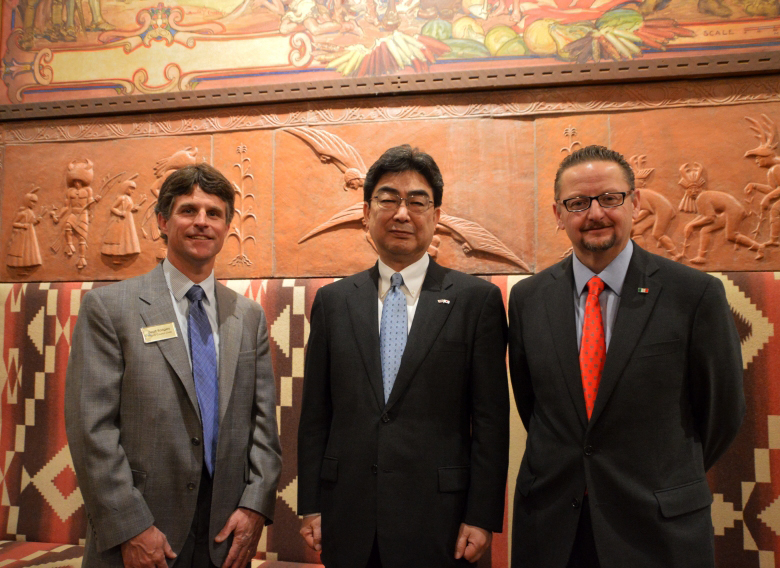 Topics of discussion included economic overviews of Japan and New Mexico, oil and gas development, renewable energy projects including the Los Alamos Smart Grid project, and other potential trade sectors. Following the meeting, a reception was held at La Fonda on the Plaza to welcome the JETRO delegation.

“Today’s business meeting and this reception are just one more step in a journey to closer ties between Japan, the state of New Mexico, and Los Alamos County. These ties include not only business and scientific exchanges, but cultural and people to people exchanges as well,” said Los Alamos County Council Chair Geoff Rodgers during introductions. “On behalf of Los Alamos, I want to thank our Japanese partners for the confidence you placed in us, which led to investing over $35 million on the smart grid and smart house. That project has been a success. We currently have over 1,600 households taking part in the project. It has put our little town at the forefront of this type of research and we would very much welcome future partnerships. Our slogan is ‘Los Alamos, Where Discoveries are Made.’ Los Alamos is not just a location for a lab and research. I like to say that we are a world renowned scientific laboratory that is fortunate to be located in one of the best little mountain communities around.”

Consul General of Japan Ikuhiko Ono spoke with the Los Alamos Daily Post saying, “This is the first occasion to make a complete way to incorporate between Japan and New Mexico. New Mexico is a special place for us because the Japanese government has a very big project with the Smart Grid in Los Alamos. So I am very happy to sponsor today’s event with support from Los Alamos County.”

“As well as New Mexico is friendly with Japan, we are also proud to be doing the same with New Mexico and look forward to increasing the levels of cooperation in all areas,” he said.

Friday’s meeting and reception were co-hosted in joint partnership by the Consulate General of Japan in Denver and Los Alamos County through its Economic Development and Public Utilities departments, with participation from the State of New Mexico.

The event developed from a meeting last year between Consul General Ikuhiko Ono and Gov. Martinez. During those talks, general agreement was reached to cooperate in expanding the overall relationship between Japan and New Mexico, including cultural and youth exchange as well as economic connections. 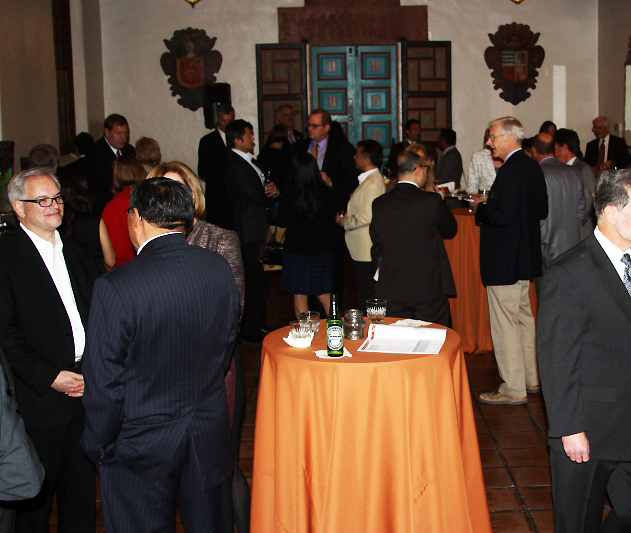 Officials turned out for Friday’s reception at La Fonda on the Plaza. Photo by Bonnie J. Gordon/ladailypost.com 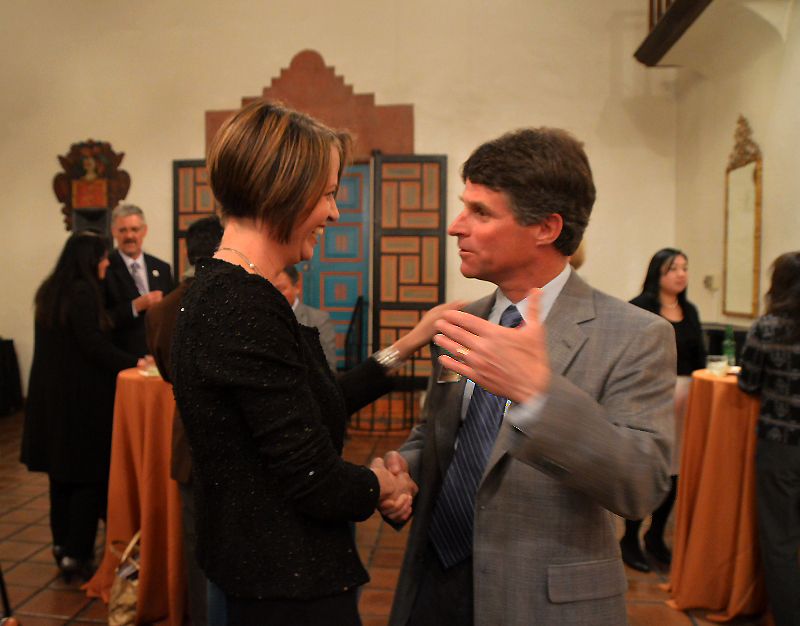 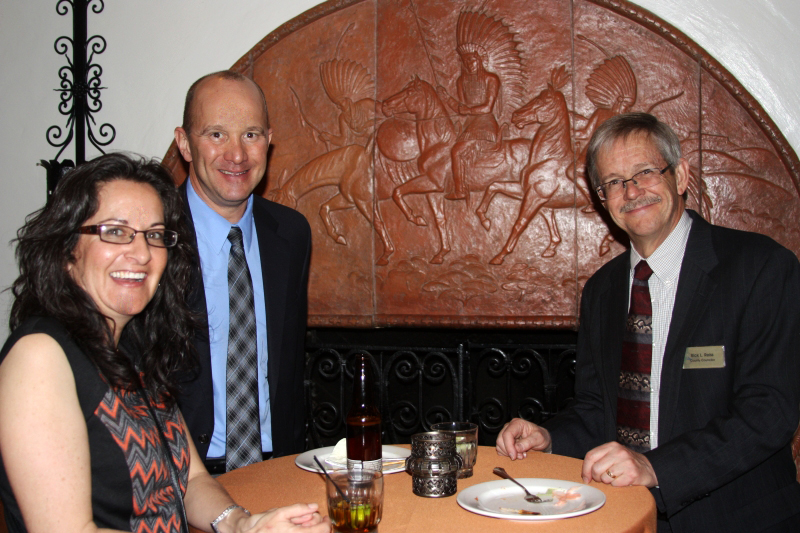 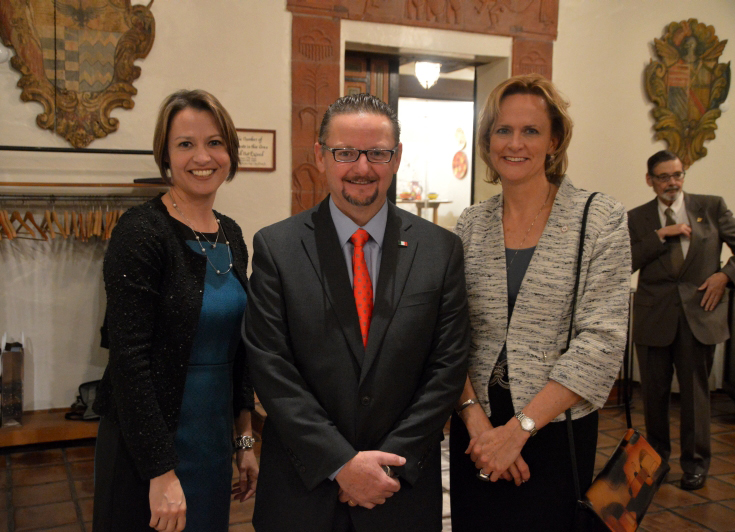 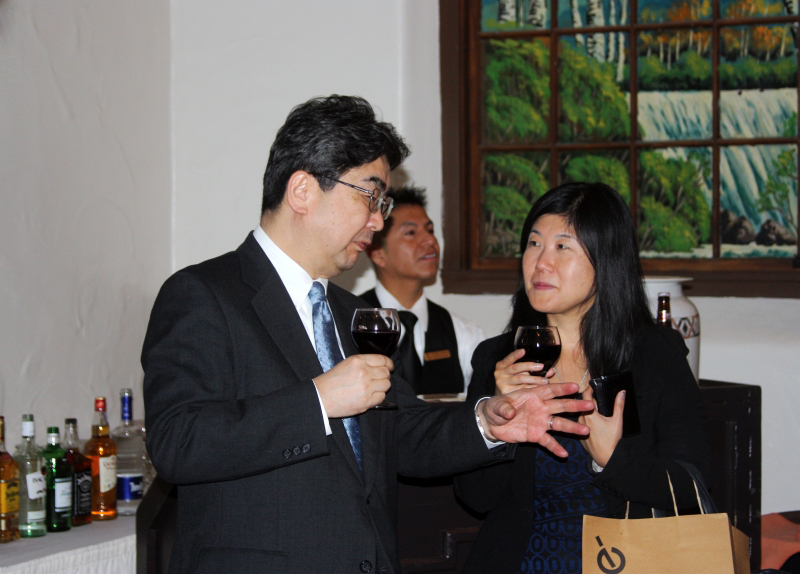