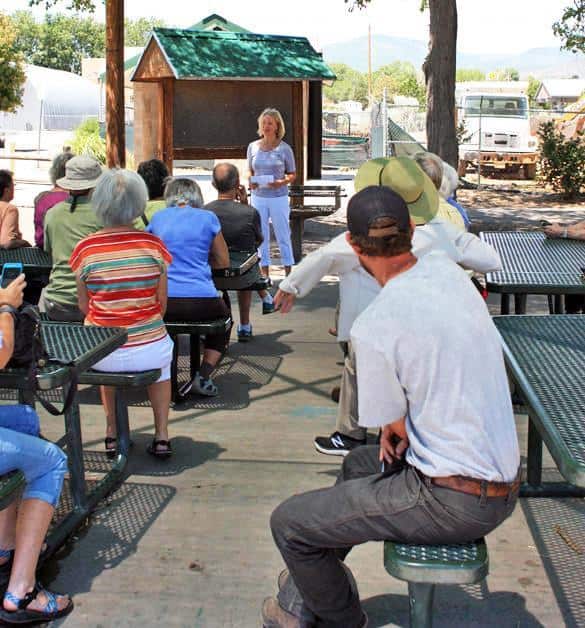 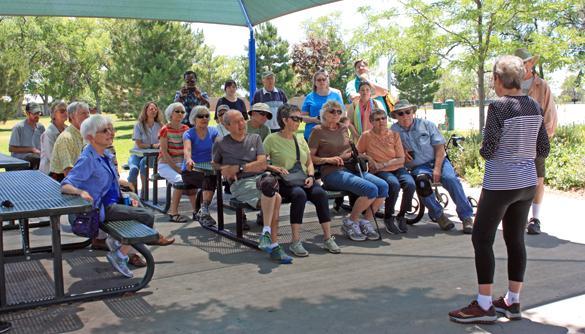 Friday’s clear, sunny skies made it the perfect day to go for a hike on the newly dedicated Jim Billen Trail. So, a group consisting of Los Alamos County staff, along with Jim’s family and friends did just that; they inaugurated the newly named trail to honor and remember the man who helped create it.

A brief ceremony was held at noon Friday at East Park where Mary, Jim’s wife, spoke a few words along with Council Chair Sara Scott. Then, participants hiked a short distance to view the plaque and memorial bench installed to honor Jim, who died last year at 71. Jim’s family donated the bench.

The Jim Billen Trail is a segment of the Pueblo Canyon Rim Trail. The segment starts behind the Jewish Center on Canyon Road and goes to Graduation Point.

Mary told the Los Alamos Daily Post that before her husband’s work on the trail, it was just a deer path. She recalled a friend who was able to make her way on the trail, but it was on her hands and knees.

Jim was just trying to make it passable, Mary said, and he widened the trail to four feet.

According to a County press release, Billen worked on this part of the trail for six years.

After retiring from Los Alamos National Laboratory, Billen would work on the trail six to eight hours a day, clearing the brush of a narrow deer path, digging into the side of the hill and moving rocks to make the trail wider for both hikers and bikers alike to enjoy.

“It was a labor of love for Jim,” Mary said. “It just feels good to honor him.”

In her speech, Scott commended Jim, saying, “His dedication and pursuit in building this segment of the trail so that other hikers could enjoy its beauty and spectacular views, is one of the reasons that Los Alamos has such an extensive trails system: it’s volunteers like Jim who give so much of their time and effort that make all the difference between Los Alamos and White Rock being an average community and being an amazing community.”

She added, “I know that I speak for the Council – who unanimously approved this re-naming of the trail after Jim – that all who pass by his sign post, all who pause to sit on his memorial bench along the trail, will have an opportunity to reflect on and appreciate Jim and his contributions to our community. He is an inspiration to us with respect to what can be accomplished, one day at a time, when you put your heart into things that matter.” 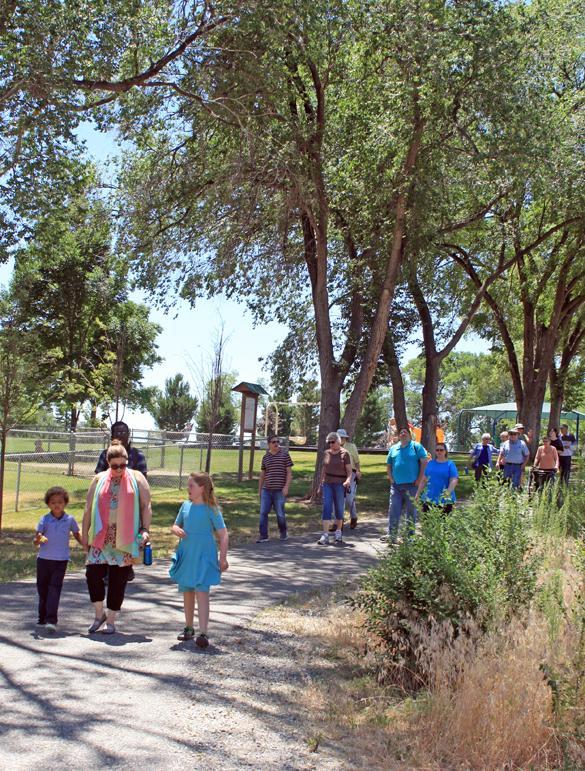 Attendees from the dedication ceremony begin the hike to the Jim Billen Trail plaque and memorial bench. Photo by Kirsten Laskey/ladailypost.com 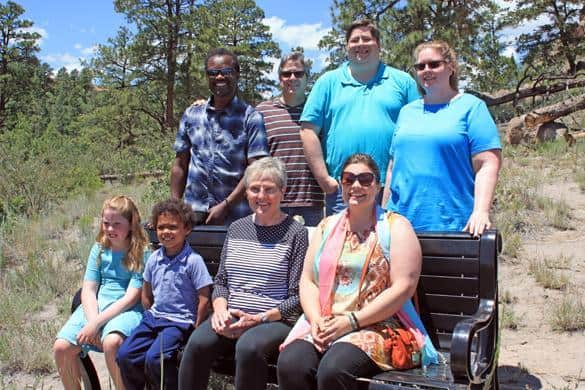 Mary Billen, seated in the center, sits on her husband’s memorial bench surrounded by her family. Photo by Kirsten Laskey/ladailypost.com