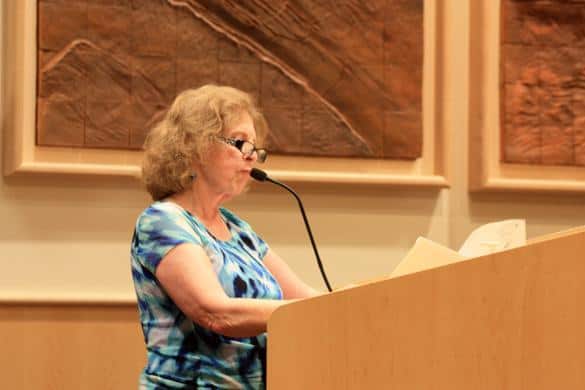 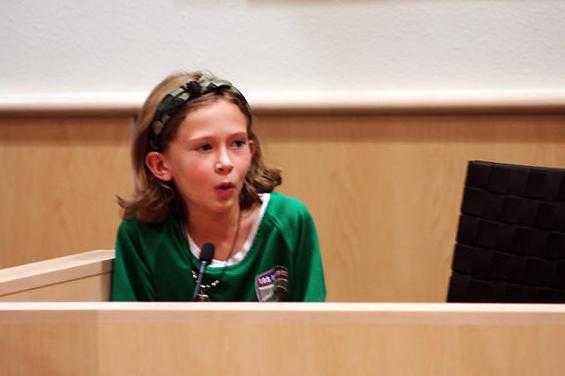 While Los Alamos County Council did not approve to implement a ban on the use and distribution of plastic bags, plastic straws and Styrofoam containers during its regular meeting Tuesday night, it did agree to take some action to curb the local use of non-degradable waste.

Los Alamos resident Ann LePage presented a petition, signed by 42 individuals, to Council and asked them to implement a ban on the use and distribution of plastic bags, plastic straws and Styrofoam containers. Council approved 5-1 to acknowledge the petition, thank the petitioners for their recommendation/request and request council staff and associated boards to research the matter and return to council with information, options and recommendations by Dec. 1. Councilors Katrina Schmidt, James Robinson and Pete Sheehey volunteered to form the council subcommittee that would pursue this issue.

Councilor David Izraelevitz opposed the motion and Council Chair Sara Scott was absent. Izraelevitz suggested sending the request to the Environmental Sustainability Board (ESB) for further review. ESB would present to council and a public meeting would be held in conjunction with the Save As You Throw effort. LePage explained she created the petition because she felt that a critical point had been reached in the environment’s history.

“I think it is time for our County Council to step up and be the leaders for this kind of thing,” she said. “These topics come and go in the political winds but we are approaching a very critical point in our environmental history.”

“This is the time where people in the country are looking for the government to be a leader in this effort,” she said, adding, “If we had an agenda from the County that this is what we support it would simplify things for everyone.”

Council was presented with a similar petition four years ago. In that petition, Council was asked to pass an ordinance prohibiting retail establishments from distributing single-use plastic carryout bags to their customers and mandating a $.10 fee on paper bags that would be collected and retained by the merchant. Ultimately, after numerous public meetings and a massive amount of public input, Council took no action on the petition other than to encourage the Environmental Services Division to continue its education efforts.

But, as Schmidt pointed out, environmental issues are never over. She said from her experience as a bartender she saw first-hand the amount of waste restaurants and other establishments can produce. As a result, Schmidt said she would like more investigation on this matter, particularly into any incentives that could be offered to businesses to turn to more sustainable options for straws, bags and containers.

Councilor Antonio Maggiore said he agreed with Schmidt. He said he supported the idea of providing incentives rather than passing legislature.

“We have to find ways (to reduce waste) rather than legislating what is and what should be a moral imperative,” Maggiore said.

He added he would like some type of fund or outreach created in the County so if a business owner approached the County expressing an interest to be greener the County could offer assistance. Maggiore said he felt this would be better than forcing people to be more sustainable.

“I am not sure I can force someone to do something that is obviously morally correct,” Maggiore said.

From his work in wildlife rehabilitation, Robinson said he has pulled a plastic bag out of an animal and it was not pleasant. He added he’s seen the damage a wayward balloon can do. However, Robinson said he can see things from both sides. On one hand, Robinson said doing nothing means worsening the solid waste situation but on the other hand, acting too soon challenges people who are trying to make a living.

He said he too was in favor of incentives and having a more robust discussion about the issue. Several members of the public offered their thoughts on the petition.

Joyce Anderson, who founded the blog, Save the Bag: Los Alamos, in 2015 in response to the first citizen petition, said she would like more information on the issue. She pointed out if one piece of waste gets banned, people might just turn to another product that gets pitched out instead.

“If we are going to reduce waste let’s do it right,” Anderson said.

She added she is concerned about government overreach and what effect a ban would have on local businesses. Anderson pressed the County to address these issues, adding, it is possible to be good stewards to the environment and good economic stewards, too. Jody Benson supported the ban, saying in the past four years there has been plenty of education. She mentioned the Zero Waste Team’s efforts to have the summer concerts be zero waste as well as the County’s services, which include curbside recycling and brush pickup, and glass recycling. Additionally, the ESB is researching the Save As You Throw program.

“It’s a no brainer to eliminate the non-essential, non-recyclable garbage that has a 1,000-year lifespan. All it takes is political will,” Benson said.