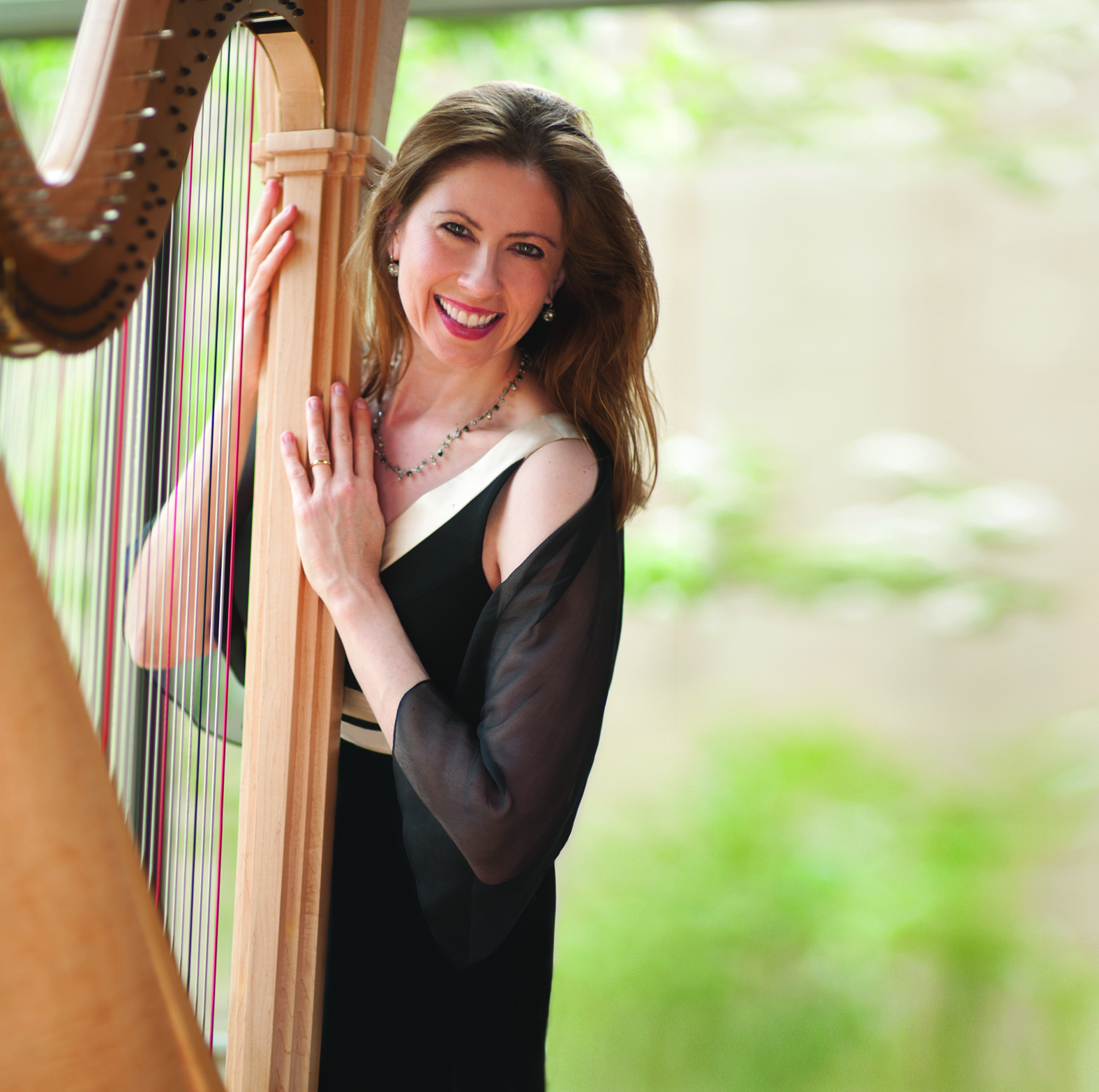 The program will feature Diego Pujol’s “Suite Mágica,” Alan Hovhaness’ “Spirit of Trees,” Gary Shocker’s “Hypnosis for Guitar and Harp,” Keith Fitch’s “Knock on Wood for Guitar and Harp” and Xavier Montsalvatge’s “Fantasia for Guitar and Harp.” In addition, Kondonassis will perform Carlos Salzedo’s “Song in the Night” and Vieaux will play Isaac Albéniz’s “Sevilla.” The artists will give a pre-concert conversation at 3 p.m. at the auditorium.

Kondonassis is celebrated as one of the world’s premier solo harpists and is widely regarded as today’s most recorded classical harpist. Hailed as “an extraordinary virtuosa” and “sheer luminescence at the harp,” she has performed around the globe as a concerto soloist and in recital, bringing her unique brand of musicianship and artistry to an ever-increasing audience.

Since making her debut at age 18 with the New York Philharmonic and Zubin Mehta, Kondonassis has appeared as soloist with numerous major orchestras in the United States and abroad including the Cleveland Orchestra, the English Chamber Orchestra and the Hong Kong Philharmonic. Other solo appearances include engagements at Lincoln Center, the 92nd Street Y and Taiwan’s National Concert Hall.

Her 2013-2014 season includes concerto engagements with such orchestras as the Phoenix Symphony and the Oklahoma City Philharmonic, a record launch tour for her recent release entitled “Ravel: Intimate Masterpieces” with concerts on Oberlin’s Artist Recital Series and in New York City, and a tour of the western U.S. with duo partner, guitarist Jason Vieaux.

“American Harp” (Azica CD-71281), released in 2013 and featuring original harp solos by John Williams, Lowell Liebermann, John Cage, Elliott Carter, Stephen Paulus and Norman Dello Joio, marks her 17th album in a recording career that has broken boundaries and sold hundreds of thousands of discs and downloads worldwide. Her extensive discography includes “Solo Harp: The Best of Yolanda Kondonassis” (Azica CD-71273), celebrating twenty years of critically acclaimed recordings, her Grammy-nominated Telarc release of music by Takemitsu and Debussy entitled “Air,” and the world-premiere Telarc recording of Bright Sheng’s “Harp Concerto,” which was written for Kondonassis. Recently, she was featured on NPR’s Tiny Desk Concerts, which can be viewed at www.npr.org/2010/12/14/131848020/yolanda-kondonassis-tiny-desk-concert.

Her first children’s book, “Our House is Round: A Kid’s Book About Why Protecting Our Earth Matters” was published by Skyhorse Publishing.  Royalties from several of her projects are donated to earth causes such as the Rainforest Alliance and the Environmental Defense Fund. Her published works for Carl Fischer Music include “On Playing the Harp, The Yolanda Kondonassis Collection,” and “The Yolanda Kondonassis Christmas Collection.”