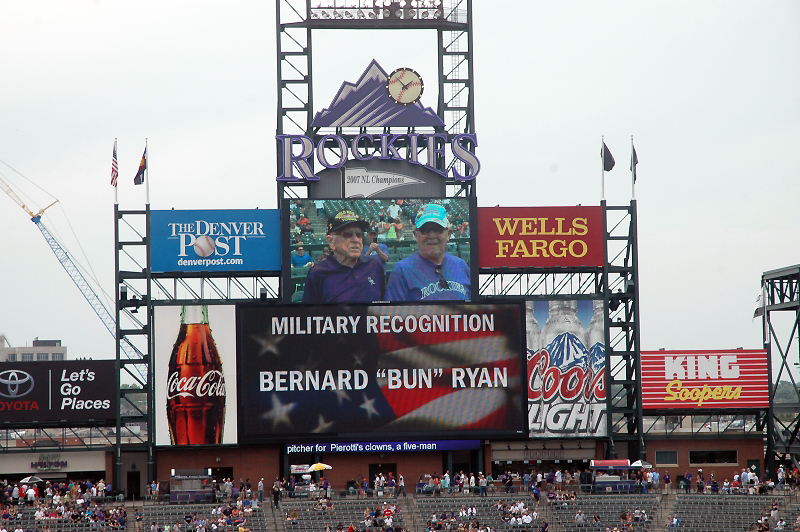 Los Alamos baseball legend Bun Ryan, left, with Wally McCorkle is featured on the big screen at the Sept. 1 Rockies introduction. Courtesy photo
SPORTS News:
Los Alamos baseball legend Bun Ryan was honored at the Sept. 1 Rockies introduction for his military service.
It was a great day for everyone with Ryan having about 25 folks from his immediate family as well as other friends at the event.
This is what they read over the PA system:
“Bernard L. Ryan, known as Bun to his friends and family, was born and raised in Leadville, Colo. In June 1943, he was drafted into the United States Army at Fort Logan, Colo.

“He served in the Pacific Theater of World War II in 1944 and 1945. While in the Pacific, he was part of the U.S. invasion force at Luzon in the Philippines. His corps was also making preparations for the invasion of Japan before the dropping of the Atomic bombs on Hiroshima and Nagasaki.

“While in the U.S. Army, Ryan was promoted to Master Sergeant, one of the youngest Master Sergeants in World War II, and was awarded the Bronze Star and many other citations during his service.

“After World War II,  Ryan worked at Los Alamos Scientific Laboratory, the birthplace of the atomic age, and was the ace pitcher for Pierotti Clowns five-man softball team, which traveled through New Mexico playing exhibition softball games for charitable causes. Ryan featured a 104-mile an hour fastball. For his efforts, was inducted into the New Mexico Softball Hall of Fame.

“And he has been a loyal Rockies fan for 20 years, starting the day Ey Senior hit the first home run at Mile High Stadium. He is honored to be recognized by the Rockies organization today.” 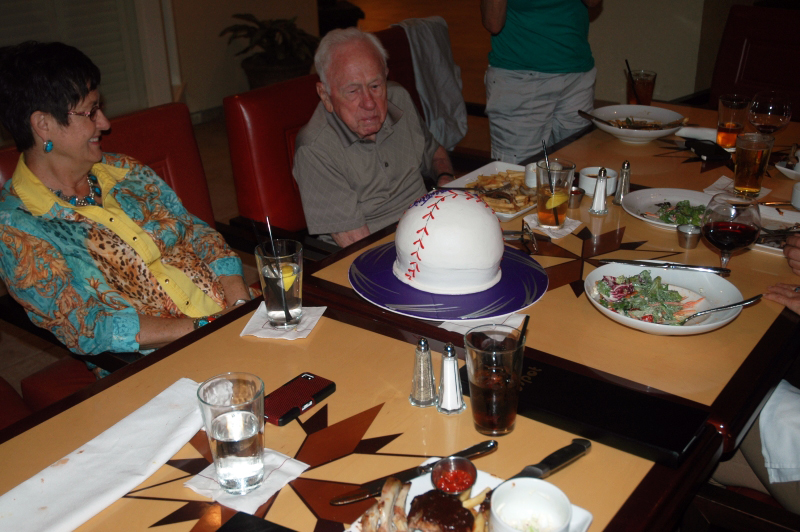 Bun Ryan and Retta at the Aug. 31 celebration the night before he was honored at the game. Courtesy photo 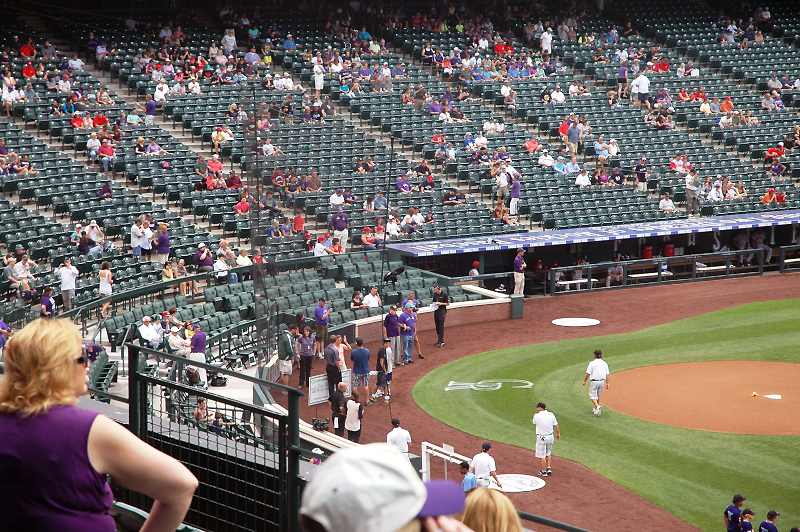