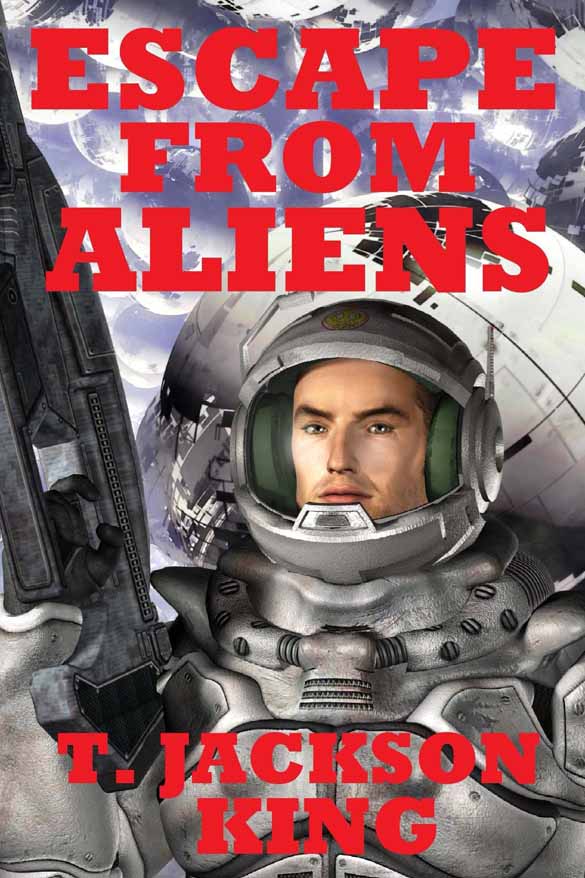 The novel explores the idea that the vanishings of people in remote areas might be due to Aliens abducting people for sale to alien buyers.

King, 67, is a former government archaeologist and an award-winning journalist who lives in Los Alamos.

“I got the idea for this novel when I wondered about the many reports of people vanishing in remote parts of the world,” King said. “What if the vanishings are not to avoid bill collectors? What if the vanishings are due to Alien abductions? And what might happen if Aliens kidnapped a retired SEAL guy and an Air Force Space Command lady captain? Just how much trouble might these two military vets cause the kidnapping Aliens?”

In Escape From Aliens, King’s hero Bill MacCarthy breaks out from an escape-proof cell on the Alien starship, then releases Captain Jane Yamaguchi from her cell. The two of them head out to battle the Alien crew, capture the ship’s captain and then return other captives to their home worlds. They are aided by a naive artificial intelligence that runs most systems on the starship.

The novel is the first book in a planned three book series.

Amazon’s ebook ranking lists only bestselling novels released in the last 30 days and is updated hourly. King’s novel was released Sept. 3, so it has climbed to these bestseller rankings very quickly. Its Space Opera ranking can be found at http://www.amazon.com/gp/new-releases/digital-text/6157858011/ref=zg_bsnr_nav_kstore_4_158591011.

Writing about Human-Alien encounters caused King to explore what Aliens might have in common with Humans.

“Well, for starters, there’s the need for food, living territory, there’s curiosity, there’s sex and there’s greed,” he said. “I disagree with scientists who say we won’t have anything in common with Aliens. I think there will be interesting people on other worlds that we will appreciate knowing. We might even make a buck off of them!”

King’s conviction that humans will be the New Kids On The Block when we first encounter Aliens has led to three other SciFi series that began with the novels Star Vigilante, Stellar Assassin and Little Brother’s World. His first novel Retread Shop, was published by Warner Books in 1988.

In addition to being the author of 19 published science fiction novels, King is a UCLA-trained archaeologist/anthropologist.

“My anthro training gives me some insight into how an Alien society might function and what overlapping interests there might be with human society,” he said. “And I am convinced that even with high tech robots that talk, there will be slavery in the far future. After all, organic life is programmed to replace itself with babies!”

Support for the idea of many planets in the Milky Way galaxy has been documented by the sky survey of the Kepler astronomical satellite that has recorded about 2,700 planets of all types surrounding other stars in the Milky Way, he said. Some of those planets are in the ‘liquid-water’ eco-zone similar to Earth’s distance from the Sun. Recent estimates suggest there could be billions of Earth-like worlds in the Milky Way galaxy.

“One reason I love reading SciFi is because it’s a literature of hope. Science fiction assumes a future for humanity. A lot of modern literature is alienated from the theme of hope. I think human nature finds a way to keep on going on,” King said.

Ancient history, archaeology and evolutionary biology also are within King’s reading circle, along with international geopolitics.