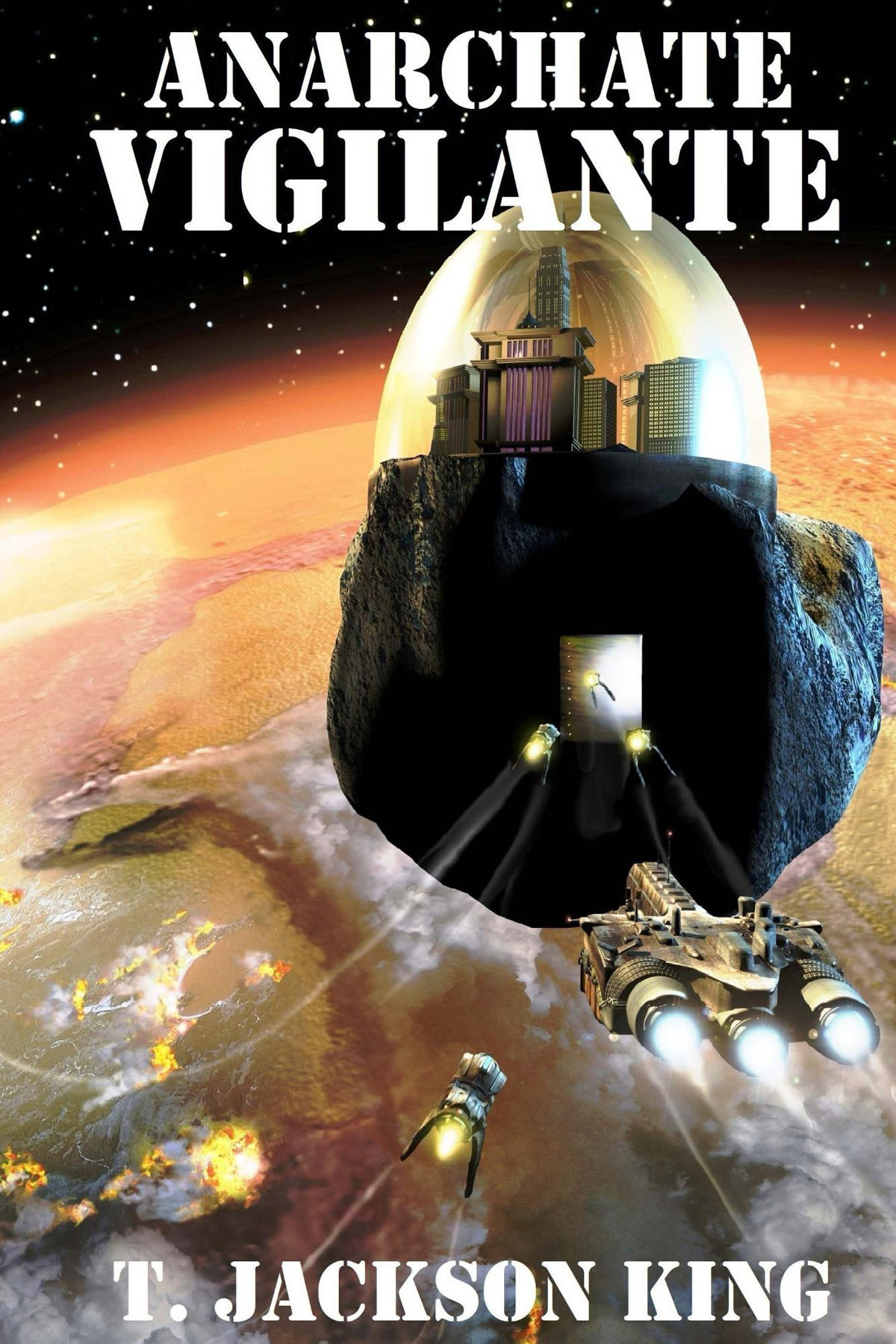 Los Alamos author T. Jackson King has hit No. 9 on the Amazon Hot New Releases in Space Opera sci-fi with his novel Anarchate Vigilante, an interstellar adventure about a human vigilante-for-hire who brings justice and hope to planets oppressed by the Anarchate galactic culture.

Amazon’s Kindle ebook ranking lists only bestselling novels released in the last 30 days and is updated hourly. King’s novel was released March 27, so it has climbed to this rank very quickly.

His novel also has hit Amazon Bestseller ranking in six other sci-fi categories:

King, 65, is a former government archaeologist and an award-winning journalist.

“I got the idea for this novel when I asked what if Humans go into space and find there is a pre-existing galactic society run by aliens?” Kind said. “And what if that society enforces interstellar anarchy because anarchy is profitable?”

The idea that aliens will oppose a United Planets of the Stars gave King the foundation for the 2-million-year-old Anarchate culture. Its space navy enforces anarchy because that is most profitable for the interstellar corporations that run things in the Milky Way. This idea led King to write a five-book sci-fi series that began with Star Vigilante, and continued with Nebula Vigilante and Galactic Vigilante. Book 5 is Alien Vigilante and it will be released this fall.

King’s other sci-fi novels explore the idea that Humans will be the “new kids on the block” when we go star-to-star traveling. That theme led to books like his first novel, Retread Shop (1988), published by Warner Books. He further explored this concept in the novels Ancestor’s World, Stellar Assassin, Galactic Avatar, Speaker To Aliens and Judgment Day And Other Dreams.

In addition to being a writer, King is a UCLA-trained anthropologist. This gives him a lot of insight into how an alien society structured very differently from ours might function.

“I asked myself what could Human society have in common with an alien culture? Well, for starters, there’s the need for food, living territory, there’s curiosity, there’s sex and there’s greed,” he said. “I disagree with scientists who say we won’t have anything in common with aliens. I think there will be interesting people on other worlds that we will appreciate knowing. We might even make a buck off of them!”

Support for the idea of many planets in the Milky Way galaxy has been documented in the sky survey of the Kepler astronomical satellite that has recorded at least 2,700 planets of all types surrounding other stars in the Milky Way.

“One reason I love sci-fi is because it’s a literature of hope. Sci-fi assumes a future for humanity. A lot of modern literature is alienated from the theme of hope. I think human nature finds a way to keep on going on,” King said.

Ancient history, archaeology and evolutionary biology articles also are within King’s reading circle, along with international geopolitics. “Aliens that compete will have many motivations in common with humanity,” King speculated.