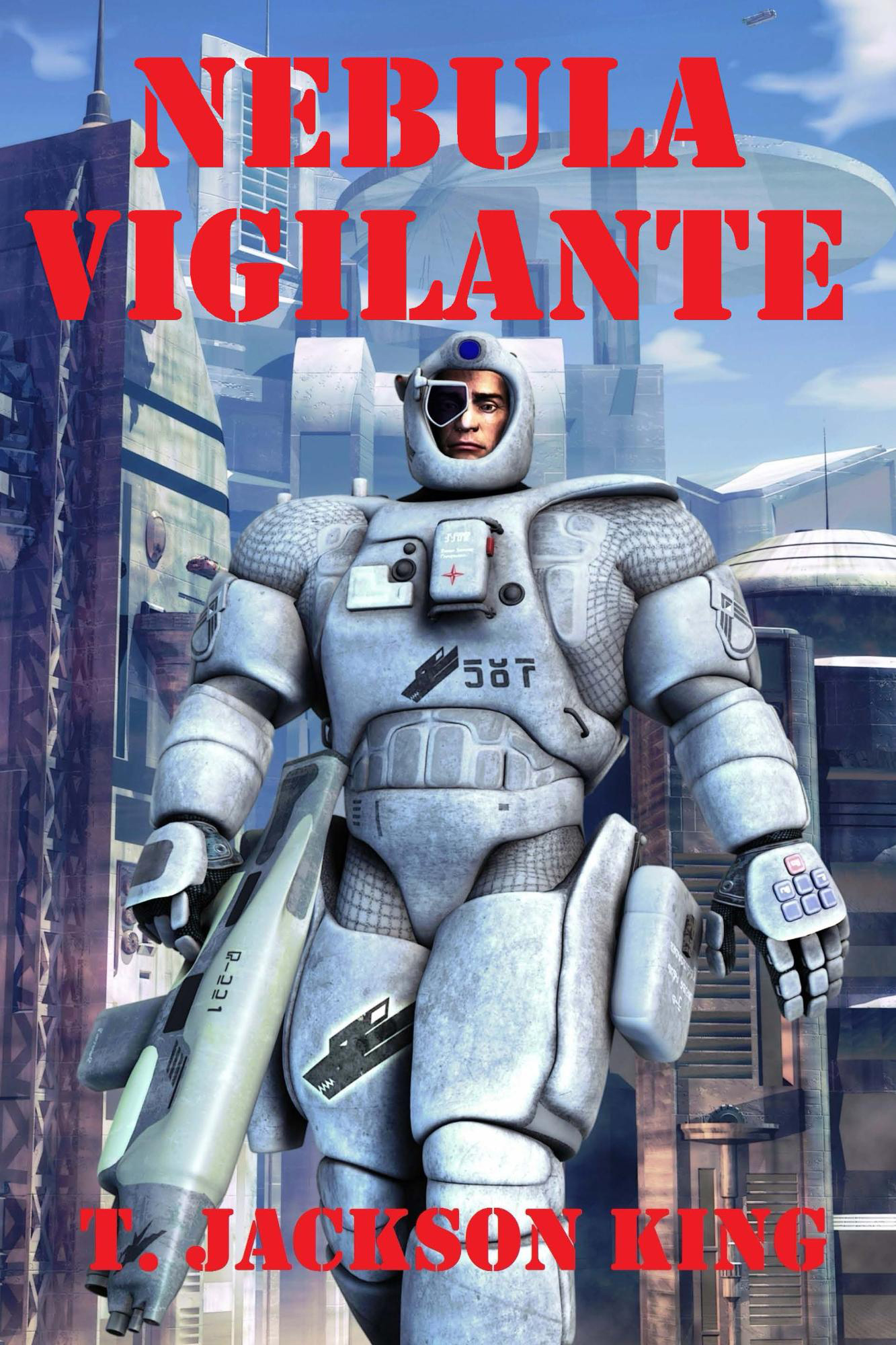 Los Alamos author T. Jackson King has hit No. 9 on the Amazon Kindle ranking for bestselling Space Opera science fiction with his novel Nebula Vigilante, an interstellar adventure about a lone human who hires out as an interstellar hired gun.

Amazon’s ebook ranking lists only bestselling novels released in the last 30 days and is updated hourly. King’s novel was released on Sept. 24, so it has climbed to this rank very quickly.

King, 65, is a former government archaeologist and an award-winning journalist who lives in Los Alamos.

“I got the idea for this novel when I asked what if a future galactic society had no law, no justice? How would a colony planet get help in writing a wrong being done to them by an interstellar corporation?” King said.

“As an anthropologist, I ask myself what could human society have in common with an alien culture? Well, for starters, there’s the need for food, living territory, there’s sex and there’s greed,” he said. “I disagree with scientists who say we won’t have anything in common with aliens. I think there will be interesting people on other worlds that we will appreciate knowing. We might even make a buck off of them!”

King also speculates that “aliens that compete with each other will have many motivations in common with humans.”

Support for the idea of many planets in the Milky Way galaxy has been documented in NASA’s sky survey of the Kepler astronomical satellite that has recorded at least 2,700 planets of all types surrounding other stars.

“One reason I love sci-fi is because it’s a literature of hope. Sci-fi assumes a future for humanity. A lot of modern literature is alienated from the theme of hope. I think human nature finds a way to keep on going on,” King said.

King’s writing career led him to find his late-in-life Los Alamos sweetheart via an online dating service. “My wife Cathy Wiget and I met online in the spring of 2009, visited a lot by phone calls and by dates, then we married in 2010 after I moved to Los Alamos from Silver City,” he said.

“Since then she has been the first reader for all of my new releases,” he said, noting how important it is for a serious writer to obtain outside reactions to his writing before it is published.

His writings can be found on Amazon at www.amazon.com/author/tjacksonking and on his Facebook page of T. Jackson King.