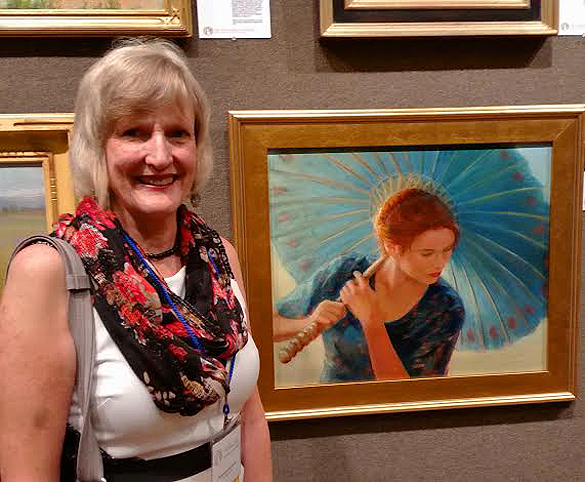 Betty Nance Smith of Los Alamos at the OPA VIRTUOSOS exhibition in New York. Courtesy photo
ART News:
Los Alamos native Betty Nance Smith expanded her art world greatly as a participant of the first Oil Painters of America VIRTUOSOS Exhibition in New York.
Each invited Signature and Master Signature member showcased a special representational painting in the 144-year-old Salmagundi Art Club’s largest of three galleries. Set in Greenwich Village, the club’s members have included famous artists such as Howard Pyle, Louis Comfort Tiffany, Carl Rungius and N.C. Wyeth.
The painterly realism of John Singer Sargent, also a member of Salmagundi, is being displayed at the Metropolitan Art Museum. Many of the OPA’s artists took avery close look at his masterful brush strokes.
The night after the NYC reception, Master artist Everett Raymond Kinstler shared his brilliant career as a foremost Old time Comic illustrator turned Presidential portrait artist to an eager artist audience from across America. He had many stories of presidents sitting across from him as he captured their looks with backgrounds of their choosing.
A small delegation of OPA’s sister organization, National China Artists, attended the Salmagundi show and later joined some American artists painting in Washington Square Park. One famed Chinese painter presented OPA with an intricate beautiful painted scroll that was long enough to span the width of the room.
Nance Smith befriended a few, who two weeks later showed up in Santa Fe. They were traveling across the country meeting artists and seeking a venue for a group of nationally acclaimed Chinese artists to show in this country.
Nance Smith said she found it fascinating that Georgia O’Keeffe is very popular in China and they knew more small details of her life than she did. Added to all this, Nance Smith walked Manhattan’s picturesque streets and discovered a city filled with artistic delights, from a Lego cityscape to old ornate buildings next to creative glass towers.
After enjoying the original Lion King on Broadway, she and some others were treated to a backstage visit where original hand-made props are still hung after each performance.
More photos and sharing of this art adventure will be posted on Betty Nance Smith Fine Art Facebook page, which is open to the public. View more of her art at  www.bettynancesmith.com. 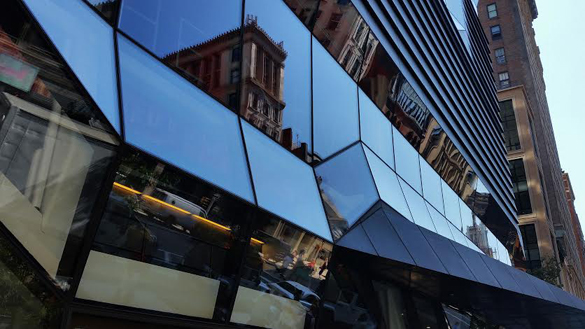 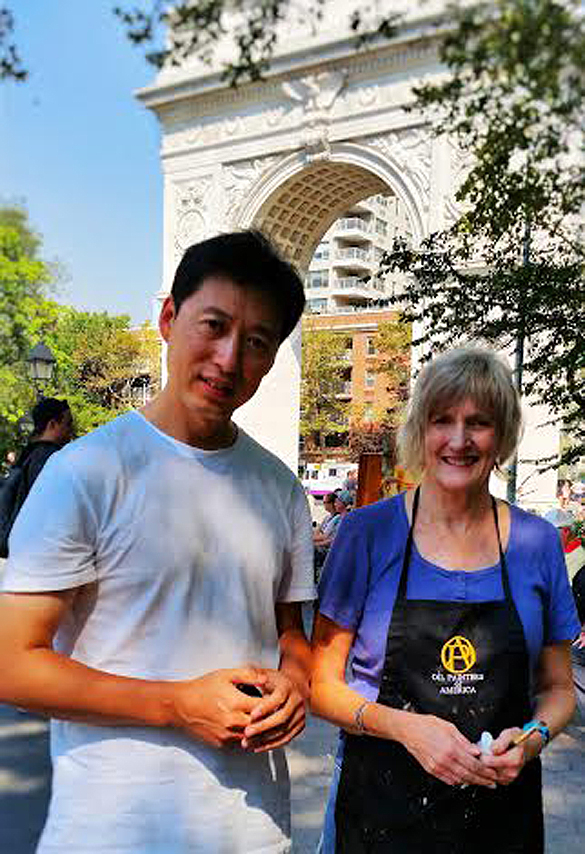 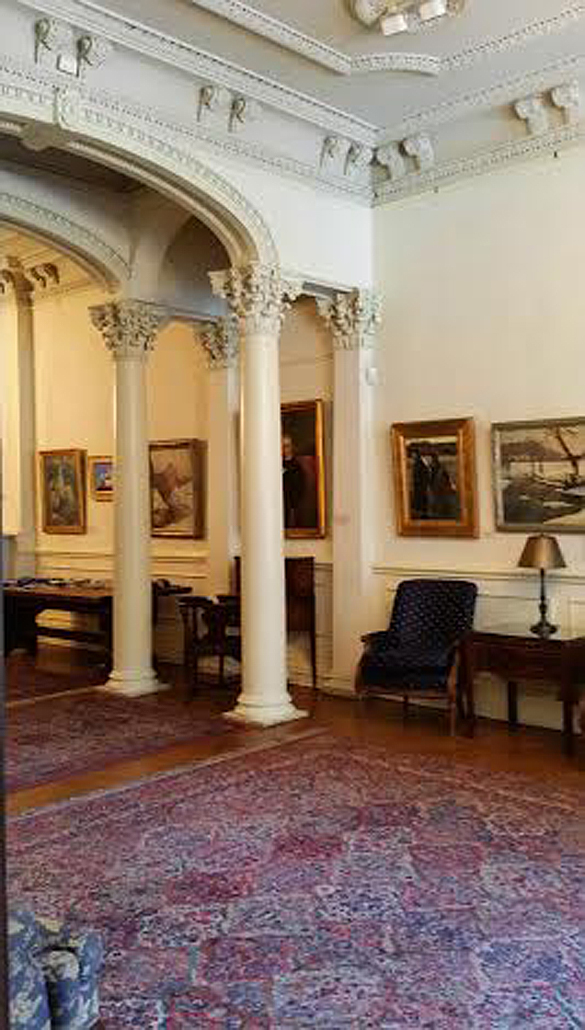 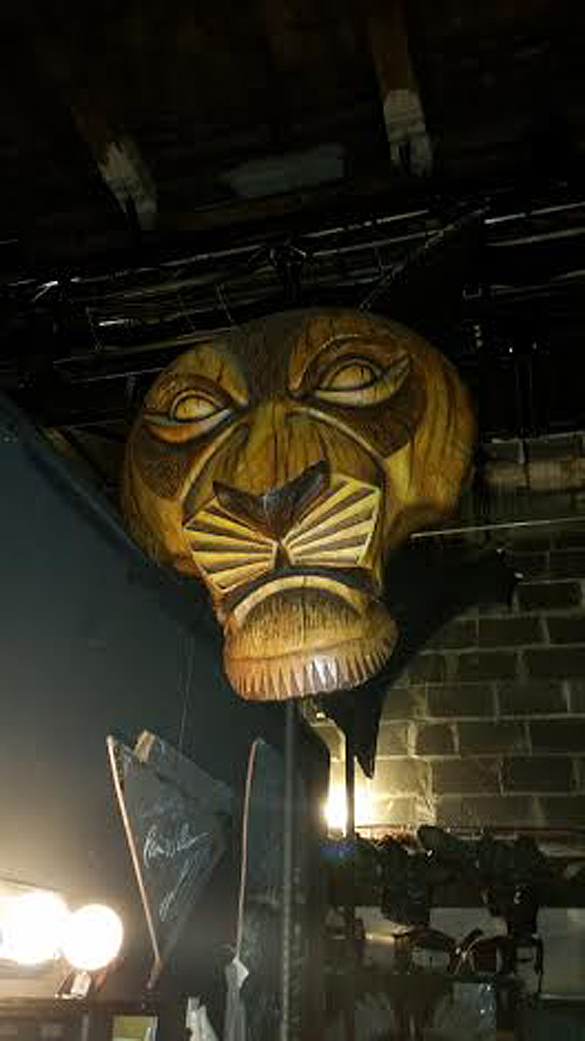 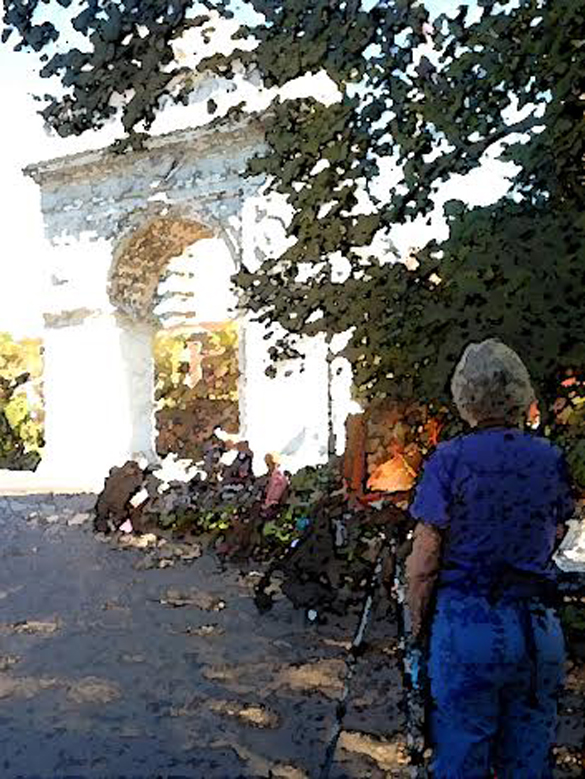