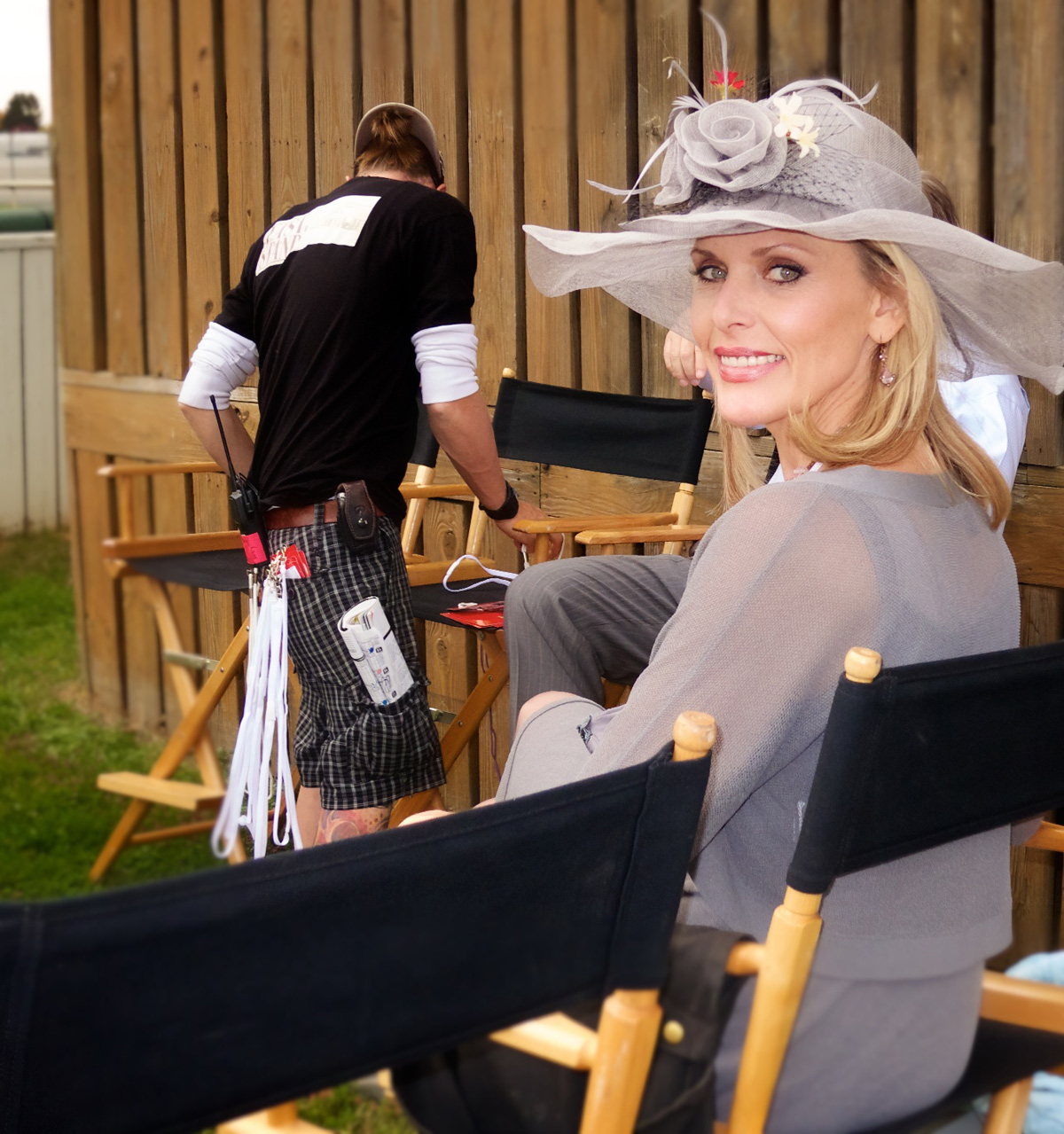 Suzanne Wilcox of Los Alamos as Jill Baffert in her Derby Day finery on the set of ’50 to 1′ at Churchill Downs. Courtesy photo 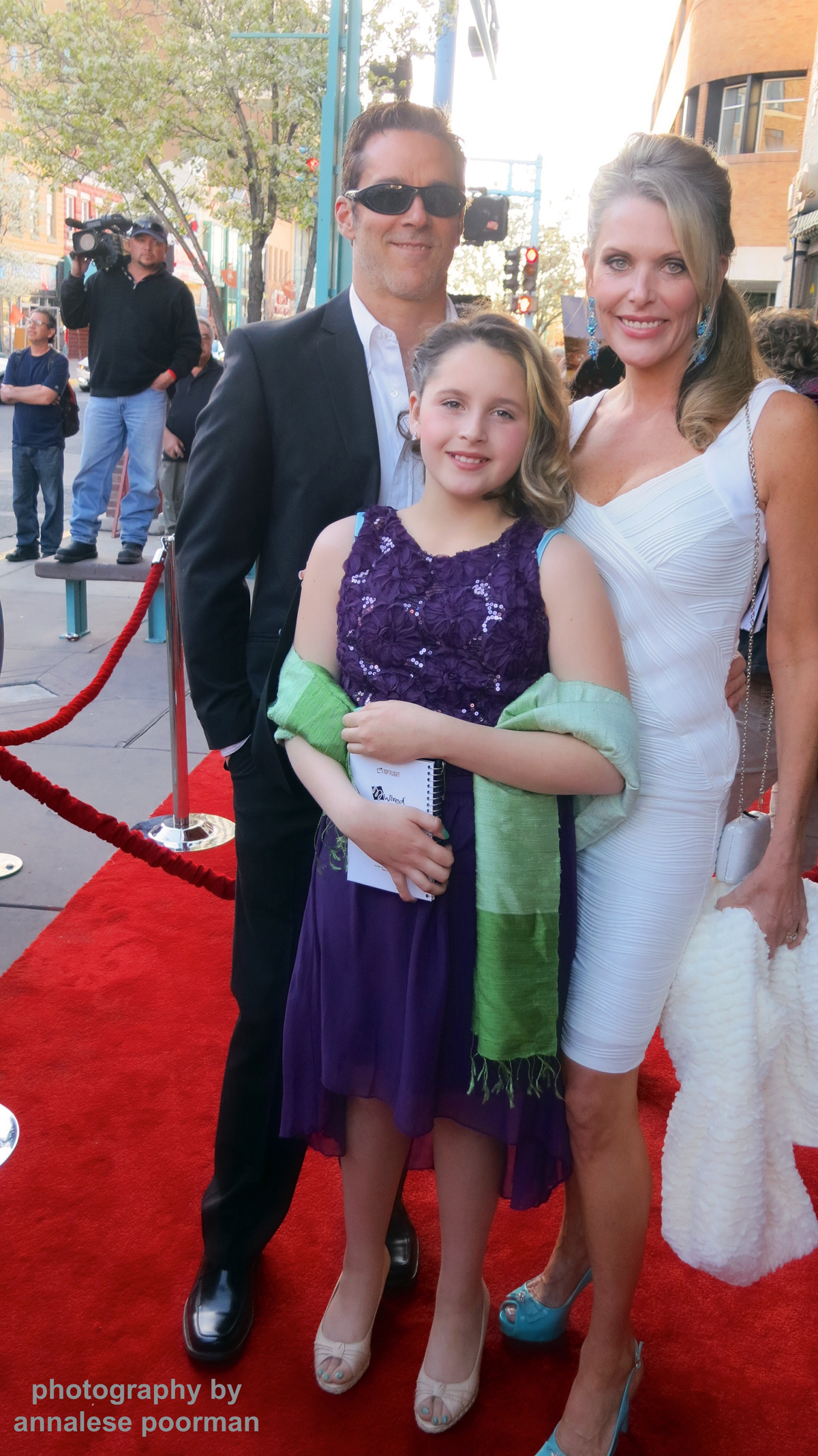 Suzanne Wilcox on the red carpet with husband John and daughter Sage at the gala  premiere of ’50 to 1′ at the Kimo Theater in Albuquerque. Photo by Annalese Poorman
By BONNIE J. GORDON
Los Alamos Daily Post

The film “50 to 1” is about a New Mexico longshot who made good. Chip Woolley hauled his gelding, Mine That Bird, from New Mexico to Churchill Downs in 2009, an unknown trainer with an unknown horse. When jockey Calvin Borel road Mine That Bird to Kentucky Derby victory, they made racing history.

Los Alamos actress Suzanne Wilcox’s journey to her role in “50 to 1” as Jill Baffert, wife of horse trainer Bob Baffert, is nearly as surprising.

“I never in a million years expected to end up in the movie business,” Wilcox said. “I’m reinventing myself in my 40s!”

This led to work as a featured extra, stand-in and body double in a number of productions, including the television series “Wildfire,” “Crash” and “Scoundrels and TV movies “Georgia O’Keeffe, and “Sex and Lies in Sin City. Her work for feature films work has included “The Eye,” “Swing Vote,” “The Spirit,” “Beer for My Horses,” and “Did you Hear About the Morgans?”

Locals have probably seen Wilcox on television, even though they may not know it. She was the stand-in and body double for Anna Gunn who played Skyler White in “Breaking Bad” for the entire fourth season and returned the final episode of the series in season five.

In the sixth episode of the fourth season, “Cornered,” Wilcox is the person actually flipping the coin at Four Corners, not Gunn.

“If the actor isn’t speaking and it isn’t a full face shot, nine times out of 10, the person on screen is a body double,” Wilcox explained.

Her acting career didn’t really come out of nowhere. Wilcox was a high fashion model in the 1980s, based in Dallas. She put in plenty of time in front of the camera doing runway and print work during those years.

Wilcox was excited when casting agent Elizabeth Gabel arranged for her audition for the part of Jill Baffert in “50 to 1.”

“I researched the character. It was exciting to play the role of someone who is so beautiful and vibrant,” she said. “Jill is a former ESPN Sports caster who fell in love with the world renowned horse trainer Bob Baffert.”

Wilcox auditioned with director Jim Wilson who knows the Bafferts and he told her of Jill’s love for horses and racing.

“I received the call on my way out of Albuquerque that Jim wanted me for the part and they asked if I would be willing to go to Kentucky for two weeks and could I turn around and come back for a wardrobe fitting. I was thrilled,” Wilcox said.

Wilcox has four scenes and three wardrobe changes in “50 to 1.” The bulk of her close-ups are in the stands during the race. Although she doesn’t speak, Wilcox has to portray, not only Baffert’s excitement during the race, but her disappointment when the horse her husband trained, race favorite Pioneer of the Nile, loses to the unknown New Mexico longshot. Wilcox also gets to wear a stunning Derby Day dress and hat.

Wilcox spent two weeks filming at Churchill Downs, which she said was great fun. She enjoyed getting to know the other actors and became friends with fellow New Mexican Stewart Richardson who plays Sheik Maktoum, owner of another favorite destined to lose to Mine that Bird, among other actors.

Attending the gala premiere of “50 to 1” at the Kimo Theater in Albuquerque gave Wilcox and her family an opportunity to experience the glitz and glamour of Hollywood as insiders. Dressed in a chic dress purchased locally at Uli’s in Los Alamos, Wilcox walked down the red carpet with the film’s other actors.

Another high point was meeting the actual New Mexicans upon whom the characters in the movie were based. Mine That Bird’s jockey, Calvin Borel, actually plays himself in the film.

“The film uses actual footage from the race and that makes it really exciting,” Wilcox said.

It’s especially exciting to be experiencing the film in theaters here in New Mexico, Wilcox said. “My family saw the opening in Santa Fe and the crowd erupted in applause!”

Wilcox and her family have lived in Los Alamos for 16 years. She is the owner for Crossfit Los Alamos and has worked for the past six years as a coach and personal trainer. Although her job keeps her in tiptop shape for her movie roles, she has to balance her acting career with her business responsibilities.

“My business has grown a lot, so I need to be choosy about my roles,” Wilcox said. “My staff and clients have been really supportive about my taking time off to do this.”

What’s next for Wilcox? She definitely plans to continue appearing on screen. With a named role under her belt, Los Alamos might soon have a film celebrity on its hands. Whether or not it leads to fame, Wilcox is having a lot of fun with her movie career.

“50 to 1” is showing at the Dreamcatcher in Espanola and the Regal in Santa Fe. See the trailer here. 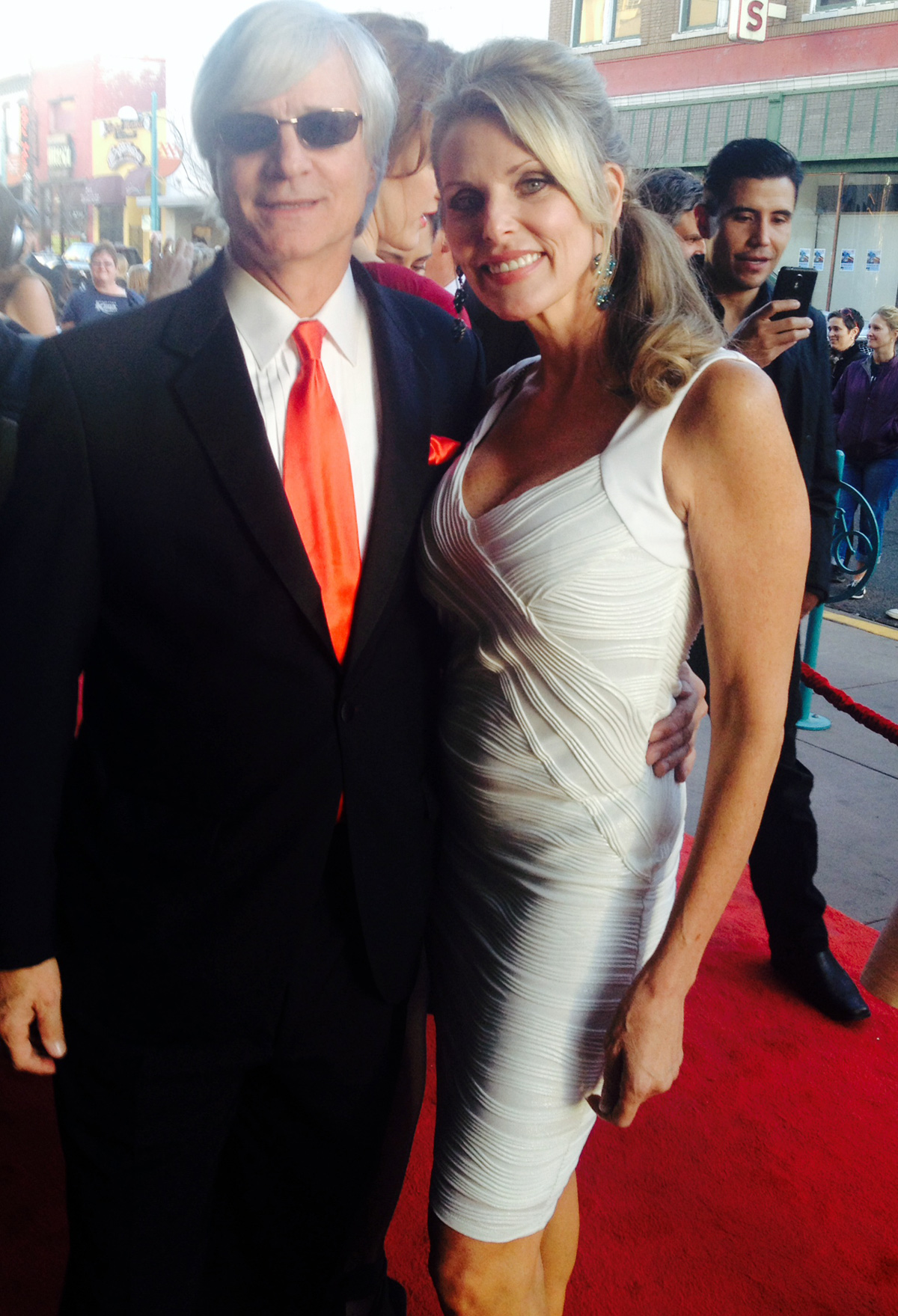