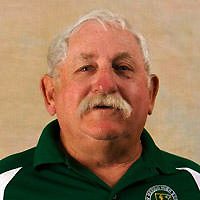 Lockridge was born in 1943. His father was a military man thus Allan and his family moved frequently. Prior to moving to Albuquerque in 1949, Lockridge lived in Germany for two and half years following WWII.

When his family moved to Albuquerque in 1949, they settled in the South Valley. After graduating from Rio Grande High School in 1961, Lockridge enrolled and attended the University of New Mexico starting in the fall of 1961.

President John F. Kennedy was assassinated in November of 1963, and President Kennedy’s death affected Lockridge to the point that he was motivated to join the United States Peace Corps in the summer of 1964. He was assigned as a Rural Health & Community Development volunteer in Panama. It was in the remote and rural villages of Panama only accessible by horseback that Lockridge developed his life’s credo: “You do it because you are supposed to, and you are supposed to because you can!”

Lockridge’s first  job was in Maxwell, N.M. It was in Maxwell that he focused on living up to the standard of his creed. “You do it because you are supposed to, and you are supposed to because you can.” While in Maxwell, Lockridge was the social studies teacher, Spanish teacher, librarian and the head teacher. He also drove the activity bus to all events, served as the cheerleader sponsor and as the district chairman. His roles outside of school were village councilman, volunteer fireman, certified EMT, search & rescue certified coordinator for the state police, and a volleyball official.

In 1982, Lockridge went to work for Pojoaque Schools as a teacher and coach. As a coach in New Mexico for 43 years, Lockridge accomplished the following:

Coach Lockridge has been a member of the NMHSCA Board of Directors since 2006 and will be the president of the organization during the 2015/2016 school year.