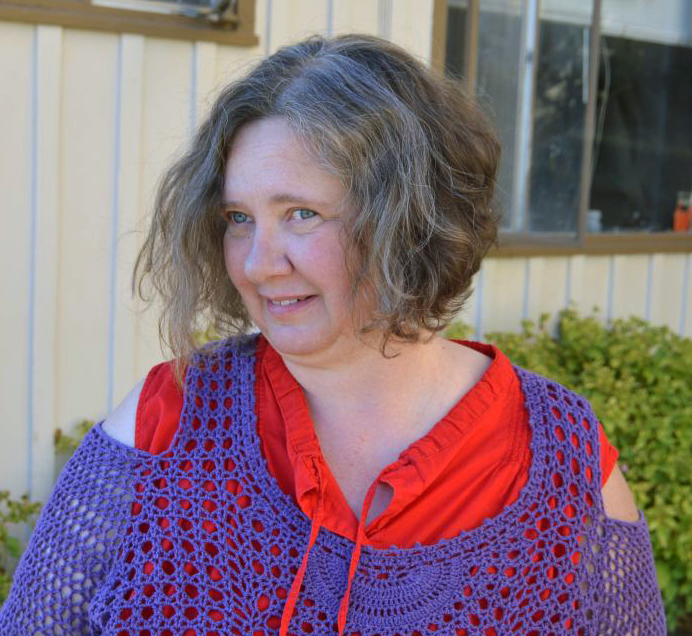 Kay Dreamtrader of Los Alamos. Photo by Carol A. Clark/ladailypost.com
Woman Who Suffered Emotional Distress Hopes to Inspire Others
By Carol A. Clark
Kay Dreamtrader is a medical assistant at Los Alamos Medical Care Clinic in Los Alamos.
She went through some very difficult periods in her life in the last few years and decided to share her experiences with the Los Alamos Daily Post in the hopes that she might help others.
“I went thru a very sudden and devastating break up of a nine-year relationship in the fall of 2009,” Dreamtrader said. “I was also going through menopause at the time so you can imagine that it was very difficult … I started to receive counseling at that time from Los Alamos Family Council.”
In March of 2010, Dreamtrader’s social security disability account was suspended.
It took until June 2010 for her to get in to the Santa Fe office to see the appropriate person for assitance.
“In fact, Cheryl Pongratz of Los Alamos Family Council went down with me to see him and that was a very big bit of moral support,” Dreamtrader said.
Still trying to cope with the break up her nearly decade-long relationship, Dreamtrader sank even further into depression.
“That June I became suicidal and the professional attention that I got from Family Council was crucial to getting me stable,” she said.
Dreamtrader attended two therapy groups, one for women in transition/loss in the summer of 2010 and a “wrap group” that focused on financial and other material issues and coping mechcanisms.
At the time, Los Alamos Family Council also had a social worker who was instrumental in finding Dreamtrader temporary rental assistance that lasted until her social security account was reinstated in the summer of 2011.
“By fall of 2011, I was beginning to see my counselor less often and was expecting to phase out completely,” she said. “Then in January of 2012, I was diagnosed with breast cancer and am now in counseling once a week again. I suspect that by next January, I will begin to back off of my frequent sessions again. After three years of having this resource, I am very grateful for the support I receive, and I am sure that I could not be in the reasonably stable and healthy position that my life is in now without that resource.”
Dreamtrader said that she wants to encourage anyone going through a difficult time to seek help.
“You don’t have to suffer alone … the people at Family Council really can help you and they keep everything about you confidential,” she said.
Menu
LOS ALAMOS