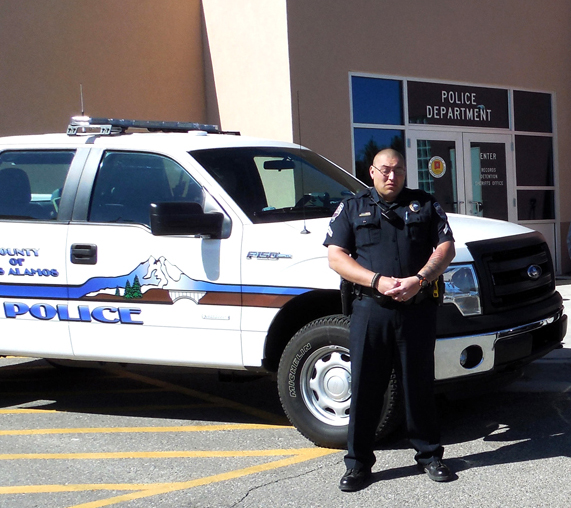 According to the Tort Claim, obtained Friday by the Los Alamos Daily Post, Casias asserts that Ballew intentionally battered him during an Oct. 7, 2016 meeting of several officers at the LAPD.

The claim, filed Nov. 14, 2016 in the Los Alamos County Clerk’s Office states that Ballew, “intentionally grabbed Casias’ right arm, placed handcuffs on his right arm, then slammed the handcuffs with both hands with the intention to cause harm to Casias”.

Casias suffered an arm, wrist and hand injury “directly related to the intentional battery committed by Ballew”, according to the claim.

The tort claim also indicates that Casias intends to bring legal action against Ballew, the LAPD and the County, “due to Ballew’s intentional actions”. 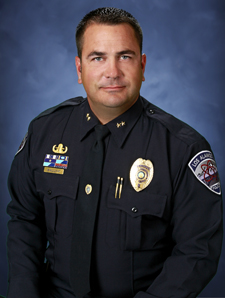 Ballew declined to comment on the tort claim at this time. Prior to coming to work at the LAPD in 2005, he spent 1998 to 2004 at the Carlsbad Police Department. Ballew was promoted to the rank of commander in 2012 at the LAPD.

Casias has served 12 years as a police officer. He has worked the last five of those years at the LAPD. He is a Trustee of Los Alamos Police Association Local #14, a unit of the International Unit of Police Associations. He is married to Union President Sgt. Monica Salazar-Casias. She stressed during a telephone call with the Post Friday afternoon that her husband’s tort claim is a separate issue, “from the many grievances” the union has against some of the command staff at the LAPD.

Salazar-Casias explained that the local police union now has 28 members who are all sworn officers at the level of sergeant or below, adding that the union’s contract was unanimously ratified in March 2016.

She also confirmed Friday that 24 of the union’s 28 members recently voted to take their list of grievances to several Los Alamos County Councilors. Salazar-Casias said she and another union officer met Wednesday, March 8, with three of the seven Council members to discuss those grievances and other issues. She did not say which Councilors attended the meeting but Council Chair David Izraelevitz, who did not attend the meeting, said he is now aware that it took place.

“However, because this is a personnel issue and a police union matter I am not at liberty to comment,” Izraelevitz said.

Salazar-Casias said union officials have a meeting scheduled next week with Police Chief Dino Sgambellone to discuss those same issues.

Chief Sgambellone told the Post that he is aware of the situation and actually set up the meeting, which is scheduled for Thursday.

“I look forward to a productive meeting to openly discuss the issues with a positive result,” Sgambellone said.

County Attorney Alvin Leaphart said Friday afternoon that he had received the tort claim notice and that to his knowledge a legal case has not been filed in a court of law.