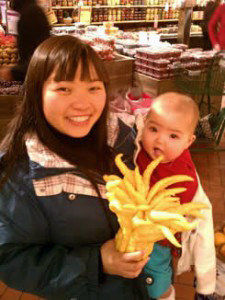 Chinese may be the most difficult language on the planet to learn, and there are many reasons why.

“For one thing, it is simply unreasonably hard to learn enough characters to become functionally literate,” wrote David Moser from the University of Michigan Center for Chinese Studies in his article called Why is Chinese so Damn Hard?

In order to learn Chinese you have to learn how to read and write tens of thousands of characters (characters that require serious calligraphy skills to recreate), whereas, you only need to learn a couple dozen letters in order to learn most other languages.

There is no “Hooked on Phonics” for Chinese. You can’t sound out characters, because most characters don’t give you any clue as to how it should be pronounced.

English speakers have a much easier time learning languages like German, French, Italian and Spanish, simply because there are more similarities between the words and sentence structure.

Armed with a good dictionary and a grammar book, most learners can start to read comic books, novels and magazine articles quickly. They can even attend a language immersion camp and come away speaking and understanding.

However, there is an easier way to learn Chinese that mimics the way children pick up new languages with ease. Have you ever listened to a conversation where bilingual speakers switch languages in midsentence? There are so many reasons to switch back and forth. The speaker may not have the word in the second language or they may simply have a much better word in their native language.

Using this method of switching back and forth makes it easier for English speakers to learn Chinese. Tian Mei Yang, a local entrepreneur, is creating a simple workbook and DVD set that students can use to naturally learn to say and write more Chinese phrases. She has a brief video online where she demonstrates how her ColdSwitching method works. Most English speakers who watched the video (even if they’ve never studied Chinese) were able to read a Chinese sentence after the demonstration.

Watch the video at https://www.mainstreetcrowd.com/projects/coldswitching-learn-chinese/ and consider contributing to her crowdfunding campaign. The money that she raises will go toward the production of her unique language learning resource.