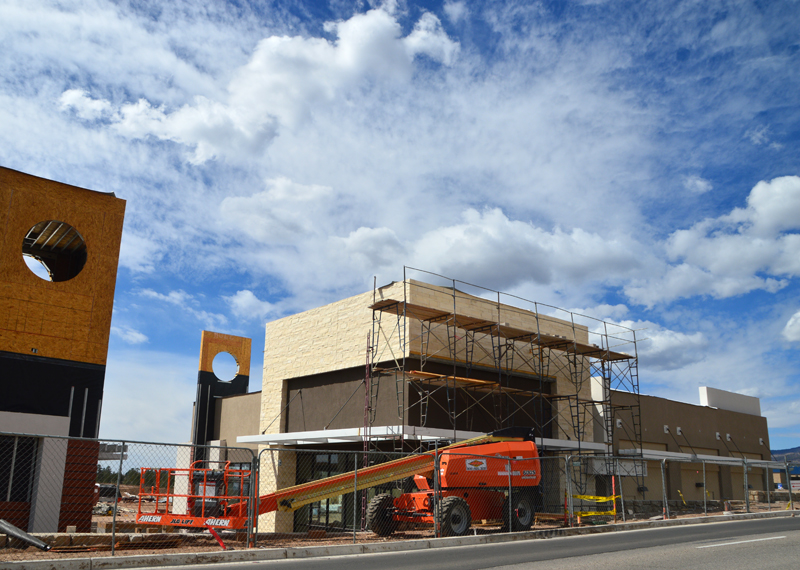 More than 120 people gather Monday evening for a debate watch party at the DPLA headquarters in Central Park Square. Photo by Carol A. Clark/ladailypost.com 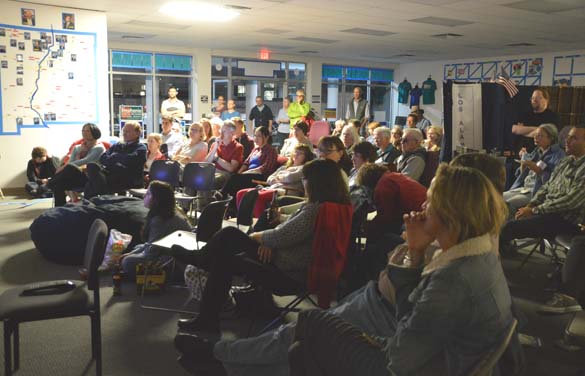 Folks gather at the DPLA headquarters in Central Park Square for Monday’s first Presidential Debate party of the General Election season. Photo by Carol A. Clark/ladailypost.com

“New Mexicans heard two very different visions for our country tonight. Hillary Clinton focused on the issues, gave substantive answers, and re-iterated that we’re stronger together,” DPNM Chair Debra Haaland said. “In stark contrast, Donald Trump was unprepared, didn’t give any specifics, and once again showed that he doesn’t have the temperament to lead our country. This debate made the choice very clear, and I feel more confident than ever that New Mexicans will vote for Hillary Clinton this November. Simply put, I’m proud of our Democratic candidate for President.”

NBC Nightly News Anchor Lester Holt moderated the debate at Hofstra University in Hempstead, NY. Wright State University in Ohio was originally scheduled to host the debate but withdrew due to budget issues.

Monday night’s debate was divided into six time segments of approximately 15 minutes each on major topics selected by the moderator and announced at least a week before the debate. The moderator opened each segment with a question, after which each candidate had two minutes to respond. Candidates then had an opportunity to respond to each other. The moderator used the balance of the time in the segment for a deeper discussion of the topic.

The Vice Presidential Debate comes next with Democrat Tim Kaine and Republican Mike Pence, Tuesday, Oct. 4 at Longwood University in Farmville, Va. The moderator is Elaine Quijano with CBS News.

The Vice Presidential Debate will be divided into nine time segments of approximately 10 minutes each. The moderator will ask an opening question, after which each candidate will have two minutes to respond. The moderator will use the balance of the time in the segment for a deeper discussion of the topic.

The second Presidential Debate will take the form of a town meeting, in which half of the questions will be posed directly by citizen participants and the other half will be posed by the moderators based on topics of broad public interest as reflected in social media and other sources. The candidates will have two minutes to respond and there will be an additional minute for the moderator to facilitate further discussion. The town meeting participants will be uncommitted voters selected by the Gallup Organization.

The third Presidential Debate is Oct. 19 with moderator Anchor Chris Wallace of Fox News Sunday at University of Nevada in Las Vegas, Nev. The format for the third debate will be identical to the first presidential debate.