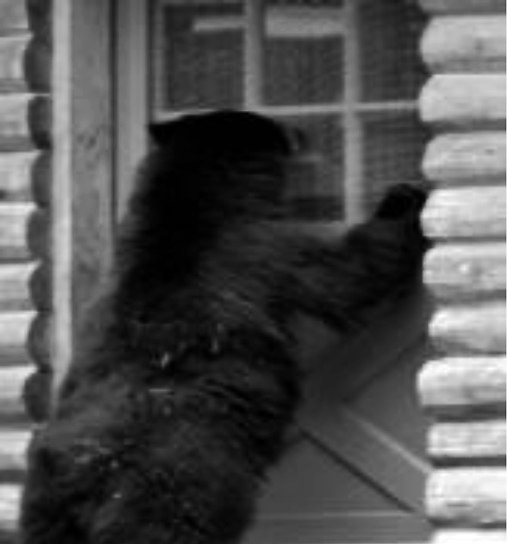 Every spring and summer as the weather warms up, the County begins to receive more calls at the Animal Control Office regarding sightings or encounters with large predators.

What’s a large predator? Large predators in Los Alamos County today include mountain lions, black bears, bobcats and coyotes. These large, powerful predators have lived here for eons, feeding on the plentiful prey and playing an important role in the ecosystem. You may live or play in habitats used by these predators. They can at times be dangerous. However, with a better understanding of these magnificent and important animals, we can learn to coexist.

Generally, large predators are elusive. They tend to live in remote, rural country like Los Alamos County. Consequently, the number of predator human interactions is increasing. This increase is due to a variety of reasons: more people moving into their habitat, an increase in prey species, drought conditions requiring them to expand their home range, more people using hiking and biking trails in their habitat and a greater awareness of the presence of large predators.

What to Do if You Live in Large Predator Country:

Most predators with residential areas within their habitat do not cause any damage. If a predator doesn’t find abundant food, it will move on.

What to Do if You Meet a Large Predator:

There are no definite rules about what to do if you meet a large predator. In most cases, the animal will detect you first and will leave the area. Attacks are rare compared to the number of encounters. However, if you do encounter one, here are some suggestions. Remember: Every situation is different with respect to the animal, the terrain, and the person.

Who Can You Call?

The New Mexico Department of Game and Fish is responsible for managing, conserving and protecting wildlife within the state. If you have a potentially life threatening situation with a large predator, or if an injury occurs, please contact the Department of Game and Fish, Monday through Friday, 8 a.m. to 5 p.m., at the phone number listed below. After hours, contact the Los Alamos Police Department or the New Mexico State Police.

Sightings or encounters with large predators in Los Alamos County are not that uncommon and you are not required to report them.