Life After 50: Lessons Learned Over The Years 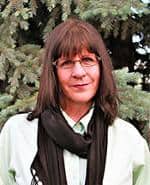 I turned 53 this year and find myself in an interesting position to want to use life as an education tool.

My father died shortly before he turned 53. This also is the fifth anniversary of my mother’s death. This year juxtaposed between the numbers 5 and 53, I wondered what they could teach others through their lives.

Would you like to know the meanest thing I’ve ever done? I told my father, “If you don’t stop smoking, you’ll never live to see your grandchildren.”

He never did meet them. It sounds much harsher after the fact, but that’s why tobacco and e-cigarettes are the devil. I learned that it was a powerful drug.

One day my mother hurt her back when lifting a bag of groceries from the car. My brother took her to the doctor, she had broken some bones. It was hours before I understood why we went to Santa Fe. We learned that my mother had breast cancer. I had to explain the process of having one’s first mammogram at 69.

The truth is, she had a tumor that she told no one about, so large it was breaking through the skin. There are things you never need to talk about because you can’t go back to fix them. I realized the question would only create shame and add hurt. There was no need for that, we were on a new journey.

The Oncologist at our first meeting said, “you have three choices, chemo, radiation or do nothing”. I asked the doctor what she would do, she said she would go lay on a beach in Hawaii until she dies.

I told my mother she couldn’t afford to go to Hawaii. We started with chemo, and she asked me to shave her head. I told her the hair loss made her look like she owned a dog like the rest of us. She fought well and the lesson is to handle life with humor.

She didn’t want anyone to know, but our kids each got to tell a friend. One day we walked through the Farmer’s Market with my mom bald as a bat. My friend approached, who secretly knew the whole story. The friend said, “How’s it going?” My mother replied, “I’m sure you know.” I said no mom, she doesn’t know. She replied, “I have breast cancer.” The “secret” was out, no pain, no shame and a release from keeping it to herself.

The lesson is that if you know something is wrong, the lack of a diagnosis doesn’t mean no illness. If something is wrong address the issue, lose the weight, make better choices when you eat, don’t smoke because hiding it won’t make it disappear.

A final lesson is for those with younger children. Treat your children with kindness. I see too many people who were mean to their kids and now their kids deny them when the adult needs them.

No matter your age, say you’re sorry, fix the problem, try to heal or you may suffer.

My family took care of my mom until about 3 months before she died, five years ago this week. She took care of us when we were young, and we returned the kindness.