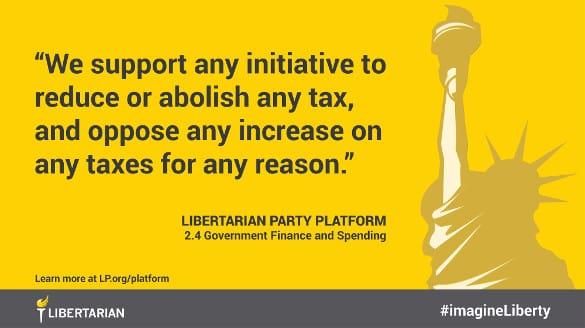 LIBERTARIAN News:
A bill introduced in the U.S. House of Representatives Sept. 7 would eliminate capital gains taxes on most transactions conducted with precious metals.
West Virginia Rep. Alex Mooney introduced the Money Metals Tax Neutrality Act, which was quickly cosponsored by Rep. French Hill of Arkansas and Rep. Raul Labrador of Idaho. If passed, the bill’s tax exemptions would encompass “(1) gold, silver, platinum, or palladium coins minted and issued by the (U.S. Treasury) Secretary at any time or (2), refined gold or silver bullion, coins, bars, rounds, or ingots which are valued primarily based on their metal content and not their form.”
Imposing capital gains taxes on precious metals compounds the inherently unjust nature of taxation, because stable commodities like gold and silver don’t experience substantial swings in value outside their comparative cost in terms of fluctuating fiat currency like the U.S. dollar. When the Federal Reserve prints money, the value of those dollars drops and commodities like precious metals become correspondingly more expensive — even when their value relative to other goods and services remains unchanged.
“Federal Reserve notes have lost about 97 percent of their value since they were declared legal tender in 1913,” said Libertarian National Committee Executive Director Wes Benedict. “Inflation is particularly troublesome for lower-income Americans who prudently keep their life savings in bank accounts rather than in more volatile stocks and bonds, or other investments. Imposing an additional tax on their meager savings simply for converting them from one currency to another — from dollars to gold, for instance, or back again — adds insult to injury.”
The Libertarian Party platform advocates clear support for “free-market banking, with unrestricted competition among banks and depository institutions of all types.” This competition in banking and financial services can’t occur when taxes are levied for nothing more than switching funds between types of currency.
“Free competition in currencies would do a lot to discourage Congress from inflating the money supply in the first place,” Benedict said. “They would find it much more difficult to borrow newly created dollars to fund their spending, and would need to limit most spending to collected tax dollars.”
The Libertarian Party platform also states, “We call for the repeal of the income tax, the abolishment of the Internal Revenue Service and all federal programs and services not required under the U.S. Constitution. We oppose any legal requirements forcing employers to serve as tax collectors.”
More than 800 Libertarians are running for local, state, and federal office this year in all 50 states — and they share a commitment to slashing unjust taxation at all levels of government. Voters do have a real choice.
LOS ALAMOS