On Friday morning we woke to heavy rains and news of region wide flooding. My husband and I have never had flooding before on Esperanza and thought we were safe.

But not this Friday the 13th. The water rose and flowed over the sidewalk and down the steps leading to our front door. As the water came closer to our door, I called the County for help, but there was nothing they could do.

When I looked to the street and up the hill, it dawned on me what was happening. The pile of illegally dumped gravel that had been blocking the right side of the road for three weeks was now washing down fast, forming a dam between the gutter and the sidewalk, and guiding a large amount of water directly toward us. The torrent of the rain kept washing the rock steadily down the street, dispersing it on the entire block and into the intersection below.

This finally allowed water to disperse as it should, and as the rain let up slightly, the waters began to recede from our front door. We were lucky. The pictures I have included show the water as it was actually subsiding.

For two years we have been plagued with illegal dumping. The County knows about the problem, and the homeowners’ associations that condone the dumping have been notified of the problem. The contractor who does the dumping understands that there have been complaints against it. He has now added what he could collect of this debris to the other piles along our sidewalk. There are rules prohibiting such dumping on streets and sidewalks, and they have a purpose.

Our waterways, though they seldom see this much water in them, are crucial. Dumping (and there is plenty of it on Esperanza) is unsightly and more importantly unsafe. I hope this letter will inspire clean up and remediation of damaged waterways, sidewalks, and other common areas that have been plagued by dumping. 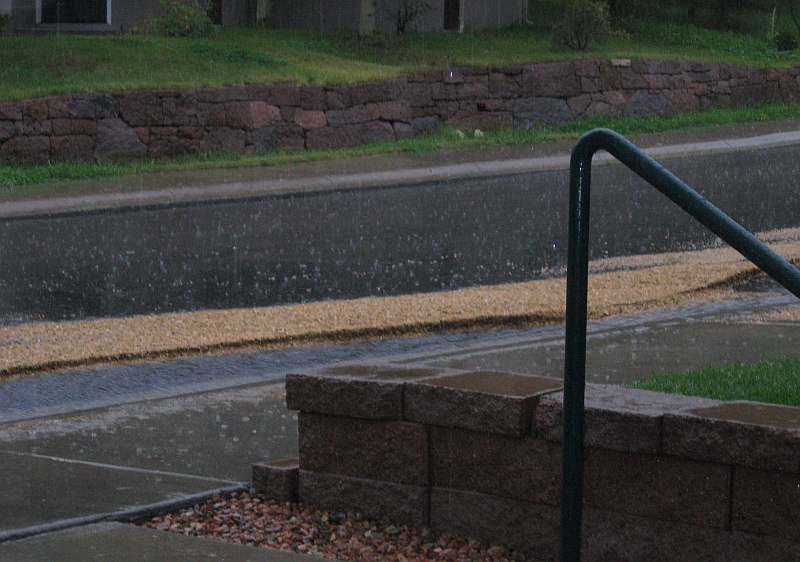 A thick row of dirt and gravel flows onto Esperanza, funneling water toward homes. Courtesy/Ellen Walton 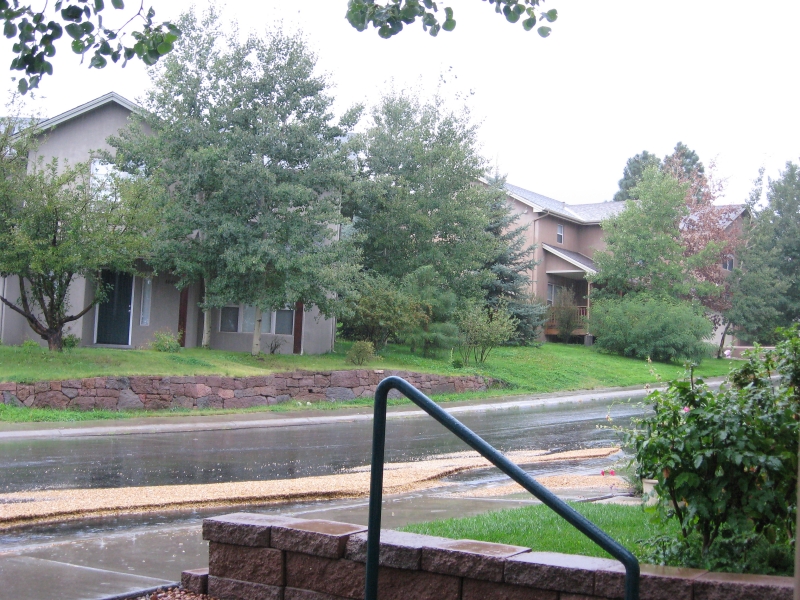 The dirt and gravel begins to break apart on Espernza. Courtesy/Ellen Walton 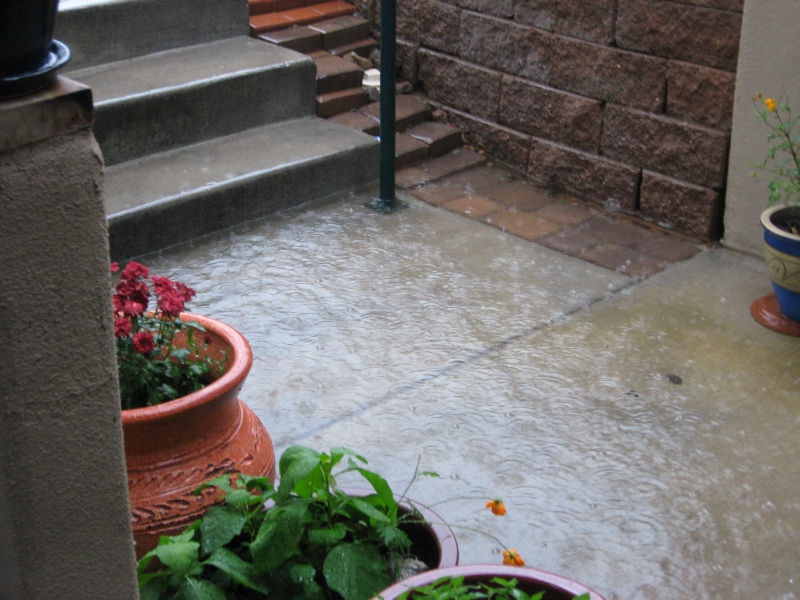 Rain water funneled by the dirt and gravel from the street, down the steps and toward the front door of this home on Esperanza begins to subside. Courtesy/Ellen Walton 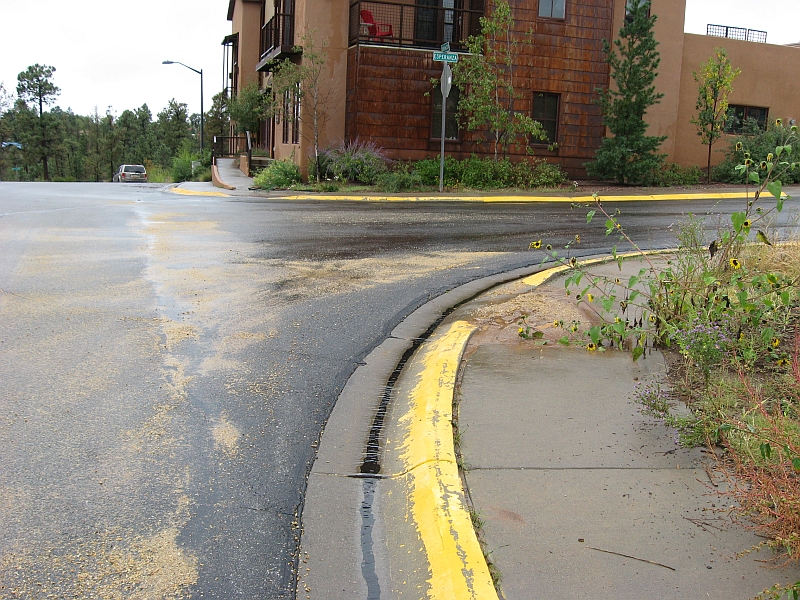 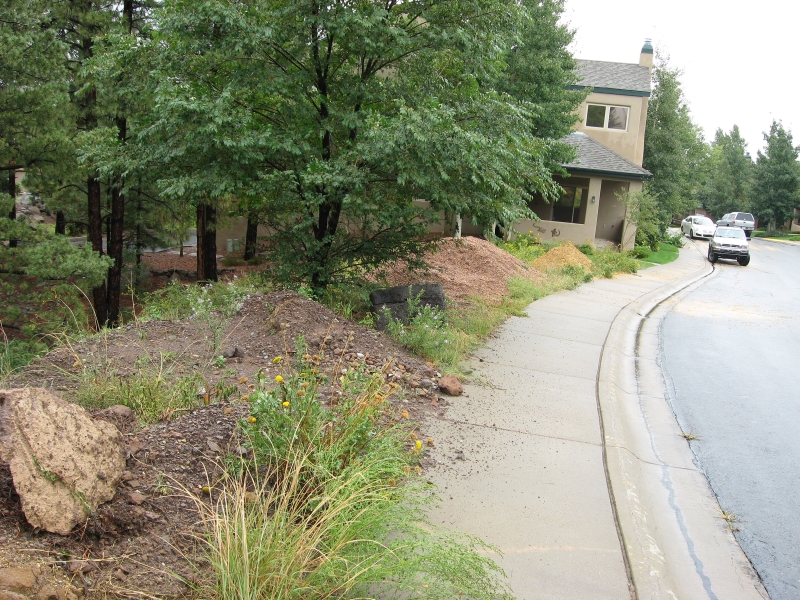 Piles of dirt and debris dumped on Esperanza. Courtesy/Ellen Walton