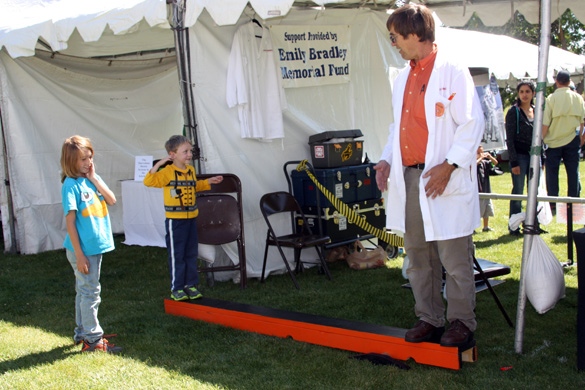 The Atomic Flying Pickles are 3rd place in the state. Courtesy/FLL 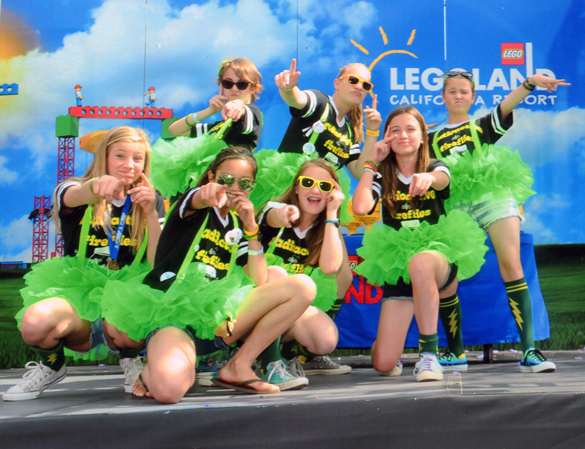 The Radioactive Fireflies are state runners up. Courtesy/FLL
By Susannah Rousculp and Karen Doebling
Coaches

The Radioactive Fireflies (state runners up) and the Atomic Flying Pickles (3rd place in NM), both Girl Scout FIRST LEGO League (FLL) robotics teams from Los Alamos, competed the weekend of May 15 at the Legoland North American FLL Championship.

These teams were among the top in the country, showing off their inventions and ideas and running their robots on the competition field mats. Their FLL “Core Values” of team work and having fun showed through, with their fun outfits and great attitudes. The middle school girls met and talked with teams from Alaska, Georgia, Iowa, South Carolina, South Dakota and international teams from Canada, South Korea and Turkey.

On behalf of both teams, we would like to thank Los Alamos for supporting our efforts in this program that makes science and technology fun. We received sponsorships and donations and participated in several fundraisers that were supported by the community: Girl Scout cookie sales, flowering hanging basket sales, and Cree LED light bulb sales. The local chapter of ASME, the American Society of Mechanical Engineers, has stepped up for fives years as we have gotten this program off the ground in Los Alamos. We couldn’t have done it without ASME.

Both teams also were sponsored by Girl Scouts of New Mexico Trails with a grant from the Motorola Foundation, LANS/LANL Community Programs Office and Los Alamos Women in Science, the local chapter of IEEE. The Pickles received additional sponsorship from BridgeCare for Women, TechSource, Vest Orthodontics and Arthur Montoya, DDS.

All of the FLL teams in town have been meeting in shared space with the high school robotics team provided by Los Alamos Public Schools, and met last year in the TRK building, provided by building owner Roger Waterman. Bethlehem Lutheran Church has provided us with meeting space whenever we’ve needed it, as well.

This robotics program is growing and we expect it will continue to grow. Anyone who would like more information on starting a team or mentoring new teams, look for us at ScienceFest in July or contact us at TheAtomicFlyingPickles@gmail.com or NMFLL.ORG.