Letter To The Editor: Crash Course In Dealing With A Recession 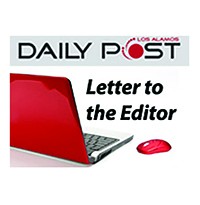 During the early months of the 2008 Recession, I panicked. The daily news was terrible. I did not think that things would ever get better. Things did get better, but hidden from view was the mounting US Federal debt ($10 trillion in 2008 and $31.4 trillion in 2023).

The value of homeowner equity in the US increased from approximately $8.77 trillion in 2010 to approximately $21.2 trillion U.S. dollars in 2020. By the way, both political parties had a hand creating the mounting debt – so no finger pointing please.

As a result of the worsening economy in 2008, I hoped for the best but planned for the worst. Recessions occur at approximately 13 year intervals. Therefore, I knew that hard times would occur again in the future.

Much has changed in America, for example, shop classes and home economics courses are no longer taught in high school. Fewer people know how to operate a lathe for machining parts because much of American industry has moved offshore.  Many people are computer literate, but they do not understand how capitalism works. You never get anything for free, you are paying for it one way or another.

During the previous recession, I began to focus on reducing expenditures. This meant doing more of my own repair work; purchasing a few low-cost / high-quality tools at pawn shops, garage sales, and flea markets (for example, hammer, handsaw, screwdrivers, files, socket set, etc.), and learning to work outside in cold Los Alamos weather.

While I was at the flea market, an Asian customer walked up to a table where tools were being sold. He held up a file and asked, “How much?” The seller said, “$1.00.” The buyer offered $0.50. The seller said, “No.” The buyer proceeded to walk to another table in search of a file. As a result of the experience, I realized that I had a lot to learn about purchasing used items.

As I ponder the upcoming recession, there are many things I have done over the years to deal with financial adversity.

The following are a few examples:

View this period of financial stress as an opportunity to increase your skills. There are many ancient types of technology which still work quite well in modern times. Spend some time on the internet or at the Mesa Public Library to learn more about thrifty methods of surviving during hard economic times. Don’t whine – WIN!