Letter To The Editor: Closing The Gender Pay Gap

Today is Equal Pay Day. It marks how far into the year a woman must work to earn as much as a man earned in the previous year.

The day is a troubling marker of how far we have to go before we close the gender pay gap. Women working full time, year round, in the US still earn an average of 78 cents for every dollar earned by men.

Although the pay gap has narrowed since the1960s, this improvement is due largely to women’s progress in education and workforce participation in the 70s and 80s. By contrast, closure has stalled over the past decade, with the trend now suggesting that we won’t see equal pay until 2139: 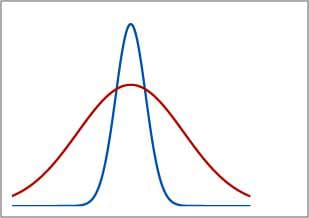 Equal pay is not simply a women’s issue, it is a family issue. Families increasingly rely on women’s wages to make ends meet. For the 40 percent of women with children under 18 who are their family’s primary breadwinner, the gender pay gap can contribute to poor living conditions, poor nutrition, and fewer opportunities for their children.

Legislative measures have been pending in Congress for several years that could improve enforcement of pay equity. Key among them is the Paycheck Fairness Act, which was reintroduced on March 25 in the House (H.R. 1619) and Senate (S. 862) by Rep. Rosa DeLauro and Sen. Barbara Mikulski. This bill provides a much-needed update to the Equal Pay Act, passed back in 1963, and will bring that law’s principles and practices in line with our nation’s other civil rights laws.

The Paycheck Fairness Act will help create incentives for employers to follow the law, empower women to negotiate for equal pay, and strengthen federal outreach and enforcement efforts. The bill will deter discrimination by strengthening penalties for equal pay violations and by prohibiting retaliation against workers who inquire about employers’ wage practices or disclose their own wages.

Passage of the Paycheck Fairness Act is one of AAUW’s top priorities for the 114th Congress. The more co-sponsors the bill attracts, the better chance we have of garnering the support needed to pass it. The gender pay gap is real and is an issue that affects millions of women and their families. Join me in urging our Congressional members—Sen.Udall, Sen. Heinrich, and Rep. Lujan—to co-sponsor and champion this important legislation. We can’t wait 124 years for the pay gap to close.

AAUW (American Association of University Women) has been empowering women since 1881.