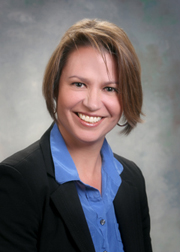 It always amazes me when I raise my head up for a breath of fresh air after a legislative session to see what varying impressions of the legislature there are in the constituency I represent.

I had an opportunity to sit down with a man from White Rock at Pig and Fig last weekend for an informed chat about education and economic development. Though he was well-versed on state government, he hadn’t realized that due to falling revenues at the state level, school budgets had already been cut TWICE, in the same school year; once during the special session of September 2016 and then again at the very beginning of the regular session this year. “Houston, it sounds like we have a communication problem!”

So I’m writing this series of columns as an attempt at doing my part to inform folks of what went on at the legislative session that just ended March 18 and what we can continue to expect from any upcoming special sessions. As always, I will be scheduling town hall meetings throughout the district to impart some of this same information and remain open to being contacted personally for questions and conversation. In fact, I’m toying with the idea of asking Laura (Hamilton) if she’ll let me make “Office Hours with your Representative” at Pig and Fig, a standing thing. Love that quiche!

I’ll begin this installment with work on the bills that I was able to pass—now sitting on the Governor’s desk awaiting her signature.

Just after the election and before the legislative session started, I was approached by Los Alamos County Municipal Judge Alan Kirk to carry legislation on behalf of the New Mexico Municipal Judges Association, of which he is president, as an attempt to respond to the bail reform that we have undergone recently in our state.

The thinking from municipal judges around the state was that, while they supported waiving bail for low income, nonviolent offenders, they had to have a way to get folks back to a hearing after their release. As the statute currently stands, Municipal Courts are the only courts whose warrant jurisdiction is limited. All other courts have statewide jurisdiction. So the municipal courts decided to seek a middle ground, rather than requesting the legislature grant them full statewide jurisdiction—which would put an undue financial burden on smaller, more rural courts with limited resources, they crafted legislation to increase their jurisdiction to the “adjoining counties” of the Municipal Court where the warrant was issued. This allows them to impact a greater portion of their outstanding warrants as defendants tend to travel within a certain proximity.

Judge Kirk was present at every committee hearing, ready to answer questions and allay concerns. House Bill 110 was voted on out of both chambers without a single negative vote and signed by the Governor due to all of his hard work. He even sat up in the Senate gallery one night until 12:08 a.m., waiting for the bill to be heard! He texted me while I was in the House chamber saying: I’ll come back tomorrow. I replied: Judge, it IS tomorrow!

Additionally, I was approached for the first time by our state Department of Military Affairs to carry a bill on their behalf to align state statute with federal practice by allowing female combatants in the National Guard. House Bill 209 passed off both Chambers and is now sitting on the Governor’s desk, awaiting her signature. It was my privilege to have had a bipartisan cosponsor on that bill with one of our legislators who also is a veteran, Sen. Bill Payne.

Finally, I was able to pass out of both chambers the House version of a bill requested by our state Higher Education Department to allow them to complete work begun in 1995 to align their course numbering systems among institutions. House Bill 108 will have the benefit of providing a cost and time savings for New Mexico’s college students who—under current articulation agreements—often graduate having taken as many as 40 extra college credits.

As a final thought, I wanted to share with you all as well the privilege I had of successfully carrying Senate Bill 245, the Confidential Substitute Address Act, for Sen. Ivey-Soto on the House floor. As many of you may already know, I have worked on domestic violence issues and funding almost every year since being elected, and I was honored to carry this bill for the sponsor that would increase safety for victims of domestic violence by creating a formal procedure for them to be able to receive mail and register to vote at an undisclosed address. I am hoping the Governor will support this bill as well.