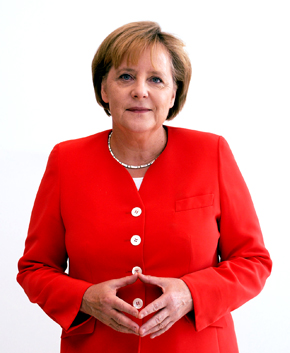 As Germany’s first female, Eastern Chancellor, Angela Merkel took to the international stage like a moth to a flame. She quickly emerged as an effective mediator among three competing forces: the United States, the European Union and Russia.

Beginning with the 2007 G-8 Summit in Heiligendamm, her expertise in matters of energy security, environmental sustainability, and climate change accorded her a distinctive voice in “high politics” that have historically excluded women at the global level. Her personal affection for both the United States and Russia has not translated into an easy time for US Presidents, nor for a more authoritarian Vladimir Putin, however.

No longer content with a junior-partner role, Merkel presents herself as a “critical friend” of the United States, taking issue with that nation’s violation of its own fundamental  values, e.g., concerning “rendition,” Guantanamo Bay and NSA spying. She has been no less direct with Putin regarding the Russian invasion of Georgia, the Crimea and eastern Ukraine. Dr. Mushaben will present some short case studies, illustrating Merkel’s efforts to keep both superpowers engaged in regional discourses while also exploring broader systemic factors underlying Germany’s more assertive behavior on behalf of “national interests.”

Having received a 1999 Women’s Trailblazer Award, the Chancellor’s Award for Excellence in Research Creativity (2007), and the Governor’s Award for Teaching Excellence (2012), Mushaben is a three-time Alexander von Humboldt Fellow, a former Ford Foundation Fellow, a guest scholar at the Chinese Academy for Social Sciences (Beijing), the East German Academy for Social Sciences (Berlin), the Central Institute for Youth Research (Leipzig) and at universities in Stuttgart and Frankfurt/Main.

See www.abqinternational.org for full calendar of events and updates.