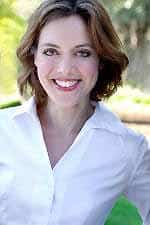 Amy Mainzer
UA News:
TUCSON, Ariz. — Amy Mainzer, one of the world’s leading scientists in asteroid detection and planetary defense, will join the University of Arizona Lunar and Planetary Laboratory as a professor of planetary sciences this fall.
Mainzer comes to the UA from the Science Division at NASA’s Jet Propulsion Laboratory, where she has worked as a senior research scientist specializing in astrophysical instrumentation and infrared astronomy.
“We are the only university in the world currently leading a NASA sample return mission to an asteroid, and Amy is among the top researchers on the study of asteroids,” said University of Arizona President Robert C. Robbins. “Her expertise complements ours. I am very excited that she is joining our team at the Lunar and Planetary Laboratory.”
As principal investigator of NASA’s Near-Earth Object Wide-field Infrared Survey Explorer mission, or NEOWISE, Mainzer has overseen the largest space-based asteroid-hunting project in history, resulting in the detection and characterization of an unprecedented number of asteroids and comets, including objects that could potentially pose a hazard to Earth at some point in the future.
Mainzer also is the principal investigator of the proposed NASA Near-Earth Object Camera, or NEOCam, a next generation space telescope that would use a similar scientific approach to fulfill a mandate from the U.S. Congress to discover nearly all of the space rocks that could pose a significant threat to Earth.
“Already a leader in this space, the UA is continuing to raise its profile as a Research 1 university in lunar and planetary sciences with the addition of Amy,” said UA Interim Provost Jeff Goldberg.
Mainzer pointed to the long-standing partnership between JPL and the UA on space missions since the days of the Voyager spacecraft in the late 1970s.
“The UA has a strong track record of delivering missions on time and under budget, with OSIRIS-REx being just the latest example,” Mainzer said. “We had PI-led instruments on JPL missions including Cassini, Mars Pathfinder, Galileo and the Phoenix lander, and we also have a long history of being leaders in ground-based planetary defense, with the Catalina Sky Survey and Spacewatch project discovering about half of all known near-Earth asteroids.”
NEOWISE has delivered physical data on an enormous number of minor planets, and efforts are underway to mine even more out of the dataset. To date, the project has resulted in the detection of more than 193,000 asteroids in infrared wavelengths – more than any other project in history – including more than 1,500 near-Earth objects, or NEOs. It has also discovered more than 30,000 new asteroids, including 285 NEOs and 28 comets. So far, NEOWISE data have been used to determine the numbers, sizes and orbital elements of NEOs, including potentially hazardous asteroids, as well as reveal the properties of other space rocks and comets.
Mainzer holds a doctorate from the University of California, Los Angeles and a Master of Science degree from the California Institute of Technology. She graduated with honors from Stanford University with a Bachelor of Science.
Prior to joining JPL in 2003, she worked as an engineer at Lockheed Martin, where she built the fine guidance camera for NASA’s Spitzer Space Telescope.
Passionate about making science accessible to all, Mainzer serves as the curriculum adviser and on-camera host for the PBS Kids series “Ready Jet Go!” – a television show aimed at teaching space and Earth science to children ages 3-8 that airs in 176 countries around the world with nearly 300 million views.
Mainzer also has appeared in numerous interviews for the History Channel, National Geographic, Discovery Channel, the BBC and other networks.
In 2018, she received the NASA Exceptional Public Service medal for her work on near-Earth asteroids. Other awards include the NASA Exceptional Scientific Achievement Medal (2012), the NASA Exceptional Achievement Medal (2011), and several NASA group achievement awards for her contributions to the Spitzer, WISE and NEOWISE missions.
Menu
Los Alamos
88°
Fair
5:48am8:24pm MDT
Feels like: 88°F
Wind: 13mph SSW
Humidity: 13%
Pressure: 30.14"Hg
UV index: 4
SatSunMon
84/63°F
90/64°F
84/59°F
Weather forecast Los Alamos, New Mexico ▸