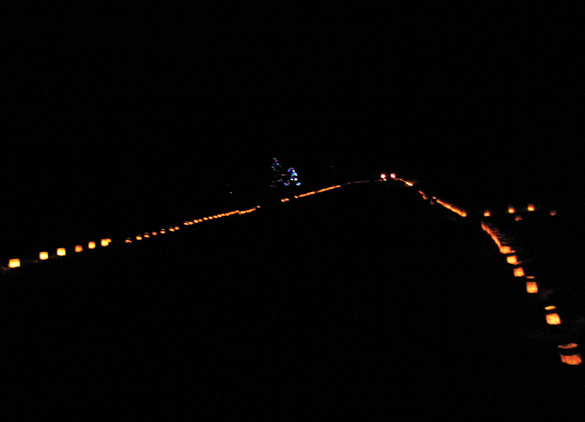 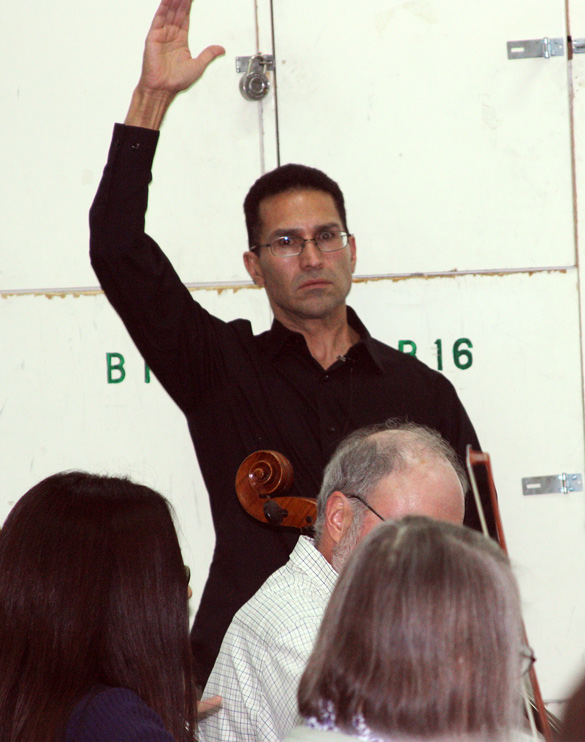 The Los Alamos Symphony Orchestra will be in concert at 7 p.m. Friday at Crossroads Bible Church. As always, the concert is free (donations gratefully accepted). The program is:

The Symphony is under the baton of its new conductor David Chavez, chosen this summer.

“I was told that there would be a series of candidates, and we would get to choose our own program,” Chavez remembered. “After accepting the invitation, I chose an all-Beethoven concert: Overture to Egmont, Violin concerto in D major, with David Felberg, and Symphony no. 5.”

“It’s electrifying to think that I was chosen as the music director for the Los Alamos Symphony,” he said.

Chavez was born and raised in Albuquerque. He has undergraduate and Master of Music degrees, music education and performance, from the University of New Mexico (UNM) and Rice University, Houston.

Chavez worked for the Albuquerque Philharmonic Orchestra as an assistant, conducting several concerts and preparing rehearsals for other conductors.  His mentor and former professor, Dr. Jorge Perez-Gomez at UNM, helped him earn recognition from the director of Saltnote Stageworks, where he conducted a production of Carmina Burana by Carl Orff in Washington, DC.

While at UNM, Chavez produced and managed several orchestras for public performance, one of which was a concert to raise public awareness for victims of hunger and homelessness.  He later produced and conducted two high profile concerts in Albuquerque which featured local violinists David Felberg, performing Dmitry Shostakovich violin concerto, and Carmelo de los Santos, performing the Mendelssohn violin concerto.

Chavez said working with LASO is a bit like being a teacher.

“I’m glad that I had the opportunity to work in the public schools before taking on this position,” he said. “It allowed me to understand various aspects of this job, such as learning to communicate, allowing for different learning styles, and varying abilities. With that being said, it is still important to insist on the one thing that is most important to the overall goal, he said. And that is to create an experience, which allows the orchestra to make music, and of course, enjoy it.”

Chavez spoke about his choice of music for this concert.

“I chose the Mozart overture for two reasons,” he said. “I wanted to select a piece that was short, relatively easy to work with, and familiar to the orchestra and I wanted the opportunity to challenge the strings with a piece that is considered standard to the audition reperire, and have them work on the intricate passages within it.

Chavez first heard Bloch’s Concerto Grosso, #1 when he was 11 or 12, but it wasn’t until late in his college career that he had a chance to perform it.

“The piece resonates with me on an emotional level,” Chavez said. “I hear the musical passion within, and it translates across to others. The piece is very intricate and requires dedication and commitment for a successful performance. It also enables the members to engage in the ownership of their symphony.

“I wanted the members of the orchestra to be ‘showcased’ as a way to supplant from programing a traditional soloist on a concerto,” Chavez said. “A typical concerto has three movements, and if the soloist performs well, the audience allows them to perform an encore. I wanted the group to feel that the concerto grosso was completed within the first three movements, and the fourth movement, the Fugue, was the encore. My goal is to have the audience applaud between movements, realizing there is one more movement.”

Chavez has many good memories of performing Beethoven’s symphony no. 7.

“It’s really difficult to decide which performance was the most outstanding, as they were all inspiring,” he said. “I do remember this piece challenging me to practice a variety of rhythms which are repeated throughout the first and last movements. To achieve this, I had to practice the rhythms with scales. I think it worked.”

“I find it very easy to latch on to the emotional content within the music,” Chavez said. “It is one of qualities that steers me into the direction to his music. As I say this, I can only imagine that others feel the same draw as I. As a budding conductor, it is an honor to have this privilege, to choose a masterpiece like this and have it performed.

“Within this symphony, there is an array of feelings present. The opening of the first movement is, to me, a highly exalted sentiment Beethoven seems to express towards God, or perhaps his faith in humanity. I know this is a stretch, but I can’t help but think, throughout all his suffering, he manages to express higher level of being through his music. As we experience the piece, we can’t help but feeling a sense of optimism and joy.

“These qualities are not as prevalent in the second movement, as he begins the movement in parallel minor (a-min). As dark as you would make it out to be, Beethoven’s sense of serenity, or peace within himself. seems to come through in the middle of the movement with the appearance of the clarinet, followed by the rest of the winds, while the strings accompany in piano-like style. The beauty of this section is absolutely magical.

“The third movement is a statement to the ‘key to life.’ That being, you are never too old to have fun. Beethoven appears to have pure enjoyment in making fun of, or better yet, having fun with traditional forms, i.e. the scherzo and trio. In the last movement, I see a culmination of the optimism and spirit. The feelings, coupled with the feeling of joy, are the main feelings that I have while performing.” 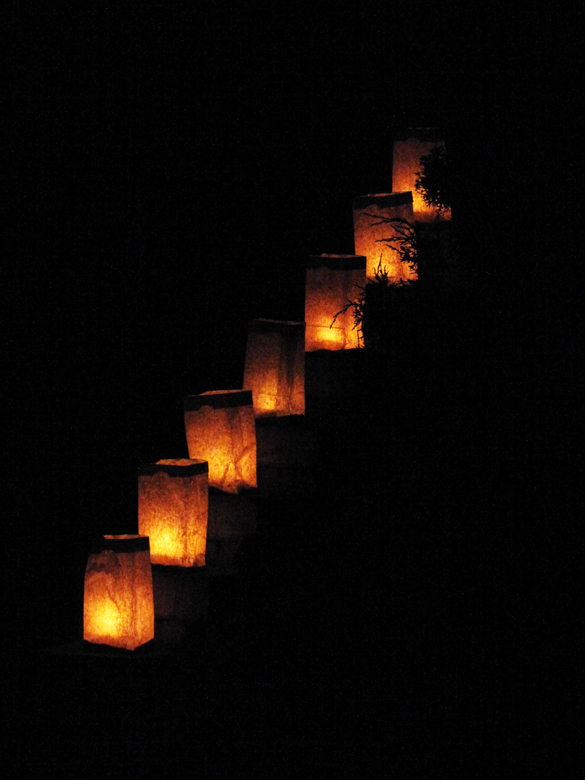