LASG Travels To Galveston For Championships 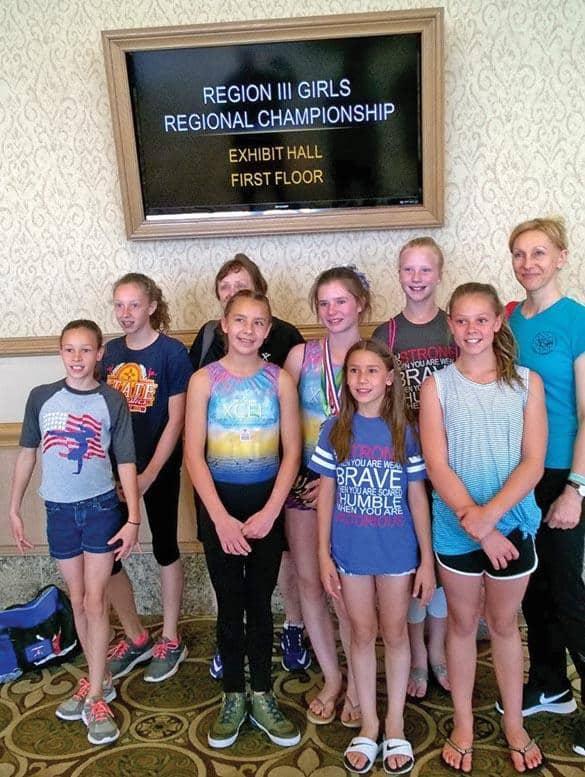 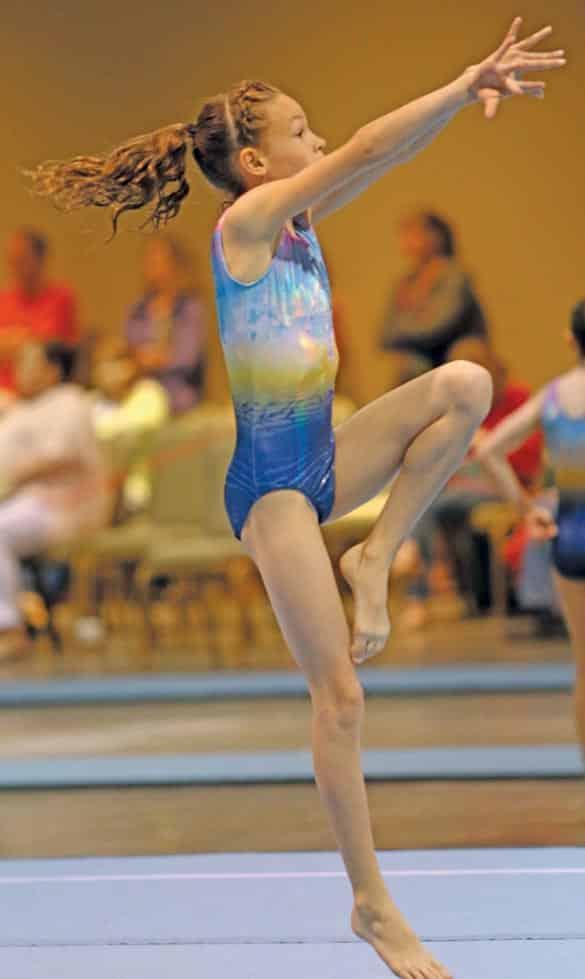 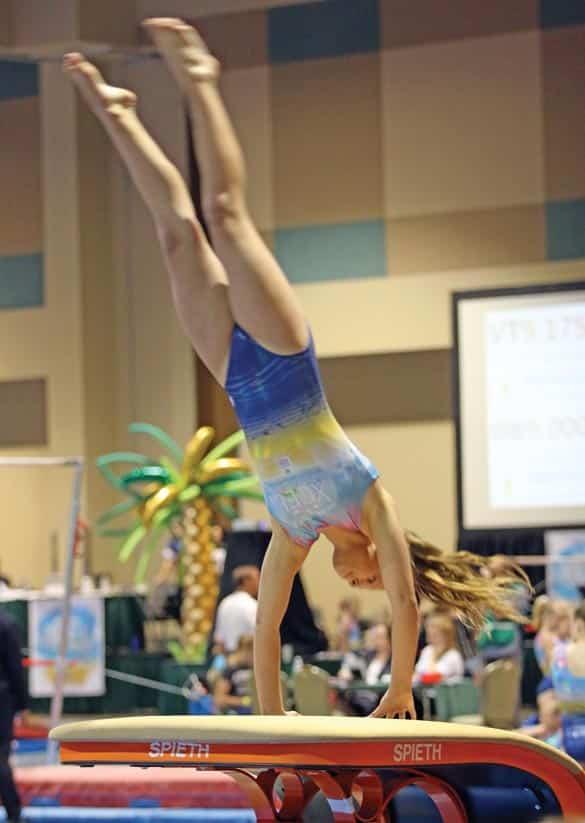 Megan Brown competes on vault. Courtesy photo
SPORTS News:
Los Alamos Atomic Tumblers travelled to Galveston, Texas, during the weekend of May 18 to compete in the Xcel Region 3 USA Gymnastics championships.
All seven states; New Mexico, Texas, Colorado, Arkansas, Wyoming, Kansas, and Oklahoma were represented.
There were 1,076 gymnasts competing in 14 sessions throughout the weekend.  There were 16 judges representing all seven states also.
In the Diamond Division competition, there were 77 competitors, and only one session. Hannah Gram finished seventh in the seniors’ division with 36.725. Gram  took sixth place on vault (9.25), bars (9.075), and floor (9.475).
She finished just in the medals with tenth on beam (9.475). Brianna Fryer placed ninth in the junior’s division on her half twist on, full twist off vault with 9.25.
Chantel Bibeault also placed ninth on vault in the younger division with a half on, full off, scoring 9.225. Kayli Lincoln qualified but was unable to attend.
In the Platinum Division competition, there were 336 competitors in four sessions.  Megan Brown, who competed in the juniors’ division, had Los Alamos’ highest finish, placing sixth with 36.675.
Brown won the silver medal on bars for her 9.325 routine. She added to that with a bronze medal on the beam for her 9.25. Colette Bibeault took sixth on bars in that same division for a 9.225, and ninth on vault with 9.25.  She finished just in the medal bracket, taking tenth with 36.025.
Anika Lovato took 10th on bars with 8.70. Sara Gardner, in an older division, also took tenth on bars with 8.70 and ninth on vault with 9.05.
In the Gold Division competition, there were 662 gymnasts in eight sessions. Los Alamos was represented in the youngest division by Kylee Lovato.  Lovato placed in the top 10 in all four events and was eighth all-around with 35.70.
Her highest event finish was on vault where she placed seventh with 8.65. She was eighth on bars with 8.85, and tenth on both beam and floor with 8.975 and 9.225 respectively.
Layla Warner scored a 36.65 in the all-around, but with tougher competition in the Juniors division she was only eleventh.  Warner finished in the top 10 on bars with a 9.20 for eighth.  Warner was 11th  on vault (9.15), and beam (9.075), and 13th  on floor with 9.225.
Aria Warner placed fifteenth in the gold senior division with 34.125. Caris Hatler and Colleen Gurule qualified but were unable to attend. 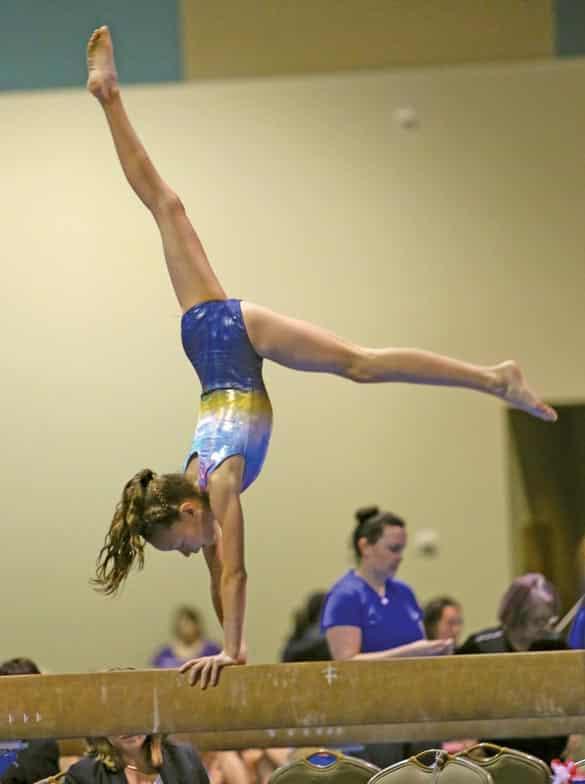 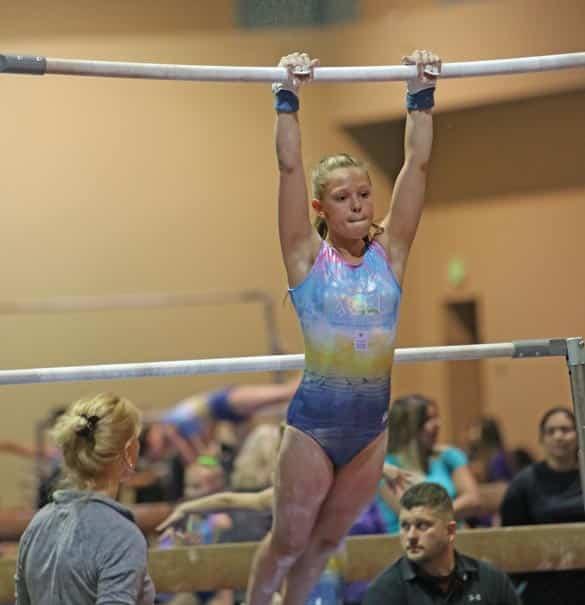