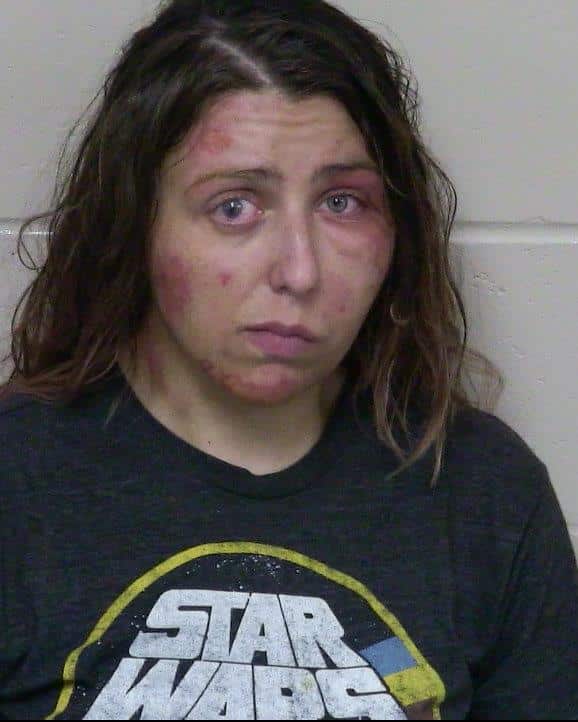 According to the request for issuance of an arrest filed by Los Alamos Police Det. Ryan Wolking, police responded to a home on Yosemite in White Rock where a caller indicated she had observed Espinoza using heroin via a needle. The caller also said she was in possession of methamphetamine, heroin and drug paraphernalia belonging to Espinoza.

When Cpl. David Boe arrived at the residence, he took possession of the heroin and methamphetamine. The caller told police she had found numerous syringes as well as what appeared to be black tar heroin and crystal meth. She said she tried to discuss the items with Espinoza and how she needed to get help. Based on a photo of needles and paraphernalia in a dresser drawer, blood he saw on the floor between the bathroom and Espinoza’s bedroom and the heroin and methamphetamine in their possession, Wolking requested a search warrant for the bedroom and bathroom used by Espinoza.

The caller expressed concern to Wolking for Espinoza’s health and safety. Because Wolking believed Espinoza to be a flight risk and the caller believed she was at “a severe risk and danger of accidentally or purposefully overdosing”, he requested an arrest warrant for her.

Police located Espinoza at a residence on Arizona Avenue and placed her under arrest. She will remain incarcerated until she appears before Judge Casados next week.