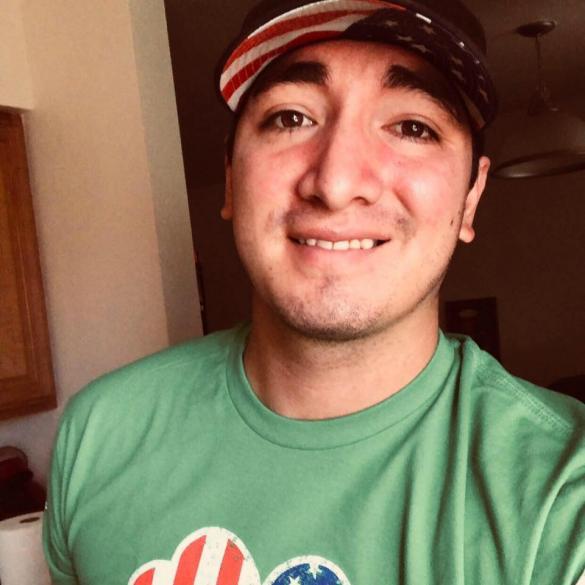 An arrest warrant is in effect for Damien Marquez, 24, for the alleged beating of a local man May 18 outside the Veterans of Foreign War Post on Deacon Street, which left the victim with serious facial injuries requiring surgery at an Albuquerque hospital.

Los Alamos Magistrate Court Judge Pat Casados signed the warrant requested May 24 by Los Alamos Police Det. Ryan Wolking for the arrest of Marquez on a charge of aggravated battery.

LAPD officers responded at 2:22 a.m. May 18 to Los Alamos Medical Center where they found the victim. He had been transported there by friends who said he was injured before he arrived home. Court documents note that the victim had multiple visible injuries to his face, was still bleeding from his mouth and was “very intoxicated”. The victim had two bruised eyes, a broken jaw, a cut above his eye and a cut on his lower lip, the LAPD incident report stated. A female witness identified Marquez as the person who had hit the victim.

The female witness told police she was giving the two men a ride home from the VFW Post when they began fighting in the car, that Marquez was in the front seat and had started punching the victim who was in the back seat. She said she drove them back to the VFW parking lot to get help from friends and that they fought there.

VFW Commander Roger Anaya confirmed Monday that Marquez was at the VFW Post earlier in the evening as the guest of a member. He said bar staff had discontinued serving alcohol to Marquez and served him only water. He was reportedly asked to leave the building and escorted outside to make sure he was not driving and was assisted into the female witness’s car. Anaya said the Post has someone on hand for security on busy nights.

Court documents indicate that Wolking made contact later in the morning of May 18 with Marquez by phone and asked him to go to the Police Department for an interview. Marquez told Wolking he was unwilling to drive because he was concerned that he still had alcohol in his system. Eventually, Wolking interviewed Marquez by phone and at the Police Department.

Wolking’s report states that Marquez’s account of the incident was similar to that of the female witness but he told Wolking that he and the victim were arguing in the car and when they returned to the VFW parking lot, a “shoving match” ensued, they wrestled, and Marquez said he punched the victim in the face when he thought the victim was pinning his arm to the ground. Wolking noted that the female witness claimed Marquez opened the victim’s door and dragged him out on to the ground. Marquez told Wolking he opened the door but denied dragging the victim out of the car.

After he obtained Marquez’s account of the incident, Wolking interviewed the female witness who said she believed the victim did not wish to fight, that Marquez was clearly the aggressor and had repeatedly told the victim to get out of the car, that he was going to “beat his ass”. She told Wolking that the event resembled an act of aggression by Marquez rather than a drunken fight between two willing drunk participants. Finally, Wolking’s report says the female witness told him the interaction was verbal on the victim’s part and that he never tried to fight back, all while Marquez “beat the (expletive)” out of the victim.

Wolking’s report includes a statement from the victim, which indicates that he didn’t know his attacker, that “this guy who was blackout drunk at the VFW” almost killed him for no reason. The victim reported that his nose was broken and had to be reconstructed, three plates and 14 screws were placed in his face and that his jaw is wired shut for six weeks. The victim’s mother later told Wolking that the victim also had developed a large yellow bruise in his neck and breast area.

A review of Marquez’s Facebook indicates that as of June 2, he was at Corona Del Mar State Beach in California.