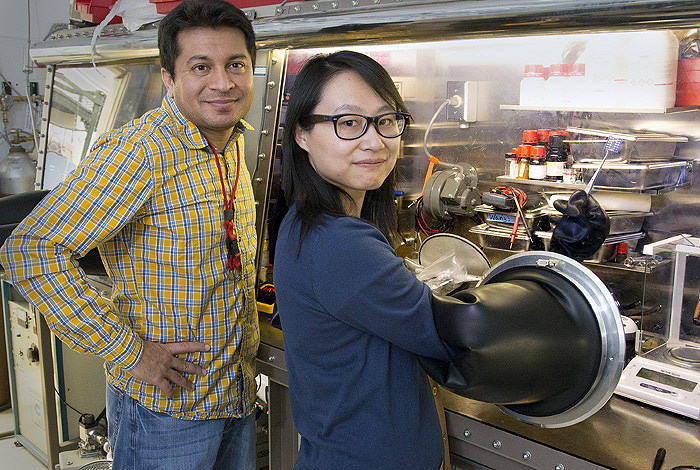 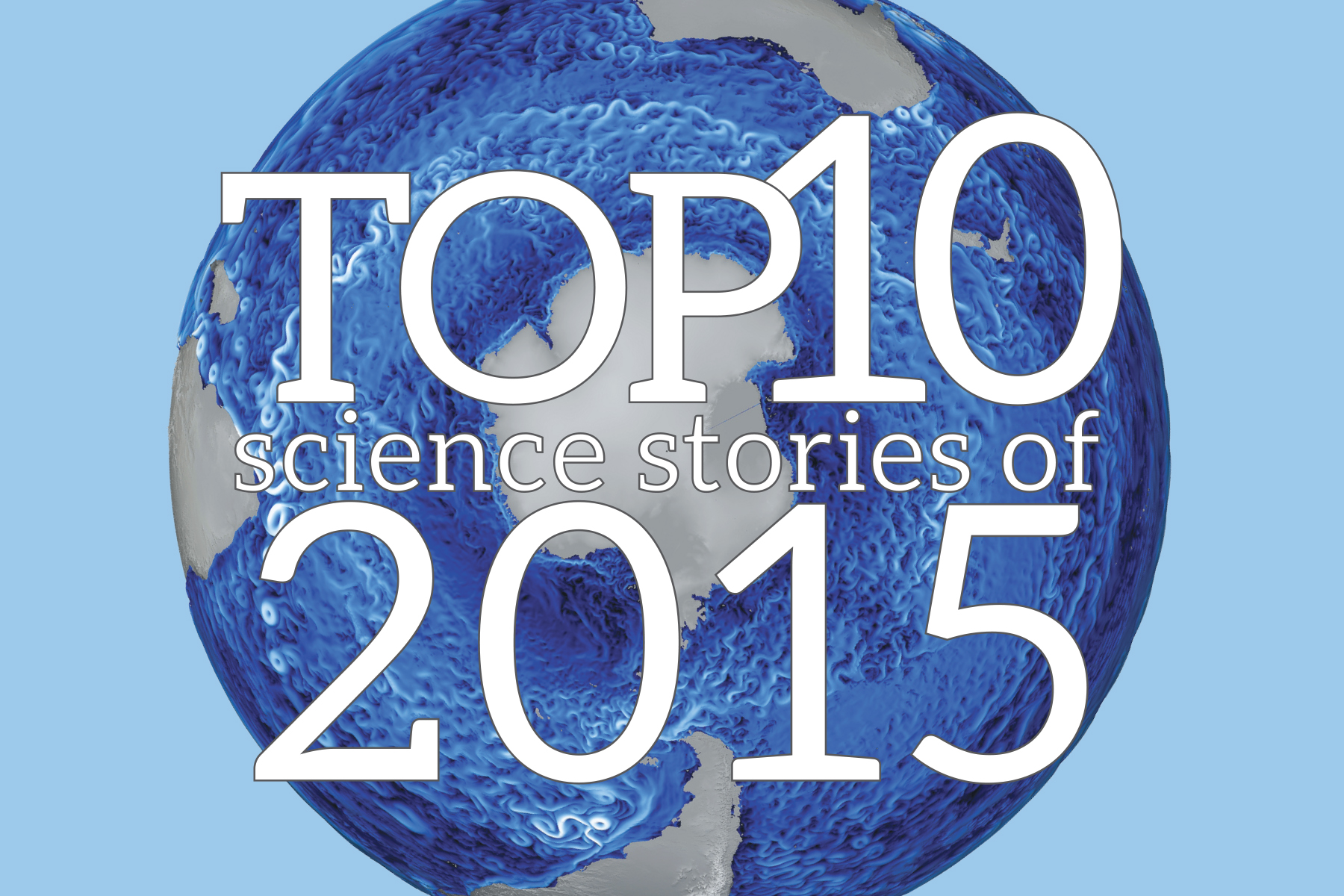 “Our commitment to delivering science and technology for the public good is underscored by the range of this year’s list of top achievements,” said Alan Bishop, principal associate director for science, technology and engineering at Los Alamos National Laboratory. “We are proud to serve the country with our unique multidisciplinary capabilities, commitment to excellence and remarkable scientific talent.”

1. Trinity to Trinity: From the first test of a nuclear weapon to a new supercomputer

In 1945, the first full-scale, real-world test of a nuclear weapon occurred at the Trinity nuclear test site in southern New Mexico, led by scientists at Los Alamos National Laboratory. Now, 70 years later, Los Alamos is embarking on a new era of testing—without ever lighting a fuse. The new Trinity supercomputer at Los Alamos aims to do nuclear testing virtually and in 3D—allowing the U.S. to continue its commitment to the ban on nuclear testing while ensuring our nuclear stockpile is safe, secure and reliable. This is Los Alamos’ newest contribution to a long legacy of supercomputing. Beginning with the Manhattan Project, a constant stream of increasingly significant, complex problems in nuclear weapons science demand timely solutions from larger and faster computers. The new Trinity supercomputer continues that journey.

Scientists at Los Alamos National Laboratory developed a computer model that clarifies the complex processes driving ocean mixing in the vast eddies that swirl across hundreds of miles of open ocean. “The model enables us to study the important processes of ocean storms, which move heat and carbon from the atmosphere into the deep ocean,” said Todd Ringler, who leads the Accelerated Climate Model for Energy ocean science team at Los Alamos. “This happens very slowly, but over the next 1,000 years, much of the fossil fuel carbon emissions will end up in the deep ocean; ocean eddies make that happen.”

3. When Smoke Gets in Your Eyes: Urban smoke absorbs sunlight, exacerbating climate warming

Cloaking urban areas and wildfire zones, tiny smoke particles suspended in the atmosphere have a sizeable effect on our climate. An analysis by a Los Alamos National Laboratory-led team found that wood burning emits organic species that coat soot particles produced by diesel combustion, creating a lens to focus sunlight and increase warming. The study also shows that the magnification is increased as the particles age and are coated with more airborne chemicals. “This is a double whammy,” said Manvendra Dubey, project leader at Los Alamos. “The transparent organics amplify soot’s warming by lensing, and then we have this very stable brown carbon that causes additional warming. We clearly elucidate the detailed processes that makes the carbon particle much more potent warming agents and provide a framework to capture them in climate models.”

Researchers at Los Alamos National Laboratory found a new solution-based hot-casting technique that allows growth of highly efficient and reproducible solar cells from large-area perovskite crystals. These state-of-the-art photovoltaics are seen as the future of efficient solar technology, using high-purity, large-area, wafer-scale single-crystalline semiconductors grown by sophisticated, high temperature crystal-growth processes. Solar cells composed of organic-inorganic perovskites offer efficiencies approaching that of silicon, but they have been plagued with some important deficiencies limiting their commercial viability. It is this failure that the Los Alamos technique successfully corrects.

Groundbreaking work at Los Alamos and Oak Ridge national laboratories confirmed plutonium’s magnetism, which scientists have long theorized but have never been able to experimentally observe over the last 70 years it has been studied. But that’s changed. Using neutron scattering, researchers from these two labs made the first direct measurements of a unique characteristic of plutonium’s fluctuating magnetism. In a paper in the journal Science Advances, Marc Janoschek from Los Alamos, the paper’s lead scientist, explained that plutonium is not devoid of magnetism, but in fact its magnetism is just in a constant state of flux, making it nearly impossible to detect. The advances that enabled the discovery hold great promise for materials, energy and computing applications.

As the number of cyber attacks continues to rise, both business and government are looking for ways to keep their data safe. Los Alamos National Laboratory partnered with Ernst & Young LLP to commercialize PathScan, a network-anomaly detection tool developed at Los Alamos that searches for deviations in normal communication patterns that might indicate a cyber intruder. Unlike traditional security tools that look for malware or network signatures, PathScan searches for deviations from normal patterns of communication that are indicative of an intruder’s presence. By creating a deep behavioral model of a network, it can expose intruders and insiders causing local anomalies during their activity.

A pair of novel molecules synthesized by a Los Alamos National Laboratory explosives chemist could usher in a new class of explosives that provide high-energy output with enhanced safety. The first molecule, a dinitro-diamino compound, displays performance approaching that of conventional high performance materials, but is insensitive to impact spark and friction, making it very safe to handle.  The second, a new heterocyclic ring system called a tricyclic 1,2,3,4-tetrazine, is more like a conventional energetic in performance and safety, and forms the foundation of the synthesis of future materials of similar structure. “The materials could have applications where almost any kind of energetic is needed,” said David Chavez, the explosives chemist. “These could replace explosives and propellants that can’t meet today’s safety requirements.”

A team at Los Alamos National Laboratory is creating a portable MRI, also called Battlefield MRI (bMRI), by using ultra-low field magnetic resonance imaging to take pictures of the brain. bMRI is significantly cheaper and much more portable than traditional MRI machines. The goal is to deploy bMRI to the battlefield, hospitals in developing countries and other hard-to-reach places to help save lives. “We’ve been in contact with doctors who routinely work in the Third World and report that MRI would be extremely valuable in treating pediatric encephalopathy, and other serious diseases in children,” said Michelle Espy, project leader. bMRI was named one of the Top 10 Breakthroughs of 2015 by Physics World magazine.

New research from a multidisciplinary team shows that a molecular fingerprint, termed “signature 3,” is found in stomach cancer, opening the door to potential treatment with therapies such as platinum drugs. This finding has the potential to save thousand of lives a year by delivering a more effective, targeted treatment for cancer patients. A Los Alamos National Laboratory-led team performed a large-scale computational screen across 36 different tumor types. They confirmed the previously noted presence of signature 3 in breast, ovarian and pancreatic cancers, but unexpectedly found new evidence for the presence of this same signature in stomach cancer.

10. A Diverse Reach: Fighting cancer and other medical uses of isotopes

Los Alamos National Laboratory is using its nuclear expertise to battle cancer and help in the diagnosis and treatment of other diseases. In the fight against cancer, Los Alamos has made significant strides in the fundamental understanding of actinium-225 (Ac-225) to enable its use in clinics for targeted cancer therapy. Ac-225 is one of a new class of radioactive therapies called alpha-emitting isotopes. These isotopes are unique because of their ability to destroy cancer without hurting healthy tissue. Other uses for medical isotopes produced by Los Alamos include the diagnosis of cardiac disease; the calibration of PET scanners which in turn diagnose cancer, neurological disease, inflammatory diseases, trauma, and other circulatory diseases; and the potential treatment of a variety of localized pathologies.