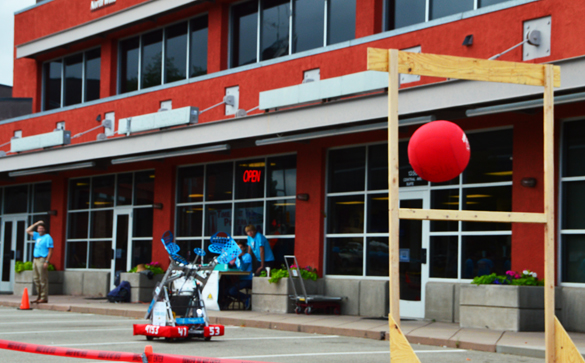 Like Oscars for films and Emmys for television, R&D 100s are among the best known annual awards in the domain of new inventions, setting standards of excellence and spotlighting new technologies.

The awards are named for a leading research and development magazine whose expert panels choose each year the 100 most significant new discoveries from consumer products to scientific breakthroughs.

For 2015, Los Alamos National Laboratory had four finalists in the competition. But the Lab emerged this month with only one of the 100 awards. In a competition where all the winners are considered equal, full credit goes to LANL’s winning entry, a software package known as SHMTools.

The system is designed to help monitor structural health, an emerging engineering capability useful for measuring and sustaining the safety and integrity of all kinds of infrastructure from buildings and bridges to aircraft and spacecraft, including the equipment and machines upon which we depend daily.

The package is versatile, adaptable and freely available for researchers from a LANL website. It includes more than 100 algorithms, mathematical processes that help visualize the information derived from the data from almost any kind of structural sensor 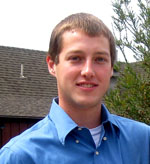 Until recently, the only way to know what was happening behind the walls and under the skin of a building was to wait until it broke, or tear it apart to look inside. One aspect of SHM, structural health  monitoring, is that it can be performed before failure takes place and it can be used without disruptive and invasive procedures.

Last year LANL researchers at the Engineering Institute won an R&D 100 award in collaboration with their partners in the Jacobs School of Engineering of the University of California San Diego, for an Acoustic Wavenumber Spectroscopy instrument that solved a major problem for the European aircraft company Airbus. 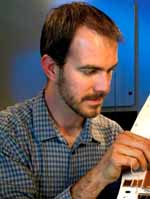 In 2012, according to R&D 100’s write-up for the award, Airbus was forced to ground all their superjumbo A380 planes to conduct emergency inspections after cracks were found in some of their wings. The LANL-UCSD sensor enabled the aircraft to monitor the vulnerable components on a continuous basis without costly downtime.

The principal investigators in that project was Eric Flynn who first came to Los Alamos for the  Engineering Institute’s Dynamics Summer School in 2005.

In an email, just after LANL’s R&D award was announced, Chuck Farrar, who leads the Engineering Institute, recalled the early days of the SHMTools project, when he and UCSD professor Michael Todd thought of a long term project for some UCSD graduate students including Eric Flynn, Dustin Harvey and Stuart Taylor – “with the goal of developing a ‘product’ beyond just the typical refereed journal publications and dissertation that result from most graduate studies.”

They had in mind, Farrar recalled, that this might be a way to bring international recognition to the Engineering Institute as a teacher in structural health monitoring research, development and applications.

“And it would also bring recognition to these early career researchers beyond the typical academic metrics,” he added. “Note that although Eric, Dustin and Stuart led this effort and were the major contributors to the software architecture and algorithm development, there were quite a few other UCSD graduate students and LANL GRA’s that they managed in the development of this software, including two who have gone on to faculty positions at Princeton and Harvard.”

Asked to speculate on why this package of software was recognized in such a competitive field,  Farrar offered what he called, “a pure guess.”

First, he said, people can understand the need for damage detection capability, even if they aren’t working in this field. “Nobody would say no to knowing that their aircraft was going to be safe,” he said. “Secondly, the level of institutions and world-wide interest.”

A recent visit to the SHMTools site indicated that there have been 13,416 downloads of the software so far. A list of institutions provided by Farrar includes a prestigious international and domestic universities, government agencies, national laboratories, and private companies at home and abroad.

Will there be a commercial use? That remains to be seen. Although, the critical deficit in infrastructure maintenance, symbolized by the catastrophic failure in 2007 of the I-35 bridge over the Mississippi River at Minneapolis, may be the first problem that comes to mind, Farrar was more bullish on some of the specialized needs.

Large public facilities like major telescopes are good candidates, because they are so expensive to build and operate that it is difficult to take them offline to give them a good structural check-up. The Army Corps of Engineers has a lot of aging locks in the inland waterways. It might make good economic sense to get them on a structural health program, he noted, before failure.

For the aerospace industry, a diagnostic modeling package for rotating machinery was recently added to the software package that would be useful for helicopters, for example. Farrar said that the Brazilian airframe company, Embraer, one of the largest airplane manufacturers in the world was very proactive on structural safety for their regional jet fleet. They might be the kind of private company that would want to pick up this kind of property and open it up to a wider audience.