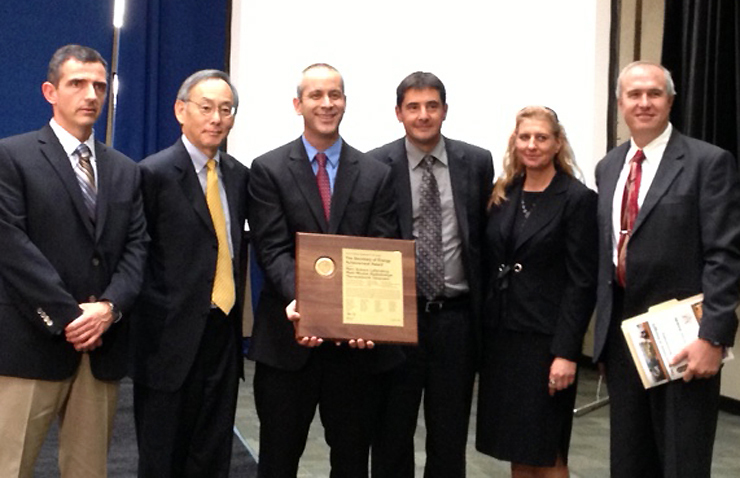 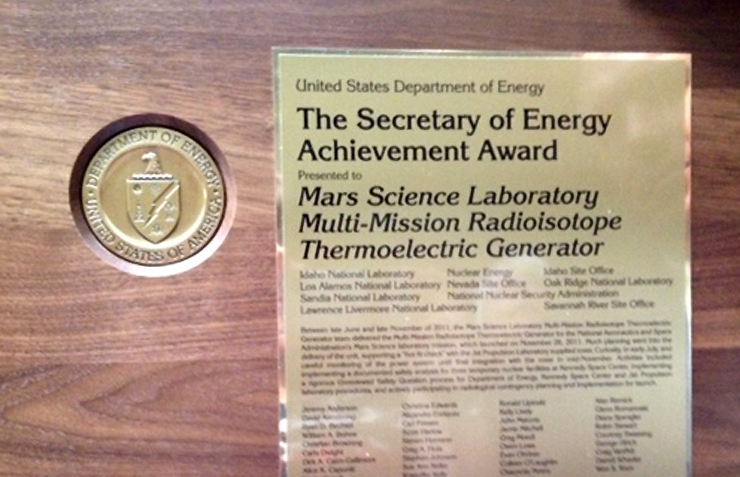 Photo: The award recognizes LANL’s contribution to Mars rover power source.
The award was presented by Secretary of Energy Steven Chu to Craig Van Pelt, Alejandro Enriquez, Diane Spengler, John Matonic and David Armstrong Oct. 4 in Washington D.C.
The Secretary of Energy’s Achievement Award is bestowed on a group or team of employees who together accomplished significant achievements on behalf of DOE.
Powering a rover as sophisticated as Curiosity is only made possible through the Plutonium-238 fueled Multi-Mission Radioisotope Thermoelectric Generator (MMRTG), which was successful in part due to the LANL employees who worked on this project.
The MMRTG keeps the rover’s battery charged night and day, giving Curiosity the potential of being the longest-operating, farthest-traveling, most-productive Mars surface mission in history.
The MMRTG converts thermal energy into electrical energy. Radioactive decay produces heat.
That heat is used to raise the temperature across a thermocouple. In its simplest form a thermocouple, which has no moving parts, is a device made of two kinds of semimetals that conduct electricity.
The different semimetals are connected in a closed loop. Electricity is produced when the junctions where the metals meet are at different temperatures.
Deep space and planetary explorations by NASA that have used RTG heat sources developed at Los Alamos include the Cassini mission to Saturn, the New Horizons mission to Pluto and the Curiosity rover.
LANL-built heat sources also have been used for national security applications. 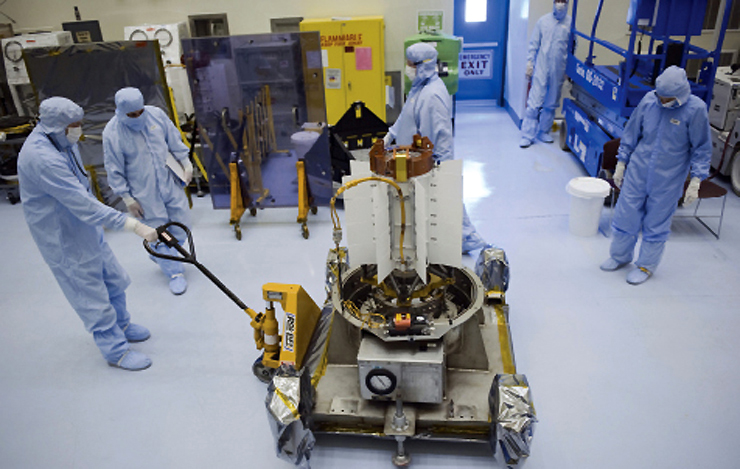