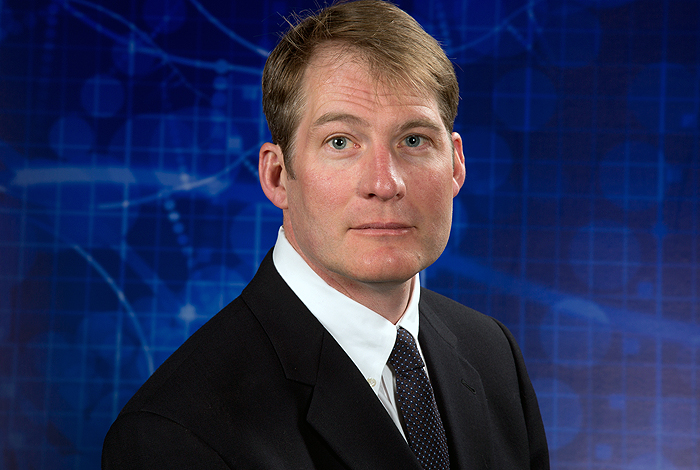 “The DOE Early Career Research Award represents both a significant honor and a tremendous career opportunity. The support provided by this award will afford me the resources to build a research program that is closely aligned with my expertise and fundamental research interests,” said Rowland, of the Laboratory’s Earth System Observations Group. “The linkages between land-surface processes and climate dynamics to be studied in my funded research represent a new research direction for earth and climate sciences at the Laboratory and will serve to expand and strengthen the Lab’s contributions to DOE’s climate science research portfolio.”

“Joel contributed to the vitality of our Laboratory as a postdoc and continues to provide an innovative and intellectual spark as a staff member,” Laboratory Director Charlie McMillan said. “It is a tremendous early career accomplishment for Joel to be the recipient of this prestigious award, and an honor for the Laboratory. I congratulate him on his successful research.”

The Early Career Research Program, now in its fifth year, is designed to bolster the nation’s scientific workforce by providing support to exceptional researchers during the crucial early career years, when many scientists do their most formative work.

Under the program, researchers based at DOE national laboratories will receive financial assistance, still to be determined, to cover year-round salary plus research expenses. The funding is for the first year of planned five-year research grants, subject to congressional appropriations.

Joel Rowland received a doctoral degree in earth and planetary science from the University of California, Berkeley in 2007. His research focused on the formation of channels in deltaic systems and the hydrological sedimentological dynamics of river flood plains.

He was a Director’s Funded postdoc from July 2008 to July 2010 in Los Alamos’ Earth and Environmental Sciences Division. Rowland has been a staff scientist since July 2010; his research focus has been on land surface dynamics in Arctic environments, with particular focus on how rivers and lakes in permafrost settings will respond to warming, permafrost loss and changes in hydrology. Rowland is part of the Laboratory’s Climate Ocean Sea Ice Modeling team on Arctic terrestrial hydrology and coupling terrestrial systems to ocean modeling. He also is part of DOE’s Next Generation Ecosystem Experiment Arctic research project team.