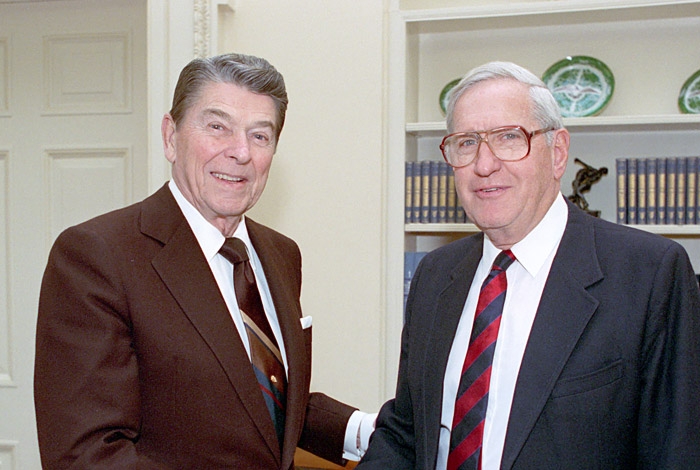 Los Alamos National Laboratory Director Charlie McMillan today remembered Harold Agnew as a national treasure who transformed the Laboratory into what it is in the 21st century.

“His contributions to the Laboratory made us the institution we are today,” McMillan said. “It was his vision – decades ago – that recognized that national security science brings value to a broad spectrum of breakthroughs. Los Alamos and the nation will be forever in Harold’s debt.”

Agnew died at home on Sunday, Sept. 29, his family announced.

He was the third director of Los Alamos National Laboratory, succeeding Robert Oppenheimer and Norris Bradbury. He served from 1970 to 1979.

During the Manhattan Project, Agnew came to Los Alamos as a graduate student. He was a scientific observer on the 1945 bombing of Hiroshima, Japan – the first-ever use of an atomic bomb in war.

After World War II, Agnew completed his graduate studies under Enrico Fermi at the University of Chicago and returned to Los Alamos to work in the Weapons Nuclear Engineering division, where he stayed until he became Laboratory director.

He is credited with developing fail-safe methods for nuclear weapons that are still used today.

Following his career at Los Alamos, Agnew became president and CEO of General Atomics, a position he held until 1985. He chaired the General Advisory Committee of the Arms Control and Disarmament Agency and served as a science advisor to the White House from 1982 to 1989.

“Harold was also extremely influential in promoting the safe application of nuclear energy as a means of generating electricity,” LANL historian Alan Carr said. “His foresight was remarkable and his work resonates today.”

Former Los Alamos Director John Browne echoed the sentiment: “Harold was one of the pioneering leaders in nuclear science and technology. His many contributions over the past 70 years have left a positive legacy on Los Alamos and the nation.”

In a 1976 presentation, Agnew said “A thousand-megawatt coal plant produces six million cubic feet of ash per year, a fission plant less than a cubic yard. Sooner or later the whole world will realize that they cannot turn their backs on the benefits of the nucleus.” 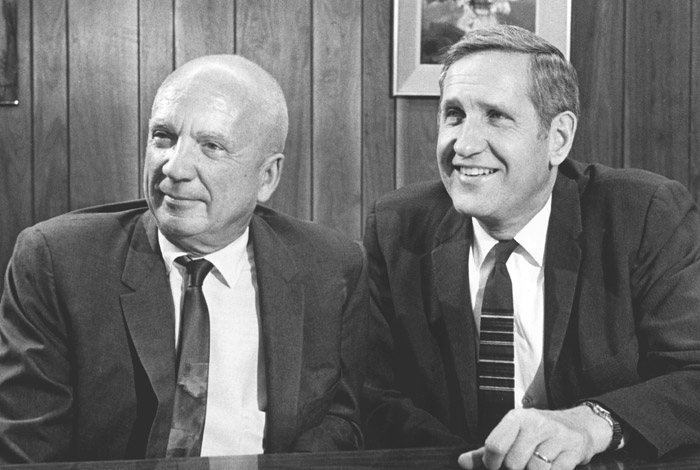