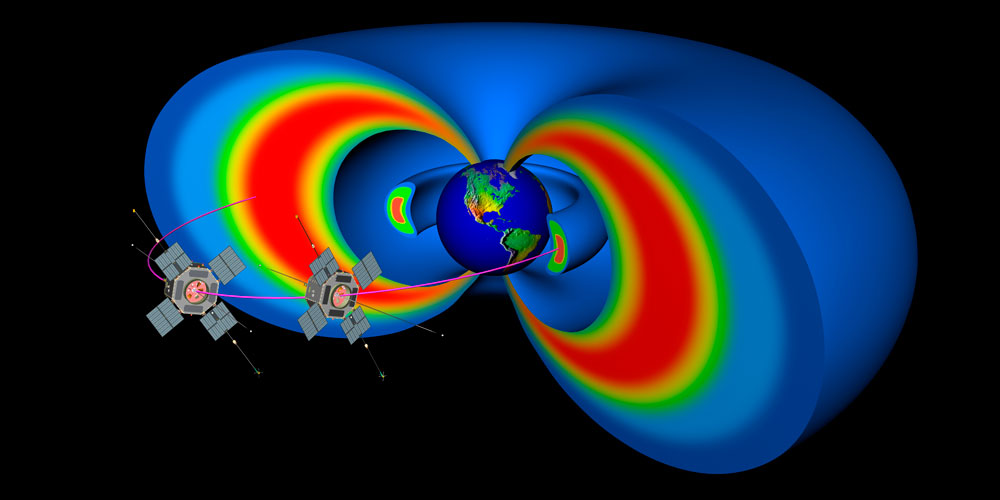 Los Alamos National Laboratory expertise in radiation detection and shielding is poised to help a national team of scientists better understand a mysterious region that can create hazardous space weather near our home planet.

The Helium Oxygen Proton Electron (HOPE) analyzer is one of a suite of instruments that was successfully launched today as part of the Radiation Belt Storm Probe mission—an effort by NASA and the Johns Hopkins University’s Applied Physics Laboratory to gain insight into the Sun’s influence on Earth and near-Earth space by studying our planet’s radiation belt.

The radiation belt—also known as the Van Allen belt in honor of its discoverer, James Van Allen—is a donut shaped soup of charged particles that surrounds Earth and occupies the inner region of our planet’s Magnetosphere.

The outer region of the belt is comprised of extremely high-energy electrons, a shower of tiny, negatively charged bullets if you will, that can easily pierce the skin of spacecraft and knock out their electrical components. Because of these hazards, spacecraft routinely avoid the region.

“Today we are boldly going where no spacecraft ever wants to go,” said plasma physicist Geoffrey Reeves of Los Alamos National Laboratory’s Intelligence and Space Research Division. “We know we’re going into the riskiest of environments, so we’ve taken the greatest steps ensure the satellites can complete their mission.”

Combined with its inner region of energetic protons and electrons, the Radiation Belt is thought to be a product of cosmic rays and charged particles from the Sun carried toward Earth by the solar wind.

The energy of particles within the belt constantly changes, and scientists have sought for decades to understand the mechanisms underlying these fluctuations. 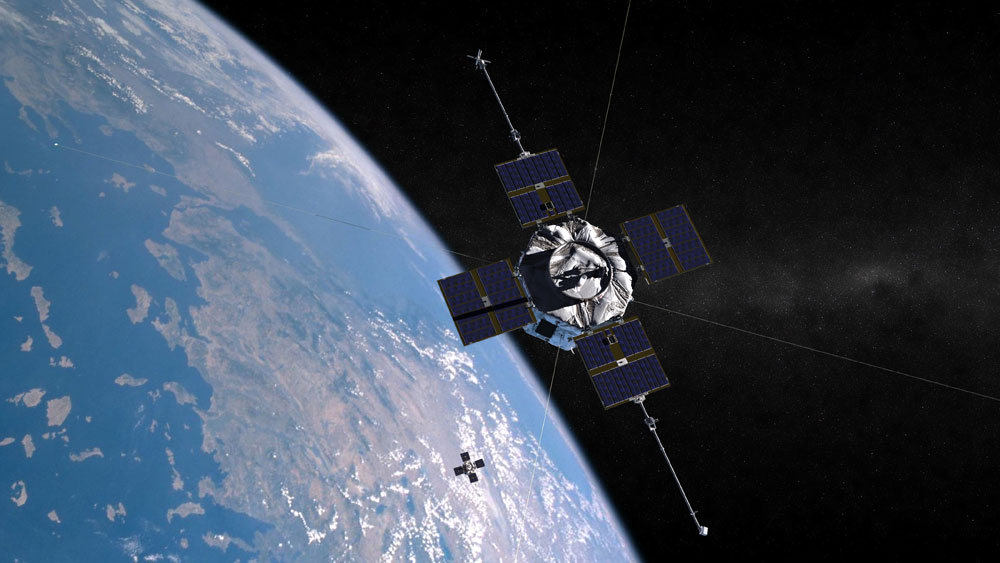 Some space scientists originally thought the intensity of the radiation belts was fairly predictable. Conventional thought assumed that radiation energy levels within the belt increased when the belt was hammered by a large solar storm. However, recent observations have shown that radiation energy intensifies only about half the time after a storm interacts with the belt; in fact, about one-quarter of the time, energy within the belt actually decreases on the heels of a solar drubbing, Reeves said.

“We now know that big storms do not necessarily create large amounts of radiation,” he said.

Understanding the radiation belt environment and its variability has extremely important practical applications in the areas of spacecraft operations, spacecraft and spacecraft system design, and mission planning and astronaut safety.

To better observe the complex processes in the radiation belts, the RBSP mission is sending a pair of probes to circle the Earth. The probes will orbit at different speeds, allowing researchers to see subtle energy changes from dual vantage points on much shorter time scales than anything available from Earth’s surface.

The Los-Alamos-designed HOPE instrument is part of a subset of instruments aboard the craft that will directly measure near-Earth space radiation particles to understand the physical processes that control the acceleration, global distribution, and variability of radiation belt electrons and ions.

One of the things that makes HOPE unique is the instrument’s ability to measure the more subtle, low-energy particles (electrons, hydrogen, and helium and oxygen ions) while under intense fire from the radiation belts’ high-energy particles.

“It’s like measuring the smallest, slowest raindrops in the eyewall of a hurricane,” said Herb Funsten, principal investigator for HOPE instrument and chief engineer for Los Alamos’ Intelligence and Space Research Division. “This is a tremendously difficult measurement. We detect atoms and electrons one at a time, and we sort the atoms by their weight. We have to make sure that the high-energy electron bullets that penetrate the instrument walls don’t mess up our measurements.”

The ability to successfully design and build an instrument to provide precise measurements under demanding high-energy conditions not only aids the RBSP mission, but can provide useful expertise for future intelligence applications as well.

A dozen instruments aboard the two probes will help unravel mysteries of the Van Allen Belt, but HOPE will be one of the last of the group to switch on.

Because of HOPE’s sensitivity to contamination, scientists will give the spacecraft time to complete its thruster firings, and for any remaining trapped gas in the spacecraft and instrument to dissipate before HOPE begins taking measurements.

“We’ll wait for the probe to shed the rest of its spacecraft body odor before we turn on,” Reeves said. “Then, all the instruments will work together to solve the radiation belt puzzle. Ultimately we want to make life better here on the ground by making sure all satellite keep working the way they are supposed to.”

The RBSP mission is slated to continue for two years. Los Alamos scientists are hoping to begin having preliminary data to share with other space scientists by the end of the year if the mission experiences no complications.

For more information about RBSP, visit the mission’s website: http://rbsp.jhuapl.edu/index.php