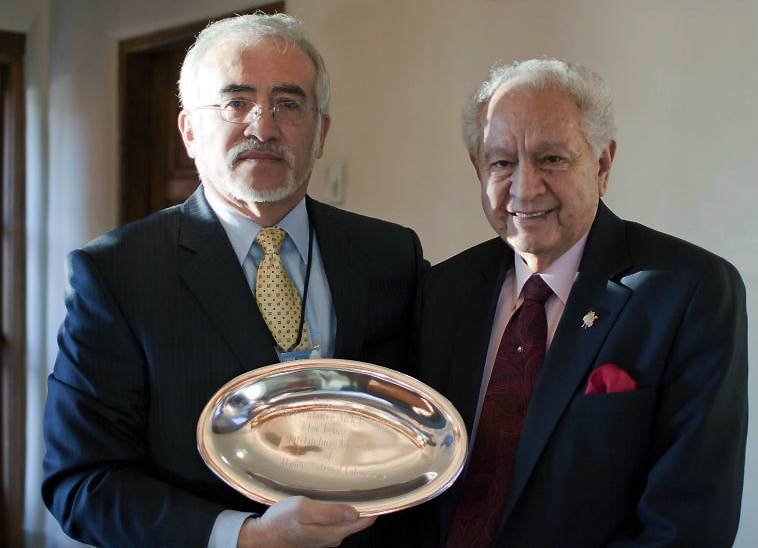 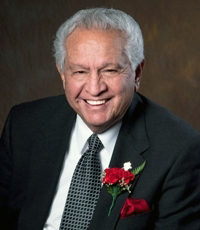 Salazar received the highest honor recognizing his profound and significant contributions during his 63 years of service, which include expanding opportunities for research and development, small business and minority business development, transfer of technology initiatives, math and science programs, job training and development while advocating for stringent environmental protection regulations.

He always fiercely argued that we must work toward striking a balance.

“I am honored to receive the ‘Lifetime Achievement Award’ from the Department of Energy and my employer of 63 years, Los Alamos National Laboratory, Salazar said. “I want to thank them for giving me the opportunity to participate in the tremendous science going on at the Laboratory. They have also given me the opportunity to serve my community and my legislative district, and the people of the State of New Mexico while an employee of the Lab. Thank you for the tremendous outreach to our local communities.”

Salazar is one of the longest serving (40 years) and most senior members of the House of Representatives. He was first elected in 1973 and has served as a mentor to many legislators and state leaders throughout the years.

House Majority Leader Rick Miera, D-Bernalillo says, “He has been the voice of advocacy, consistently articulating the point that New Mexicans should be fully maximizing the benefits of the presence of such a world renowned national laboratory. He has been the champion for initiating programs that have created enormous opportunities for New Mexicans, especially for young people and the working class. The recognition is well deserved.”

Rep. Henry “Kiki” Saavedra, D-Bernalillo, who attended the award ceremony said, “Rep. Salazar is the gentleman of gentlemen. Not only that – he’s bright, he keeps to himself, but every time he speaks people listen. And I am one of them.”

Rep. Jim Trujillo, D-Santa Fe added, “His type of leadership is the type that everyone appreciates because he’s soft spoken and patient, but extremely effective. His involvement in the community is to be commended. He’s been the chairman of the North Central Economic Development for decades in addition to his responsibilities at Los Alamos National Lab and in the House of Representatives.”

Salazar is a resident of San Juan Pueblo. He is married to Maria Ana and has three adult children, Yvonne, Earl and Gregory.